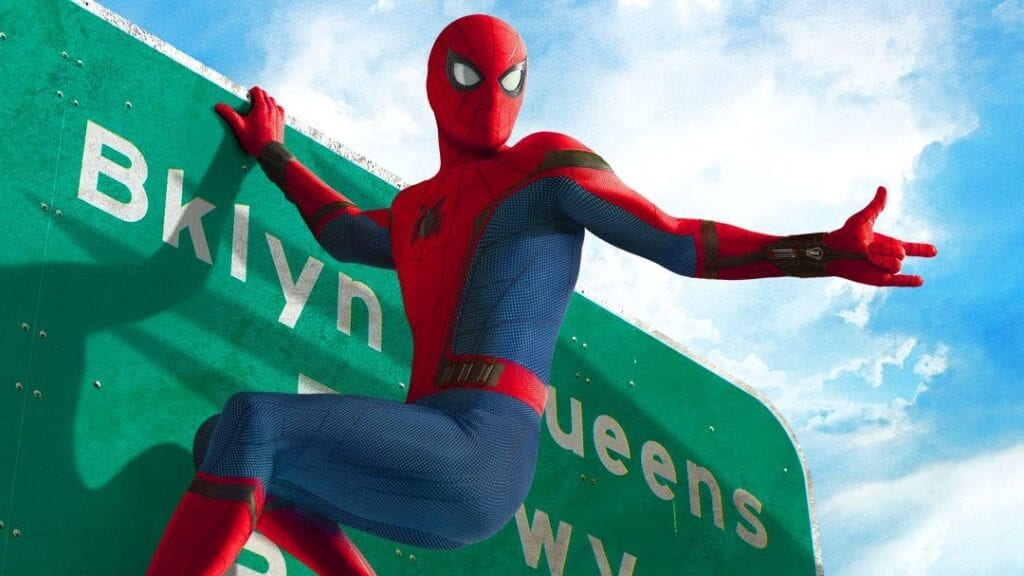 After quite the amazing debut in Captain America: Civil War, everyone’s favorite spider-themed superhero, Spider-Man, will be swinging into theaters this summer in Spider-Man: Homecoming. Since this will be the webhead’s first solo film within the Marvel Cinematic Universe, Sony and Marvel Studios have taken every opportunity to remind everyone that the film indeed takes place alongside the events of the highly successful Avengers franchise. A new batch of teaser posters, not deviating from this trend, have taken the movie’s “Homecoming” subtitle very literally, with each one-sheet progressively showing Spidey’s journey towards his home of Queens, New York.

The first poster sees the scarlet hero scaling the walls of Tony Stark‘s base of operations, Avengers Tower, looking off into the New York City skyline. This is undoubtedly a hint at Peter Parker’s desire to join the ultra-powered team, which seems more and more likely to happen with the looming threat of Thanos becoming a reality in next year’s Avengers: Infinity War. 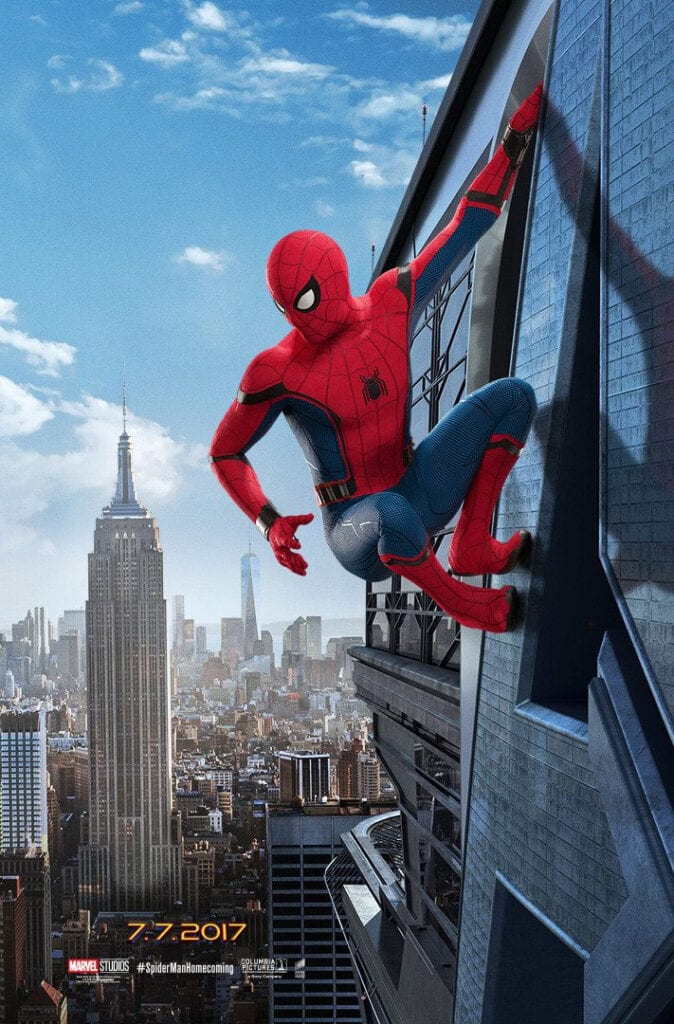 Poster number two shows Spider-Man taking a relaxing music break on a bridge, with Avengers Tower and the Empire State Building in the background. The teenaged hero is also sporting a yellow jacket embroidered with a Midtown School of Science & Technology patch, driving home the notion that Homecoming will be, first and foremost, a teen movie. 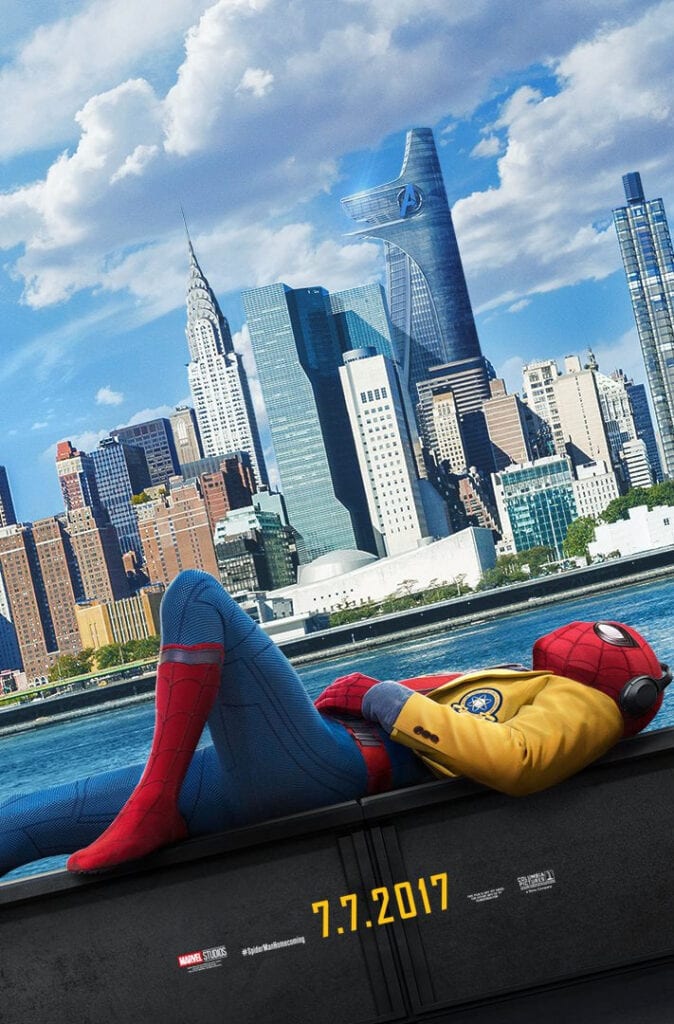 The most recent poster portrays our friendly neighborhood web-slinger planted on the side of a freeway sign, featuring the landmarks that highlighted the two previous posters far off in the background. The sign’s displayed words “Bklyn Queens” may be a reference to Spider-Man’s last interaction with Captain America, in which an impressed Star-Spangled Man asked him where he was from. Spidey answered with “Queens”, and Cap with a grin responded with “Brooklyn”. 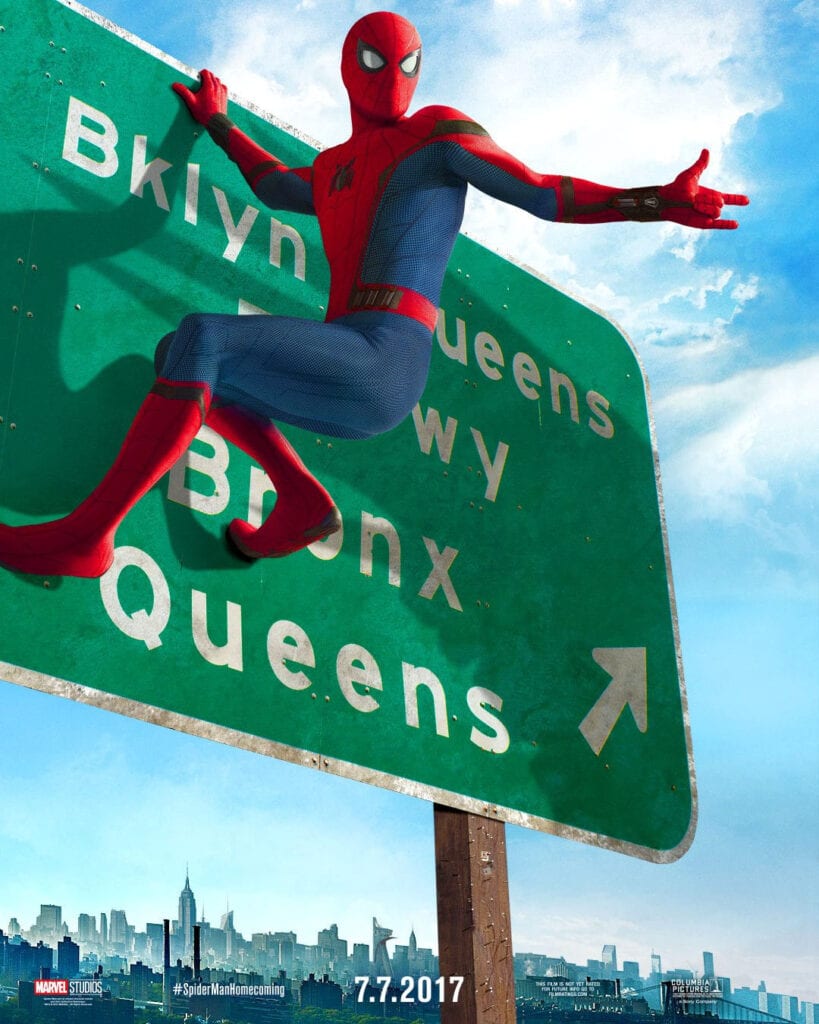 With the marketing beginning to ramp up for Spider-Man: Homecoming, it seems like there won’t be too long of a wait until we get another trailer to ogle. Until then, we’ll have the wall-crawler’s poster-form quest home to hold us over. The film is set to hit theaters July 7th.

Are you looking forward to Spider-Man’s next solo-outing? Do you think they’ll release more teaser posters of Peter’s journey? Spin a web of conversation in the comments below and be sure to follow DFTG on Twitter for more comic book movie updates in the future. You can also head over to our official Disqus channel if you enjoy talking about video games and such. For more on the MCU, check out these stories below: 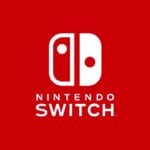