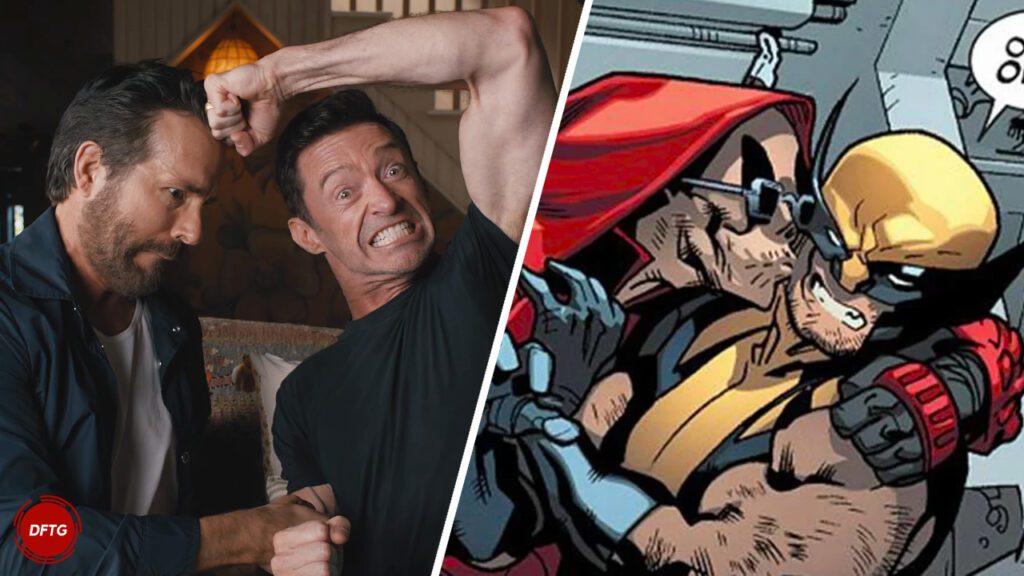 The Marvel Cinematic Universe has continued to dominate the box office and wider media landscape, with one particular MCU project exciting many has been the inclusion of Deadpool in the film universe. After Disney’s acquisition of 20th Century Fox, Marvel Studios had promised that Wade Wilson would be joining his non-mutant cohorts. Marvel only upped the ante of expectations last week by confirming that Hugh Jackman would be surprisingly returning as Wolverine for the third Deadpool movie, which was met with much praise and memery online. Now, some faithful fans have discovered old comments that might have leaked the Deadpool 3 plot.

It’s critical to have open, honest and healthy discussions around mental health. By retweeting #BellLetsTalk you can make a difference. In case that’s not enough, before Disney bought Fox, Deadpool 3 was gonna be a road trip between Deadpool and Logan. Rashomon style. For real.

After the announcement of Hugh Jackman’s involvement with the new Deadpool movie, several sources and fans re-discoverd a year-old tweet from Ryan Reynolds’ official Twitter account. The tweet was made by Reynolds to garner visible support for #BellLetsTalk, a social media campaign by Bell Canada that raises money for mental health charities in Canada every year. The tweet exhibits Reynolds’s usual brand of playful foolery, but with what now seems oddly prescient of the future.

In the tweet, Reynolds suggests that before the Fox acquisition, the Deadpool 3 plot was going to involve a road trip adventure for the duo of Logan and Deadpool. He also references a 50s-era mystery film called Rashomon, which is famous for its plot device involving characters who retell vastly different and often contradictory versions of the same events. At the time of discussion, no details about the film were yet none, with Jackman’s participation seeming very unlikely, given his intention for the 2017 Logan movie being his final bow as the character.

This comes after Ryan Reynolds has increased his teasing for the upcoming threequel, including a video where he and Jackman “accidentally” get muted while discussing the movie. Some clever lip-readers have attempted to decode whatever inaudible secrets might be hiding, with some suggesting the Deadpool 3 plot might exist outside of the timeline of Logan. Time will tell if it ends up being the actual plot of the third movie, but it wouldn’t be outside the realm of possibility for Reynolds to be making such an elaborate set-up to a joke that would be Deadpool 3. He is the Merc with a Mouth after all.

Do you guys think these old comments might have leaked the Deadpool 3 plot? Let us know in the comments below! Be sure to stay tuned for the latest Marvel news, such as the trailer for Black Panther: Wakanda Forever, here on Don’t Feed the Gamers! Follow us on Twitter to see our updates the minute they go live!