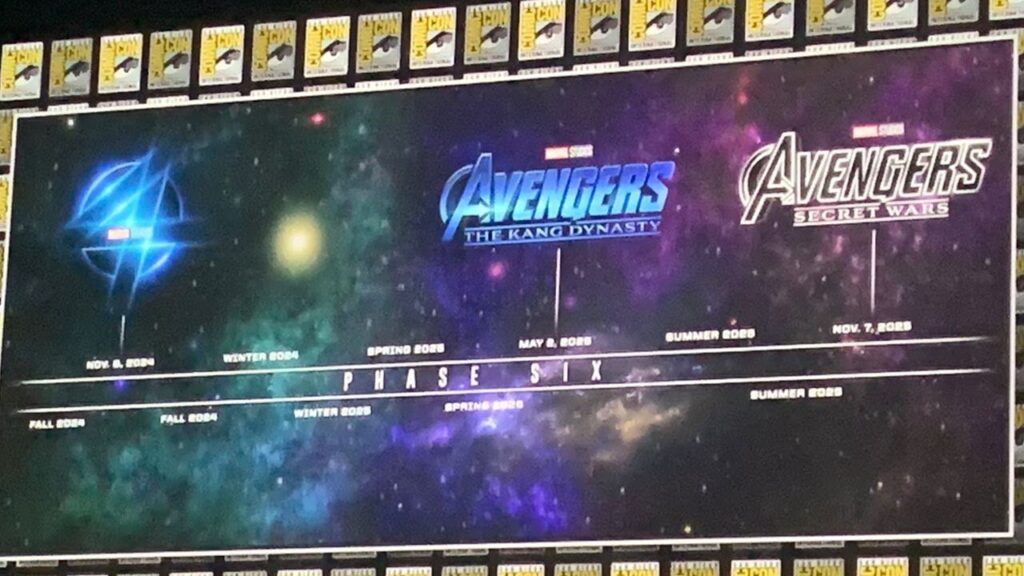 Marvel Entertainment has strongly held onto its top spot in the pop culture landscape, with the Marvel Cinematic Universe being the shiny focal point of that multimedia empire. Marvel Studios has had a good string of fan-pleasing announcements this year, with the most attention-grabbing being the massive release schedule for their theatrical films the next four years. This includes the recent announcement of Deadpool 3, which is confirmed for a return of Hugh Jackman as Wolverine. However, it appears that some shakeups have delayed many of the Marvel Phase 5 and 6 movies, including the long-awaited third Deadpool movie and next few Avengers movies.

Deadline recently reported on the schedule changes that encompasses many Disney films, with most of the release date changes falling upon the Marvel Phase 5 and 6 films. This massive shift largely began its domino effect thanks to recent production shake-ups of the Blade movie starring Mahershala Ali. The film was originally set to release on November 3rd, 2023, but the recent departure of director Bassim Tariq has now necessitated the film’s delay to September 6th, 2024.

This has now led to delays for many of the other Marvel Phase 5 and 6 films, though these other delays are mostly less significant than the near year-long delay for Blade. Deadpool 3 has now moved from September 6th to November 4th in 2024. Fantastic 4 previously held that November 4th date, but is now set to release on Febuary 14th 2025. Avengers: Secret Wars moves from that November 4th date to now release on May 5th, 2026. Two unannounced Marvel films are also having their release dates pushed up in the schedule as well. While some fans might be disappointed with these delays, Marvel is certainly not hurting for content in the meanwhile. The next four Marvel films releasing over the next year are set to release on time, and Disney+ has plenty of Marvel shows dropping over the next few years. For now, Blade fans will have to wait longer to sink their teeth into this new version of the vampire hunter.

What do you guys think about these Marvel Phase 5 and 6 films being delayed? Let us know in the comments below! Be sure to stay tuned for the latest Marvel news, such as the latest and final trailer for Black Panther: Wakanda Forever focusing on Namor and Shuri, here on Don’t Feed the Gamers! Follow us on Twitter to see our updates the minute they go live!