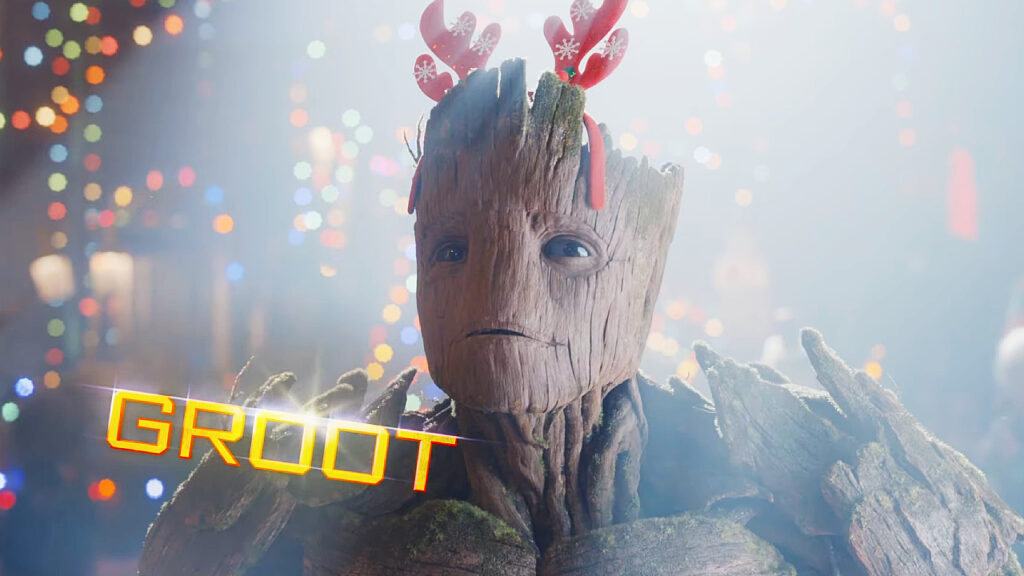 With the advent of Disney Plus, Marvel Studios is alight with ideas to populate the streaming House of Mouse, debuting new shows and adding theatrical releases steeped in the superhero comics lore. However, Marvel has recently begun providing a new type of content to the platform in the form of Special Presentations, which offer considerably shorter and smaller-scale dives into the ever-expanding MCU. As we approach our year-end celebrations, Marvel is preparing to go full festive with a new Guardians of the Galaxy Holiday Special.

As per a new trailer, the special’s story seems to revolve around a morose Peter Quill/Star-Lord (Chris Pratt) and his Guardian-mates’ attempts to cheer him up following the demise of Gamora in Avengers Endgame. As the Christmas season arrives, the tale sees Drax (Dave Bautista) and Mantis (Pom Klementieff) travel to Earth to find a gift that might bring Quill out of his funk and imbue him with the holiday spirit. So, naturally, the duo tries to kidnap actor Kevin Bacon. Because of course. Check out the GOTG Holiday Special trailer below.

Outside of the names mentioned above, the Guardians of the Galaxy Holiday Special appears to have all the major members of the cosmic collective, including Nebula, Kraglin, Rocket, and a pretty swole-looking Groot. It looks like we can also expect an appearance from Cosmo the Spacedog as well, a classic Guardians character that will feature in a more substantial capacity in the upcoming Guardians of the Galaxy Vol. 3. Writer/director James Gunn suggested the special had multiple connections to the threequel in an interview with Collider last year.

“It’s in-canon, it’s about the Guardians, you’re gonna learn stuff that you need to learn before Volume 3, and it’s great I’m really happy with it.”

As Phase 4 of the MCU comes to a close in next month’s Black Panther: Wakanda Forever, the GOTG Holiday Special is set to be the final entry until Phase 5 kicks off next year, during which Guardians of the Galaxy Vol. 3 is expected to premiere in theaters on May 5th, 2023. Of course, the future of Marvel is pretty packed elsewhere too, including an epic Ant-Man and The Wasp sequel a brand-new Deadpool movie, and even a whole other Phase waiting in the wings.

The Guardians of The Galaxy Holiday Special premieres on Disney Plus on November 25th.

​What do you think? Are you awaiting the season’s greetings of the Guardians of The Galaxy Holiday Special, or are you just waiting for next year’s Vol. 3 to drop? What do you think of these Special Presentations on Disney Plus? Let us know in the comments below and be sure to follow Don’t Feed the Gamers on Twitter and Facebook to be informed of the latest gaming and entertainment news 24 hours a day!​