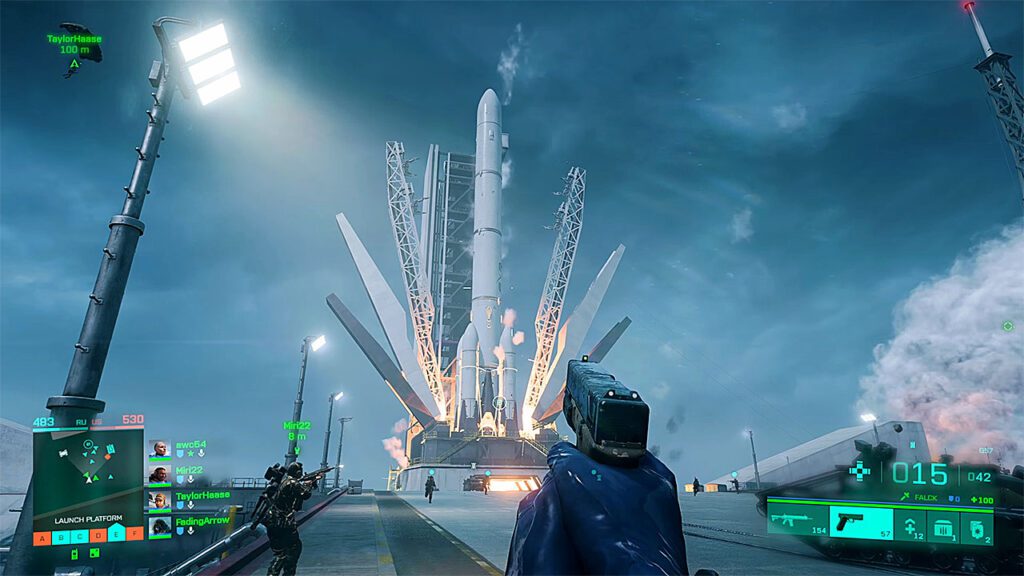 Battlefield 2042 is set to release later this year with all the glorious destruction and combat that players could ask for. While the game won’t have a single-player campaign, the title will instead feature a rich multiplayer experience complete with mainstay modes like Breakthrough and Conquest as well as new modes like ‘Battlefield Portal,’ a Forge mode experience like in the Halo franchise. November is still a ways off, but thankfully, players won’t have to wait too much longer before they’re able to test the waters of how fun the game will actually be in an upcoming beta.

A recent post was made offering players a rundown on everything they’ll be able to participate in during the beta. It won’t be much, but fans will have access to Conquest, a wide-reaching game mode consisting of sectors with multiple capture flags rather than single control points. The action will take place on Orbital, a map set on a rocket launch site in French Guiana. Previously revealed Specialists Webster Mackay, Maria Falck, Pyotr “Boris” Guskovsky, and Wikus “Casper” Van Daele are also playable throughout the testing period, giving fans experience with at least one of each traditional “class” that players have used throughout the history of the Battlefield franchise.

The Battlefield 2042 beta runs from October 8th to October 9th, with pre-order owners gaining early access on October 6th. Pre-loading will begin on October 5th, so fans can get straight into the action. The full game launches on November 19th for PC, PlayStation, and Xbox consoles. Are you ready for more explosive Battlefield content? Let us know your thoughts on the upcoming beta for Battlefield 2042 and more in the comments section below. As always, don’t forget to follow Don’t Feed the Gamers on Twitter for 24/7 coverage of all things gaming and entertainment.

The Last Of Us Part II Multiplayer Coming "When It's Ready"