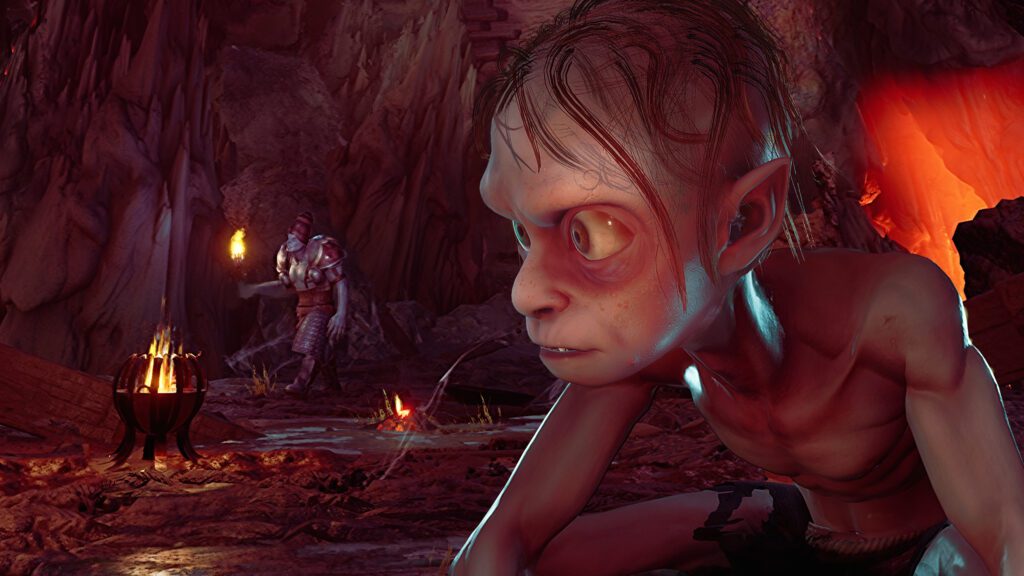 The Lord of the Rings franchise is set to see quite a few new games over the coming years, from the recently announced survival crafting game Return to Moria to the long-awaited action-adventure title, The Lord of the Rings: Gollum. The latter is closing in on its expected release date arriving later this year but for the most part, the title hasn’t really shown off all that players will be doing in the game. A new trailer, however, has arrived to showcase some of the more sneaky aspects that players will be using to get Gollum around the environments.

The new Lord of the Rings: Gollum trailer features a series of clips showcasing a variety of ways for Gollum to stay hidden and stay safe. Whether the poor creature is sticking to the shadows, crawling through tall grass, or throwing rocks to distract threats there will be quite a few ways to stay out of sight. Ironically, the trailer also showed off multiple instances where Gollum will get discovered, be it Gandalf noticing his presence, Ring Wraiths surrounding him, and more. It also appears that levels will be based around multiple levels, allowing Gollum to climb up and down to traverse each area as well as sections where making use of his swimming skills might come in handy.

Only those who have nothing left know that good and evil are two sides of the same coin: survival. Now is the time to make it count.

Lord of the Rings: Gollum is set to launch on September 1st of this year for PC, Xbox One, PlayStation 4, Xbox Series X/S, and PlayStation 5. The game will Let us know your thoughts on the latest gameplay trailer for Lord of the Rings: Gollum and more in the comments section below. As always, don’t forget to follow Don’t Feed the Gamers on Twitter for 24/7 coverage of all things gaming and entertainment.