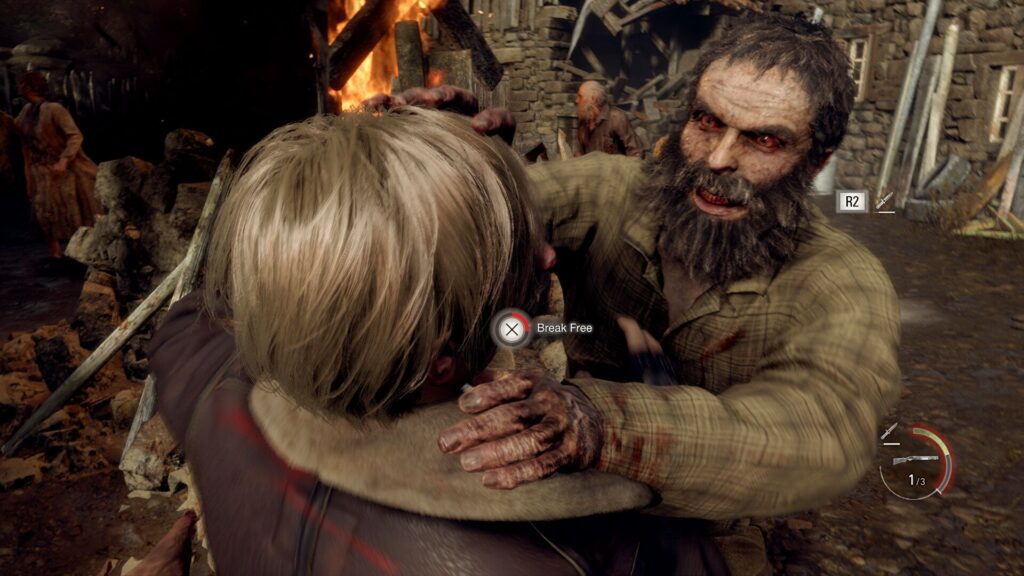 As more classic games become in-demand for modern graphical updates, game publishers have deemed it fitting to remake their most fondly remembered games for current devices. One publisher that has had significant success with this strategy lately has been Capcom, whose Resident Evil remakes have been met quite well both in terms of financial and audience reception. The latest of these confirmed to be in the works is the highly-esteemed Resident Evil 4. While many are excited to see the game remade for current-gen hardware, it seems that a new Resident Evil 4 Remake gameplay video has disappointed fans with a particular omission.

Capcom recently hosted a special Resident Evil digital presentation on their official YouTube channel for the franchise. After updating fans on pre-existing games like Resident Evil Village and new Nintendo Switch versions of the Resident Evil Remakes, the presentation soon shifted to the previous announced Resident Evil 4 Remake. Progress on the project appears top notch, with new gameplay footage showing several memorable sequences from the original 2005 title. However, fans were quick to spot one particular encounter that is vastly different in this version than they had previously remembered.

IGN posted a comparison video highlighting this new Resident Evil 4 gameplay footage in question, depicting the player encountering the dead body of a dog that had been chained up. While horrors like these are par for the grim Capcom series, fans of the classic game were quick to remember that this dog existed in the original version of the game, albeit alive for players to encounter. Though injured, players originally had the choice to release this helpless dog from its chains, and later, the greatful canine would show up to help during a crucial boss battle. By the looks of this new Remake gameplay, this is no longer the case.

A moment of silence for THAT DOG that helped us in Resident Evil 4! Sadly he doesn’t make it in the RE4 Remake it seems 😭 pic.twitter.com/vC059Bl1Ri

Me, asking the director of the RE4 Remake why I can’t save the dog: pic.twitter.com/xOkjY0YdIJ

WHY THE FUCK CAN’T YOU SAVE THE DOG ANYMORE IN RESIDENT EVIL 4 REMAKE????? pic.twitter.com/u3wFD5GJ3H

This is what happened to the dog after RE4. https://t.co/F9jzfcNPyP

As one might expect, this change has devastated fans of the dog on social media, with many of them expressing outrage at why such a decision was made. Rumors have suggested Resident Evil 4 gameplay would shoot for a scarier tone this time around, but few likely expected something like this. While there is a slight chance the pooch could be revived before the release of the game, fans can only hope that this dog has its day once more.

What do you guys think about fans being upset with this new Resident Evil 4 Remake gameplay video? Let us know in the comments below! Be sure to stay tuned for the latest Resident Evil news, such as the Resident Evil TV series being cancelled by Netflix after one season, here on Don’t Feed the Gamers! Follow us on Twitter to see our updates the minute they go live!