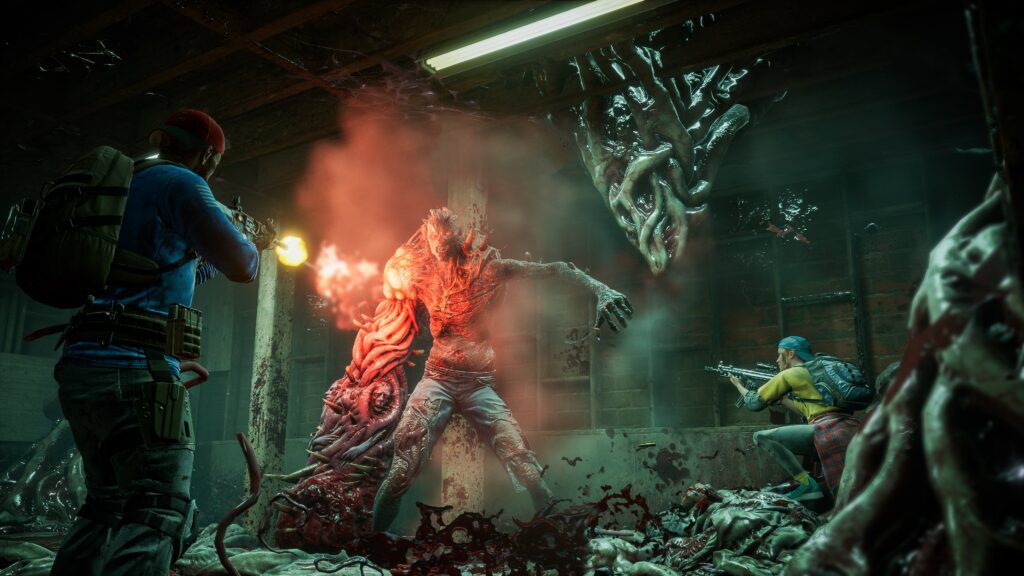 The addition of the card system to Back 4 Blood changes up how to play the game, allowing players to pick characters that have a deeper effect on what they want to do within the game to the point that fans can loosely become a traditional RPG class, whether that’s ranged DPS, melee DPS, a healer, or even a tank. Giving fans a chance to unlock cosmetics and new cards to add to their decks makes returning to the game worth doing, adding a sense of progression to the gameplay as a whole. While Back 4 Blood has only recently come out the developers at Turtle Rock are looking to bring new content for fans in the near future, including new difficulties, features, and even 3 new expansions filled with goodies for players to enjoy. To that end, the developer has revealed a year long roadmap of what to expect in terms of new content.

A recent tweet from Back 4 Blood reveals a new roadmap reaching into next year for the game. While November is going to be focused on making improvements and bug fixes to the existing gameplay, December is where things begin to get even more fun. According to the roadmap, the 12th month of the year will see some new features including new supply runs, solo offline campaign progression, new cards that will arrive alongside a new card type. That will only be the beginning, as 2022 is going to ramp up the content with a new difficulty, new corruption cards, more player cards, a new cooperative mode, and further improvements and updates.

Cleaners, the future is lookin’ bright! Here’s a roadmap of what’s to come for Fort Hope. #Back4Blood pic.twitter.com/IHCvGqZXO0

Even better is that 2022 will see the arrival of not 1 but 3 expansions to Back 4 Blood. Only one has been revealed so far and is called “Tunnels of Terror”, and as such there isn’t much information as to what fans can expect quite yet. Still, the expansions will bring along with them new Cleaners, Ridden, weapons, cards, an activity type, and more exclusive skins.

What are you hoping to see out of the future of the title? Let us know your thoughts on the roadmap for Back 4 Blood and the future content coming to the game in the comments section below. As always, don’t forget to follow Don’t Feed the Gamers on Twitter for 24/7 coverage of all things gaming and entertainment.