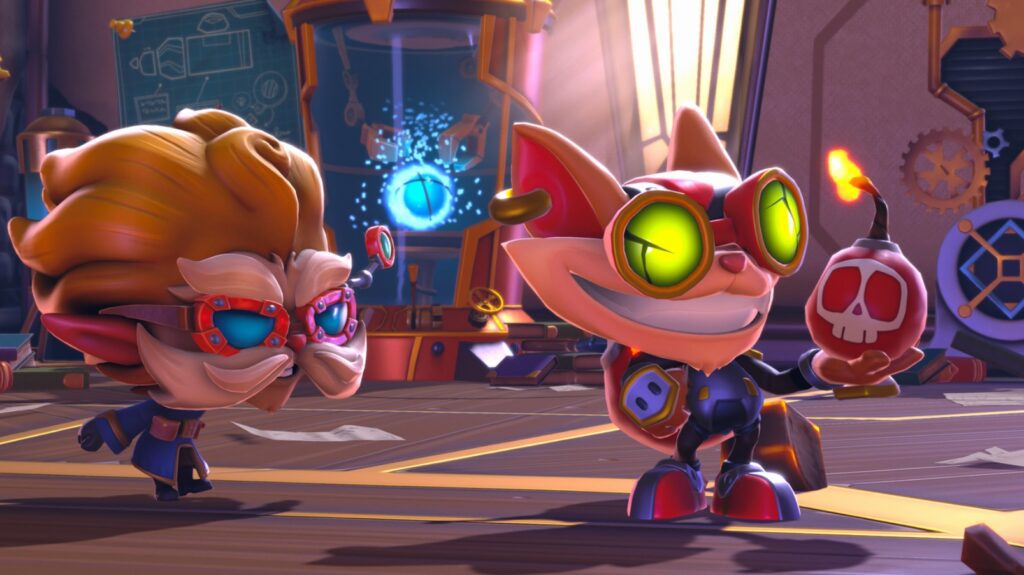 If you’ve ever wanted to play a League of Legends spin-off game featuring Ziggs then you’re in luck, even if it means I’m judging you harshly as a result. Riot Games has officially announced Hextech Mayhem, a rhythm runner game featuring the aforementioned Dean of Destruction and Heimerdinger.

Riot Games subsidiary Riot Forge has revealed Hextech Mayhem: A League of Legends Story. Developed by Bit.Trip developer Choice Provisions, the side-scrolling rhythm game is effectively that, with players taking control of Ziggs or Heimerdinger as they jump, dive, and dash to the beat of the music as they clear levels and, in Ziggs’ case, blow things up along the way. Check out the official trailer below:

“From Choice Provisions comes Hextech Mayhem: A League of Legends Story, a fast-paced rhythm runner set in Piltover where every action has an explosive reaction and no amount of mayhem is too much,” the official description of the announcement trailer reads. “Play as Ziggs on a quest to build the greatest bomb the world has ever seen while outrunning no-fun-allowed Heimerdinger!”

The good news about Hextech Mayhem is that players needn’t wait a few years to play it, unlike that other League of Legends spinoff game. Hextech Mayhem will be releasing on PC and Nintendo Switch on November 16th, with the game also coming to Netflix’s gaming service at a later date.

Thoughts on Hextech Mayhem? Plan on picking it up on your platform of choice? Let us know in the comments section below, and as always, stay tuned to Don’t Feed the Gamers for all the latest gaming and entertainment news! Don’t forget to follow DFTG on Twitter for our 24/7 news feed!