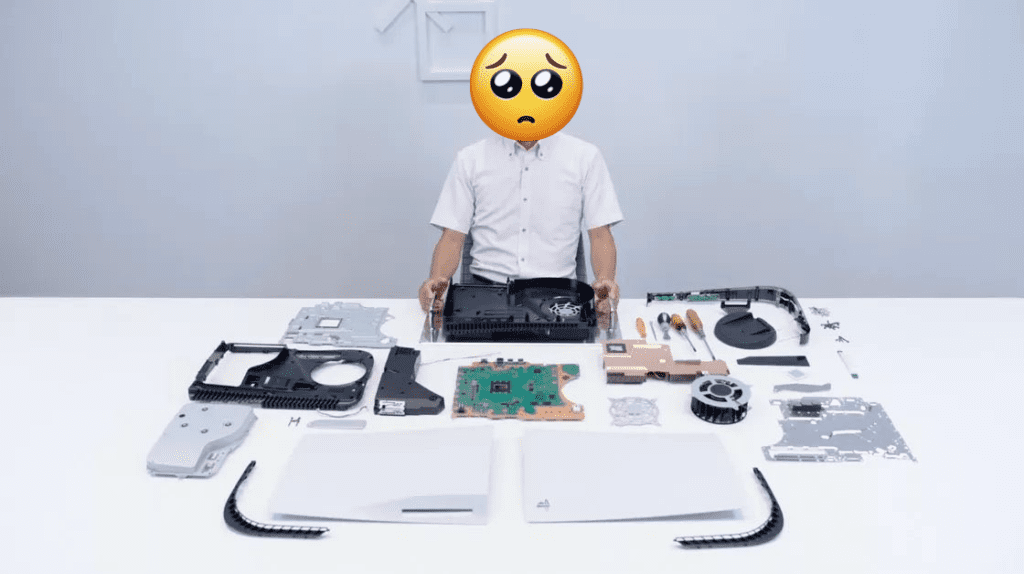 There’s no better way to celebrate the week than by checking out Microsoft’s latest digs against Sony. Despite Phil Spencer claiming that he abhors the term ‘console war’ and what it stands for, Microsoft has consistently called Sony out on topics related to the PlayStation 5. Most recently, the Xbox company has taken a jab at Sony for how the PlayStation 5 goes about transitioning from vertical to horizontal orientation.

Sony released a new PS5 tech video today wherein the console is shown being completely disassembled. Prior to that happening, the developer also revealed how the user can unscrew the base from the console’s main body and attach it to the side of the PS5, changing its orientation. The entire process can take about 30 seconds, though Microsoft didn’t seem to like that, with Xbox UK posting on Twitter about their own process, which takes just a few seconds less. 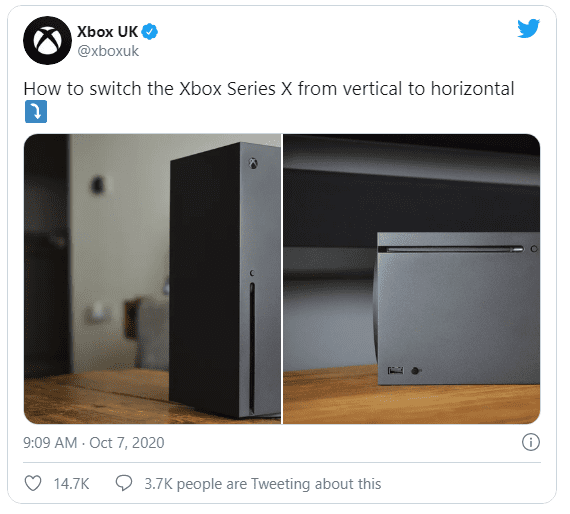 Oddly enough, Xbox UK seemingly deleted the tweet within the last couple of hours, hence the screen grab instead of a proper Twitter embed. It’s unknown why they chose to delete the tweet, though it’s possible that the post received more flak than expected for being even pettier than usual. Either way, the important thing to know is that both next-gen consoles can be flipped onto its side, it’ll just take PlayStation 5 owners a couple extra seconds to do it. The benefit in that is that the console will still be on its stand rather than being flush with a surface, the former of which is better for keeping the console cool.

The Xbox Series X and the PlayStation 5 are slated to release on November 10 and November 12, respectively.

So, thoughts on Microsoft’s latest dig thrown at Sony? Let us know in the comments section below, and as always, stay tuned to Don’t Feed the Gamers for all the latest gaming and entertainment news! Don’t forget to follow DFTG on Twitter for our 24/7 news feed! 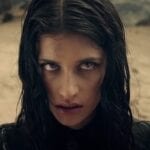 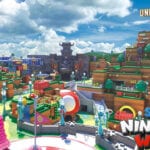