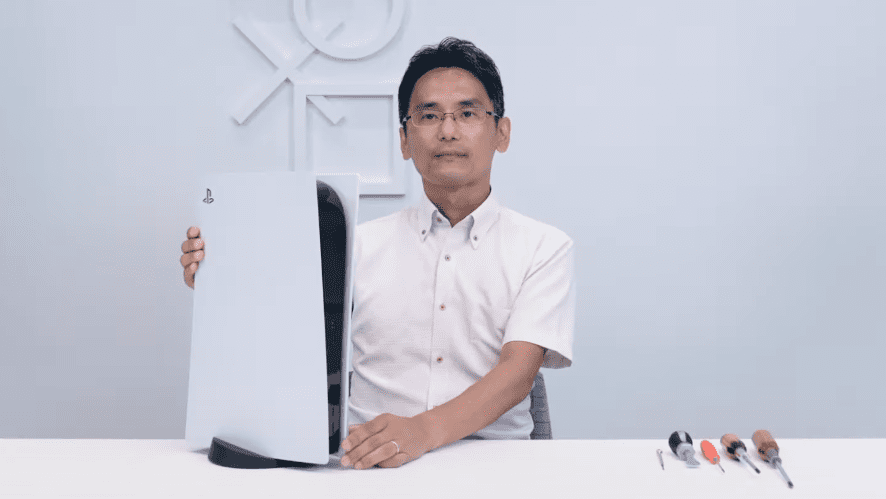 We are just over a month away from the next generation of video game consoles and fans could not be more excited. That said, Sony has released a video of the PlayStation 5 being torn down, revealing everything that is inside of the new system.

The video in question features Yasuhiro Ootori, VP, Mechanical Design Dept., Hardware Design Division, Sony Interactive Entertainment. We get to watch as he begins tearing down the PlayStation 5 by removing the stand, which also houses a place for the bolt as well as a cover for the hole left behind by removing the stand. Fans are also shown how the console can be positioned horizontally.

Following this, Ootori begins taking off the side panels to reveal the insides of the beastly console. We get a look at the CPU and GPU as well as the liquid metal that will help keep things cool and the massive heatsink that will aid in those efforts. All in all, the PlayStation 5 looks relatively simple to tear down, but it is also important to note that doing so will void the warranty. Plus, it would appear there will be no more jets taking off:

We’ve also highlighted the mechanism in the video below that we’ve incorporated into the PS5 console to make the operating sounds even quieter. After an extensive and complex trial and error process, we were pleased with the end result and I can not wait for our fans to get their hands on the PS5 console and “hear” it for themselves.”

The PlayStation 5 is set to arrive on November 12th in USA, Canada, Australia, New Zealand, Japan, Mexico, and South Korea. The rest of the world will be able to pick one up on November 19th. Keep it tuned to Don’t Feed the Gamers as this story develops, and for other gaming goodness going on right now, check out the following:

What say you, gamers? Are you excited to see the PlayStation 5 torn down to reveal everything that inside of the next-gen console? Were you surprised by anything shown in the video? Sound off in the comments section below, and be sure to follow DFTG on Twitter for live gaming and entertainment news 24/7!