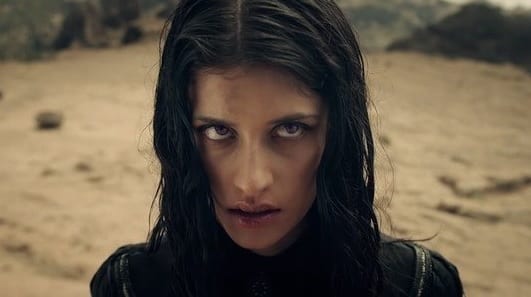 This week has been fairly busy for Netflix’s The Witcher series. Just a few days ago, Netflix released our first look at Henry Cavill’s new outfit for the show’s upcoming season, providing him with a little extra bulk to his armor while keeping Geralt’s particular style intact. More recently, Netflix offered up a look at Ciri’s outfit as well, which appears to be a notable departure from royal attire and something at least a little closer to what she wears in the games. Now, Netflix has completed the trinity by providing a first look at Yennefer’s getup for Season 2.

Netflix took to its official The Witcher Twitter to give us a fresh look at Anya Chalotra’s Yennefer, who (spoiler alert) disappeared at the end of the last season after torching a whole lot of bad guys. Having seemingly reappeared, Yen’s circumstances haven’t gotten much better, with the character shown to be roughed up a bit and in chains. Check it out below:

She used her full might,
and the battlefield burned.
Then she vanished from sight,
But Yen will return. pic.twitter.com/1sdWujA6KS

Season 2 of Netflix’s The Witcher series is currently in production.

Thoughts on our first look at Yennefer? Let us know in the comments section below, and as always, stay tuned to Don’t Feed the Gamers for all the latest gaming and entertainment news! Don’t forget to follow DFTG on Twitter for our 24/7 news feed! 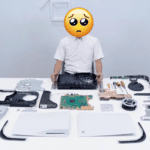