Overwatch’s Mei Began as a Bounty Hunter Known as Frostbite 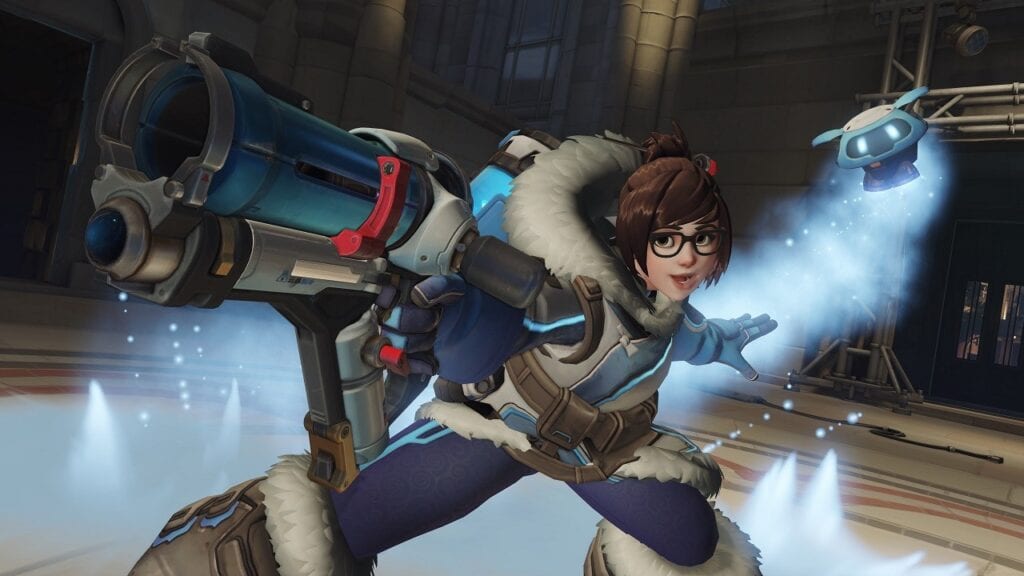 Not all video game characters that we have come to know and love started out as we see them today.  Most of them go through extensive concept phases where hundreds of ideas get thrown around before the development team lands on an idea that sticks.  For example, Solid Snake was originally a cardboard box, and Spyro the Dragon used to be an egg! Kidding, but you get the point. Overwatch’s Mei, though, wasn’t originally conceptualized as the Chinese climatologist that the Overwatch community loves to play as and hates to play against. According to concept art drawn by Arnold Tsang found within the offices of Blizzard, Mei’s original concept was that of a bounty hunter named Frostbite. 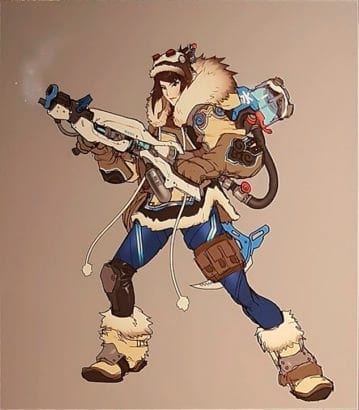 As seen above, the Frostbite concept is very different from Blizzard’s final vision of Mei. Though Blizzard always planned on having a hero with an ice and cold theme, the original concept had a more athletic build and came equipped with a rather bad ass looking rifle instead of Mei’s endothermic blaster. A blurb found on a wall within Blizzard’s offices details the team’s journey from Frostbite to Mei:

“Early on, the idea that the character was an adventurer, adapted to cold environments and geared for mountaineering.  We considered ideas like a bounty hunter who used freezing technology to capture her targets in ice. But Arnold Tsang drew a picture of a cute, nerdy scientist, and the ultimate concept for Mei was born. We imagined a character who was optimistic, loved adventure, and embodies the idea of a “normal” person who could be inspired to take up the path of heroism.”

Speaking of character concepts, the Overwatch team is currently working on the game’s newest hero who is theorized to be the highly-anticipated Terry Crews-voiced Doomfist. Blizzard has also confirmed that they currently have six new Overwatch maps in development.

So, what are your thoughts for the original concept design for Overwatch’s Mei? Would you like to see Frostbite join the Overwatch roster as an entirely new hero? Give us your thoughts in the comments section below, and as always, stay tuned to DFTG for all the latest gaming and entertainment news! Don’t forget to follow us on Twitter for our 24/7 news feed! 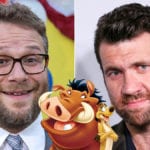