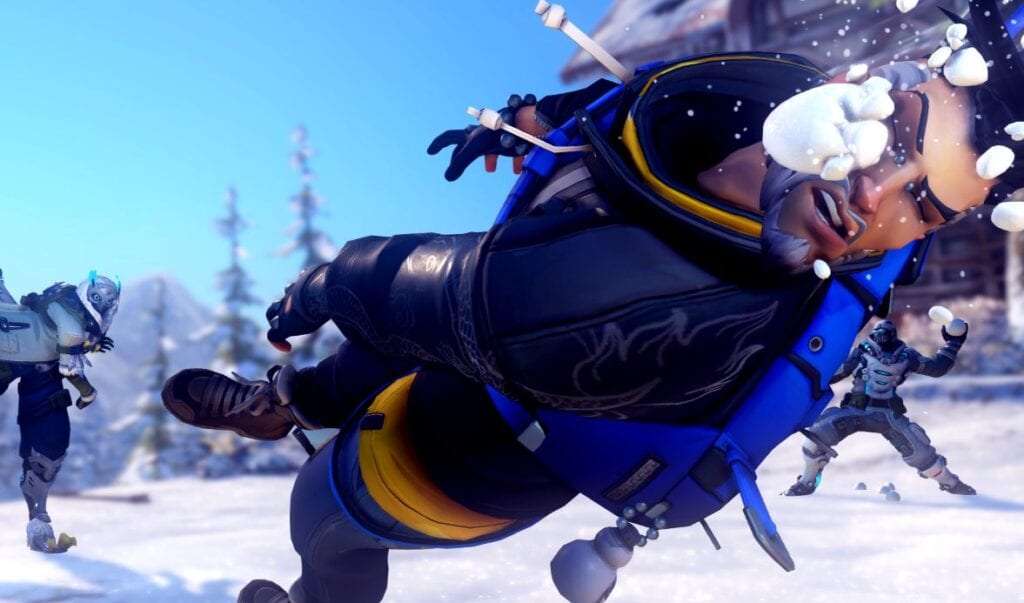 Overwatch’s Winter Wonderland event is in full swing, bringing a festive snowy dream to all the maps, and limited time game modes for the season. With each celebratory holiday event comes new skins and thematically designed icons and goodies to follow, but not all were well received. Following overwhelming feedback from the community, the team will be bringing in an update to make some minor changes to a casual skin introduced during the event.

As seen in the original Overwatch comic titled “Reflections“, Hanzo’s casual outfit let fans in on another side of the stoic Shimada brother, sporting a layered and modern street look. Although fans appreciated the contrasting look within the comic illustration, its presentation in-game seemed a bit lost and out of place. In fact, many community members agreed that a change should take place for a more visually streamlined design. 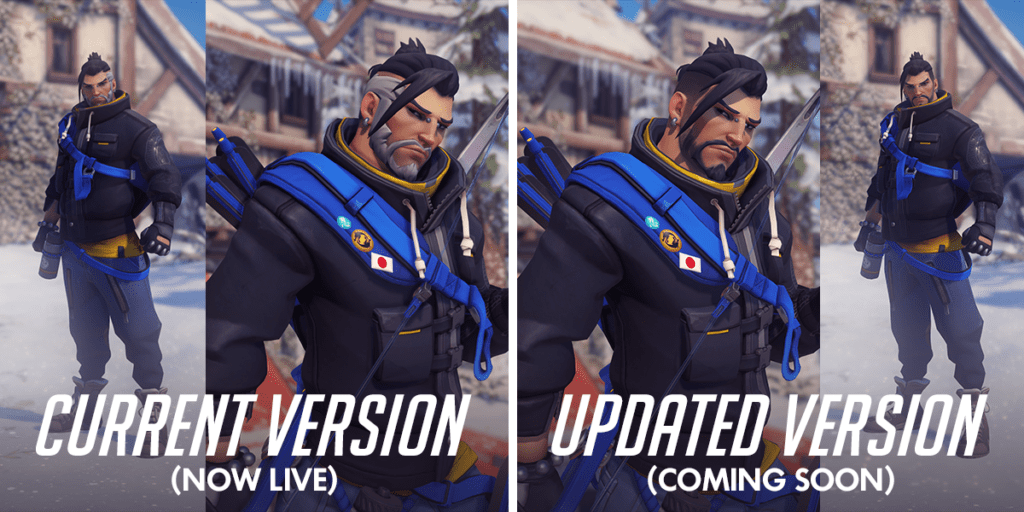 After the resounding consensus of much needed change, Overwatch announced in a forum post that an update is inbound. As seen in the before and after image above, the designers plan to make them in due time. Unfortunately, it may not be coming until after the Winter Wonderland holiday event concludes. Here’s what community manager, Josh Engen, had to say:

Shortly after Overwatch’s Winter Wonderland released, we saw a lot of players sharing feedback about one of our new legendary skins, Casual Hanzo. The general consensus seems to be that you love the illustration that this skin is based off of, but aren’t super happy how it was translated to the game.

We actually agree with that sentiment, and our artists have already mocked up some changes they’d like to make to this skin in an upcoming patch. You can see those changes in a before/after side-by-side here. The goal is to bring the in-game skin more in line with how Hanzo looks in our “Reflections” comic from last year. We don’t have a solid ETA on when these changes will get patched in, but we know it won’t be until sometime in January. Whenever they are patched in, however, the changes will be retroactive—which means that anyone who unlocks Casual Hanzo during this year’s event will see the updates whenever they go live.

Thanks for always keeping us on our toes and helping us ensure that Overwatch is as awesome as it can be.We hope you have a happy holidays, and a very Mei-rry new year!”

Do you concur with feedback from the Overwatch community in regards to Hanzo’s legendary casual skin? How do you think the design team handled issues this time around? Let us know in the comments section below or start a conversation on Don’t Feed the Gamers Facebook page. To stay up to date on gaming news as it happens, follow us on Twitter! Here are some of our latest: 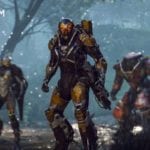 Could Anthem VR Be On The Way From BioWare? 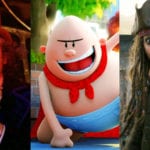