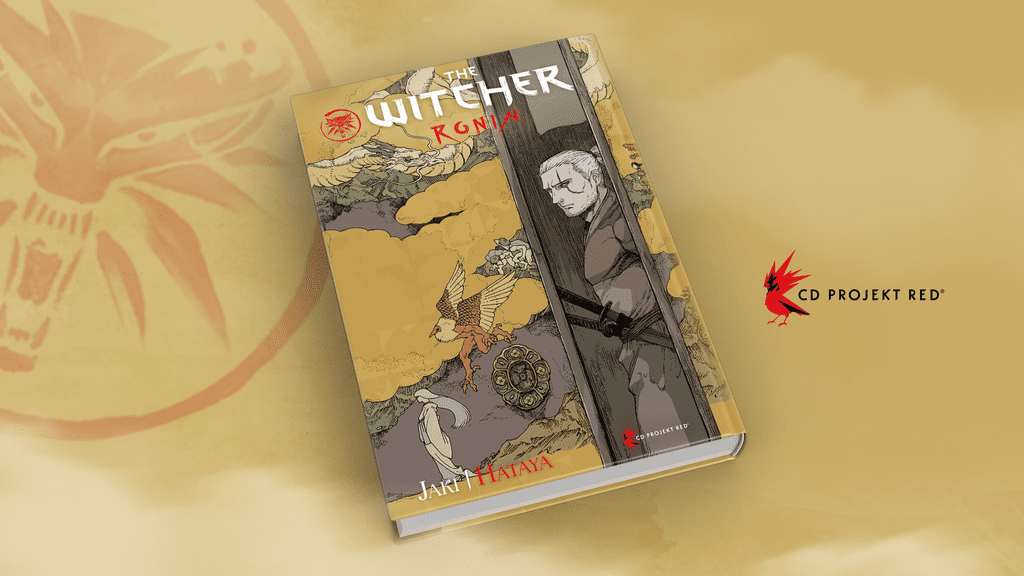 WitcherCon provided franchise fans a peek into all the spin-offs and merchandise coming soon. Not only will there be a aniamted series that pans the shining light on Vesemir, Netflix series fans can begin pre-ordering a figure based on Henry Cavill’s portrayal of Geralt later this month. On top of the mountain of news for our Witcher, there’s another sweet project heading to Kickstarter — The Witcher: Ronin. If you’re a fan of manga, this will certainly pique your interest.

During WitcherCon 2021, CD Projekt Red and company announced an upcoming Kickstarter for a graphic novel spin-off that hails the illustrative prowess of manga artist Hataya and the storytelling finesse of Rafal Jaki. Set apart from the mainline story, Geralt of Rivia is magically transported to Japan for a standalone “Elseworld” story, set in a universe with yokai (demons/monsters) that roam the world. Understandably, these monsters are inspired by the rich folklore of Japan. This idea sprouted in 2015 when CDPR studio head, Adam Badowski, and Jaki attended the PlayStation awards in Japan. It began as a t-shirt design and gradually evolved into Jaki and company enlisting the abilities of Hataya.

“I personally love the new monsters and folk tales we can experiment with,” Jaki told IGN. “Both Europe and Japan have a unique tradition in this area, and bringing iconic Japanese stories and monsters and fitting them in a Witcher Context was the most exciting thing for me.”

Jaki also explained some creative liberties they took with The Witcher: Ronin. “We took cues from other Elseworld comics where, for example in Superman Red Son even though Superman lands in the CCCP instead of Kansas, [in the] U.S. he is still called Superman — it’s an artistic license that allows people to have fun with the concept and understand it easily.”

The Witcher: Ronin is a full-length hard cover graphic novel that features a main story that takes up 100 fully colored pages. It also includes three 15-page short stories with its own respective guest artist. It’s slated to go live for backers on Kickstarter. Those interested in getting their hands on a copy of their own, check the pre-launch page here.

What do you think about a manga spin-off of Geralt in Japan? Are you a fan of the team using Kickstarter to achieve the goals of this project? Let us know what you think in the comment below or start a conversation on Don’t Feed the Gamers Facebook page. To stay up to date on gaming and entertainment news as it happens, follow us on Twitter! Here are some of our latest: