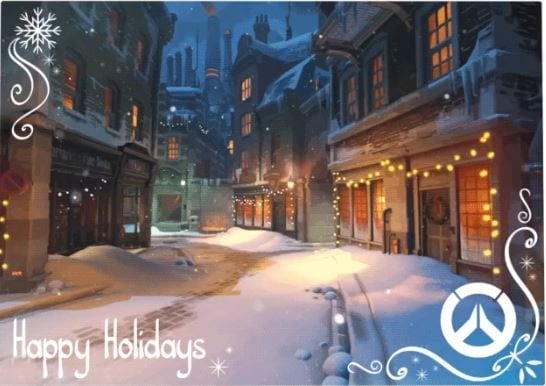 It has certainly been an eventful holiday season for this first-person shooter. Sombra finally emerged after hacking into BlizzCon 2016 (she also hacked PTR), the Halloween event was a grand success, Oasis was introduced, and the third season of competitive play started with a brand new ranking system. And now, everyone is invited to the Overwatch holiday event hosted by Blizzard next week. According to this adorable animated invitation from their official Twitter page, the event begins on the 13th of December. They’ve been hinting at this event since November, with a some musical cheer.

The invitation hints at a complete holiday redecoration of King’s Row – holiday wreathes, untouched white snow, Christmas lights, and all! Of course, what is a holiday event without skins? I mean, take a look at Smite with the 3.22 patch and Street Fighter V‘s releases, for example! The other two Overwatch holiday events, the Rio Summer Games and Halloween Terror, this year exhibited skins you could claim from loot boxes! Bought or earned, that was up to you. So, I’ll go ahead and take an educated guess that yes – there will indeed be Christmas costumes for some of the heroes.

Since then, new Quick Play rules have been implemented. Namely, only 1 person can be a particular champion so doubling up is no longer permissible. However, if 5 different people want to play Mercy – there’s always the 6 vs. 6 No Limits available in Arcade Mode! That’s right. If you have not done any Overwatch game play lately, there are 5 different game modes available aside from QP – Elimination, Mystery Heroes, All Brawls, Mystery Duel and No Limits.

Although this is officially announcing the inevitability of a Christmas event, Overwatch has not divulged any specific details. Who gets new costumes, and what special event and story will take over? The Junkenstein comic they released gives you a closer look at the background behind the Halloween Terror event, for one. I am overly excited for this. What do you guys think? Looking forward to something different? Let us know in the comments section down below! We would love to hear from you. As always, game on! 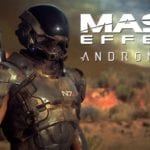 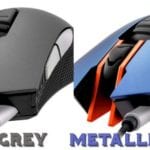