Monster Hunter World has been implementing more modern controls, adding to vast landscape of the world, and featuring characters from various franchises known better in the West such as Aloy of Horizon Zero Dawn as a part of their continued reach outside of Japan. When asked what else the developers could do to improve the game, the Monster Hunter World directors stated that they would love to bring even more to the title, which even includes the likes of World of Warcraft characters.

Within an interview, directors Kaname Fujioka and Yuya Tokuda discussed how Horizon Zero Dawn’s heroine came to be a part of the new title. This then led into other franchises and how they could blend, eventually this led to the question of what other franchises or characters the developers would like to see within their perfect “dream world” scenario. As it turns out, Arsus of World of Warcraft and the Lich King from the Wrath of the Lich King expansion are on the list of characters they would love to see. Before you get too excited though, they did say that this was just wishful thinking, but hey – weirder things have happened.

Monster Hunter World is set to release to PC, Xbox One and PlayStation 4 on January 26th 2018. Sadly, because development for the title began before the Nintendo Switch was even announced there won’t be a port for the console coming, at least for now. Let us know your thoughts on adding WoW characters to Monster Hunter World and more in the comments section below. As always, don’t forget to follow Don’t Feed the Gamers on Twitter for 24/7 coverage of all things gaming and entertainment. 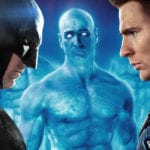