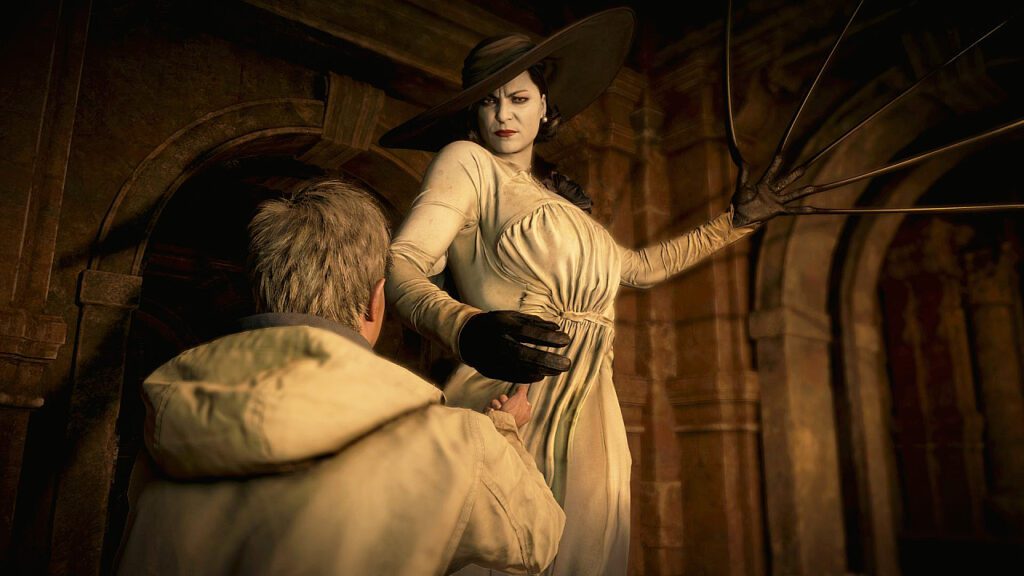 It sure is the season of spookiness! As a seeming counter to Konami’s recent Silent Hill showcase, Capcom has now premiered an all-new look at the future of the undead-spawning Resident Evil series. Highlighting such upcoming releases as the Resident Evil 4 remake, the presentation also brought new looks at the featureful Winters Expansion coming to the latest series’ entry Resident Evil Village. In addition to an all-new story expansion, players also have new functionality to look forward to, including a nifty third-person mode.

“There are some players who might find it too scary or experience motion sickness in the first-person perspective,” game director Kento Kinoshita said during the presentation. “They might not enjoy the FPS genre. So we wanted to make a third-person mode for those players to enjoy the game to its fullest.” As a special bonus, those interested in checking out Resident Evil Village in third-person (and also first-person) can now do so in a new demo now available for all platforms. As per the official website:

The Resident Evil Village Winters’ Expansion is just around the corner, and we know you’re itching to step into Ethan’s shoes from a whole new perspective. While you wait, try out our brand new 60 minute 3rd Person demo, to prepare you for the horrors ahead! pic.twitter.com/scbXIHcgl6

With the introduction of a third-person camera, Resident Evil Village falls in line with Capcom’s recent RE series remakes, which also adopted the same over-the-shoulder setup. While such a simple shift might seem small at first, the feature actually proved to be a major complication for the studio. According to Kento Kinoshita (via IGN), the decision to change perspective was not a light one, as it “took about as much effort as creating a new game,” with the team striving to “make something as good or better than RE2 and RE3.”

“Compared to the previous games in the series, Resident Evil Village has an exceptionally large variety of player actions. You can guard, you can move while crouching, and there is a lot of examining objects. We made thorough adjustments to ensure that those unique animations would look completely connected, and that it would be playable at a good tempo.”

In addition to this aspect overhaul, the Winters Expansion is poised to bring quite a bit to Resident Evil Village. Fans can follow a new campaign set 16 years after the main story called Shadows of Rose, starring Ethan’s daughter Rose as she confronts all kinds of intense new monsters as well as living environments themselves. New content is also coming to the challenge-based Mercenaries mode, with several new characters such as Chris Redfield, Heisenberg, and the tall vampire herself Lady Dimitrescu looming large over the competition.

​What do you think? Are you excited about the release of Resident Evil Village Winters Expansion? Do you think you’ll enjoy third-person mode as opposed to first person? Let us know in the comments below and be sure to follow Don’t Feed the Gamers on Twitter and Facebook to be informed of the latest gaming and entertainment news 24 hours a day!​