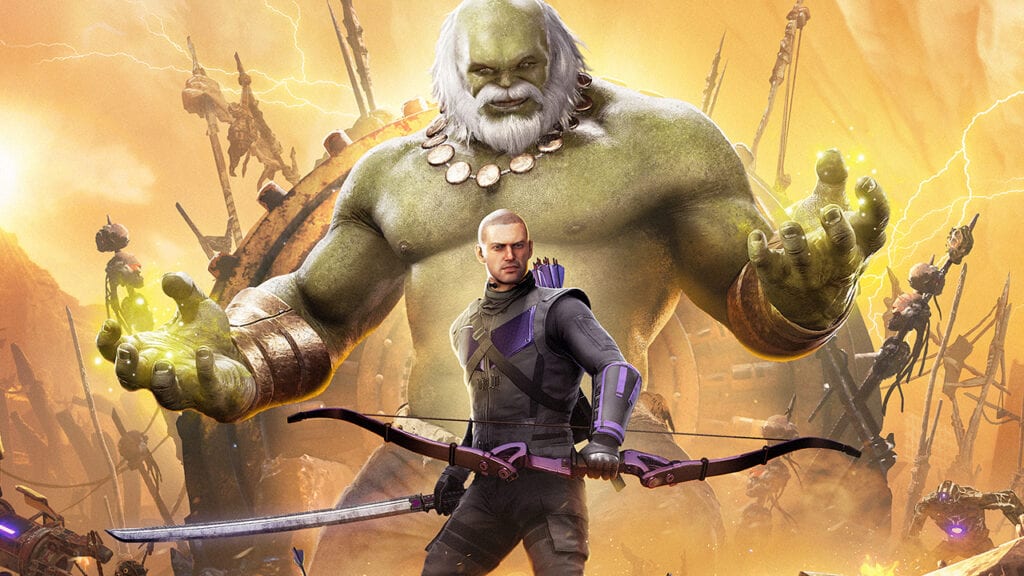 It’s been several months since Square Enix and Crystal Dynamics released the action-packed Marvel’s Avengers to the world and while a number of post-launch hindrances have delayed new heroes from entering the fray, the team looks to finally be in the swing of delivering its promised slate of content. Following December’s inaugural Kate Bishop-led story DLC, the finale of the two-part Hawkeye saga looks to finally be on the way next month, introducing ​Clint Barton in an apocalyptic new Operation titled ‘Future Imperfect.’

Set to arrive March 18th, the time-spanning new expansion received an assortment of new details as part of Marvel’s Avengers’ latest War Table presentation. Seeing past and future versions of Hawkeye collide, Operation Future Imperfect depicts a desolate future inspired by Marvel Comics‘ Old Man Hawkeye storyline, where nearly all the world’s heroes are decimated by a violent Kree invasion and the lifeless Wastelands are ruled by a battle-ravaged and villainously intelligent version of the Hulk called Maestro.

In addition to this wild new narrative, Marvel’s Avengers will yield a variety of new missions set in this apocalyptic world as well as a playable version of the eagle-eyed archer himself. Differentiating from Kate Bishop, Clint Barton involves a combination of ranged and close-combat attacks inspired by his sword-carrying Ronin persona. Of course, Hawkeye’s moveset still largely relies on bow attacks, utilizing 10 types of trick arrows such as grapple arrows, rocket-boosted arrows, willpower-recovery arrows, and even cluster-ejecting Nightstorm arrows.

In addition to traditional and tech-enhanced bow skills, Hawkeye comes packing a variety of spectacular special abilities as well. Delivering on the character’s name, the hero employs the use of rapid arrow firing, a variety of dodge and parry attacks, as well as an added Dead-Eye skill, which allows for focused, pinpoint-accurate attacks on enemies. Clint’s most spectacular maneuver comes in the form of ​​Hunter’s Arrow, an Ultimate Heroic attack that sends one or more arrows zig-zagging across a battlefield to take out mass quantities of enemies. Yondu, anyone? 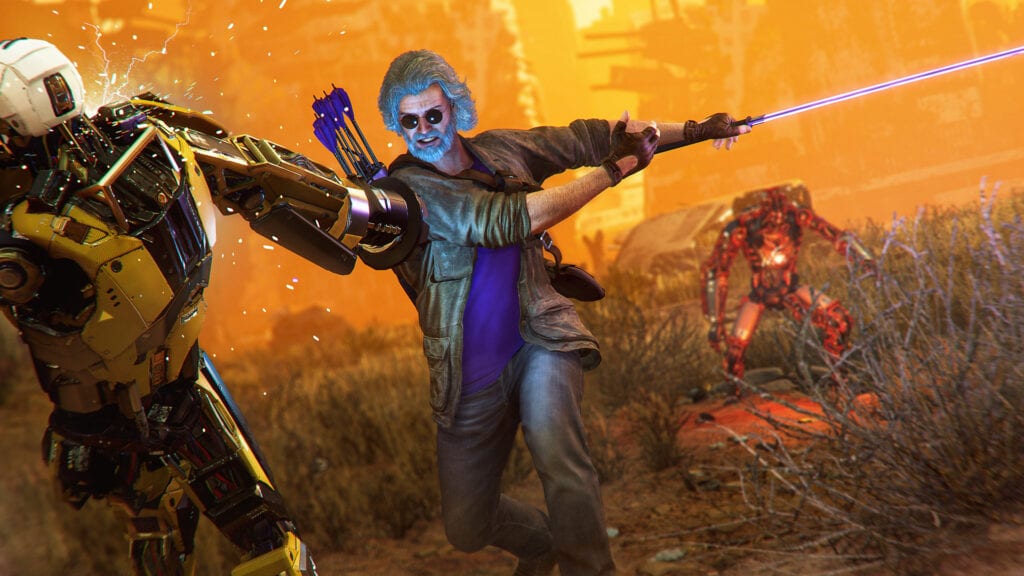 All in all, it looks like Marvel’s Avengers is set to deliver a compelling new DLC, one that may provide the mix-up that the game has been missing since launch. The long-awaited addition of Clint Barton is almost sure to be a hit with fans as well, as it makes good on the character’s repeatedly teased introduction dating as far back as E3 2019. As for what’s next, Square Enix has yet to reveal which hero may next make the cut, though, Spider-Man is confirmed to be added as an exclusive for PlayStation users at some point in the future.

What do you think? Are you excited to see this apocalyptic Hawkeye DLC added to Marvel’s Avengers, or were you sold the minute Clint’s adorable dog Lucky showed up on screen? Let us know in the comments below and be sure to follow Don’t Feed the Gamers on Twitter and Facebook to be informed of the latest gaming and entertainment news 24 hours a day! For more headlines recently featured on DFTG, check out these next few news stories: 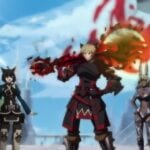 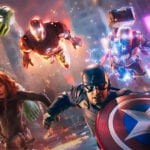