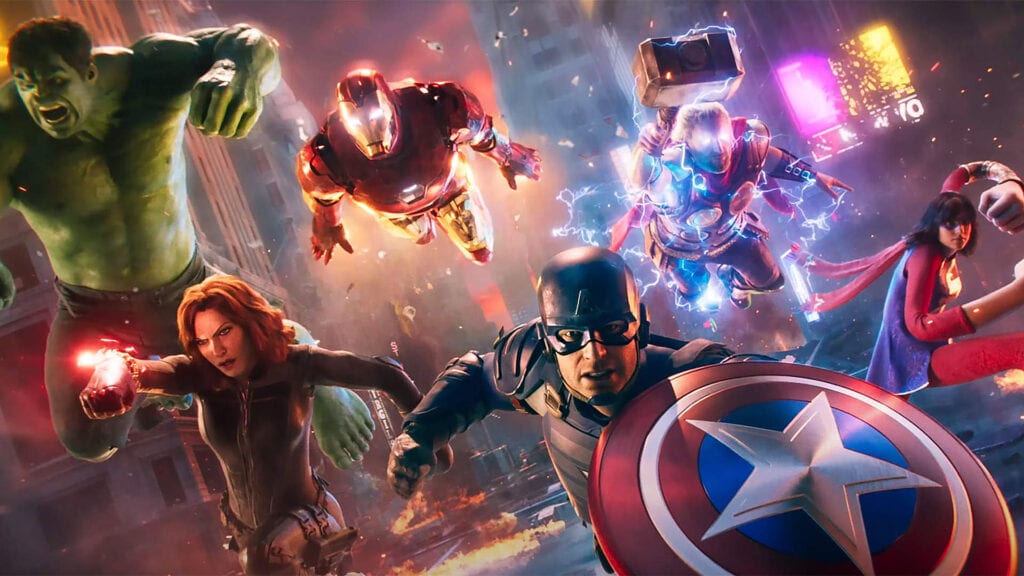 After releasing for last-gen consoles in September of last year, Marvel’s Avengers has been continuously preparing a stunning next-gen version of the game for PlayStation 5 and Xbox Series X/S. Touting upgraded visuals and faster load times for the considerably-capable consoles, the awaited release was unfortunately hindered by significant launch issues, pushing the enhanced edition to an indefinite release window. However, upon the debut of a new War Table presentation, the next-gen Marvel’s Avengers his now been confirmed for a release on March 18th.

Square Enix and Crystal Dynamics revealed the solidified release date for the PS5 and Xbox Series versions during the most recent deep-dive community update. The showcase was largely dedicated to that of debuting hero Hawkeye, but developers were also keen to confirm the new next-gen release, which introduces “upgraded visuals and framerate, significantly faster load times, improved destruction and Heroic detail.” Each of these features will be freely available to anyone who owns Marvel’s Avengers, including for next-gen upgrade versions of the game.

Marvel’s Avengers for PS5 and Xbox Series X/S arrives at the same time as the long-awaited Hawkeye DLC, which not only introduces the eagle-eayed archer to the roster, but a decidedly apocalyptic adventure featuring an evil irradiated version of The Hulk. It also comes after months of work from Crystal Dynamics as the developer made moves to squash outstanding bugs and lingering issues from the game’s less-than-stellar launch. Hopefully, this re-shift to outputting new DLC signifies a smoother (and issue-free) rollout of content moving forward.

What do you think? Are you glad to see Marvel’s Avengers finally on track to release for next-gen systems, or will it depend on the next hero planned to be added to the game? Let us know in the comments below and be sure to follow Don’t Feed the Gamers on Twitter and Facebook to be informed of the latest gaming and entertainment news 24 hours a day! For more headlines recently featured on DFTG, check out these next few news stories: