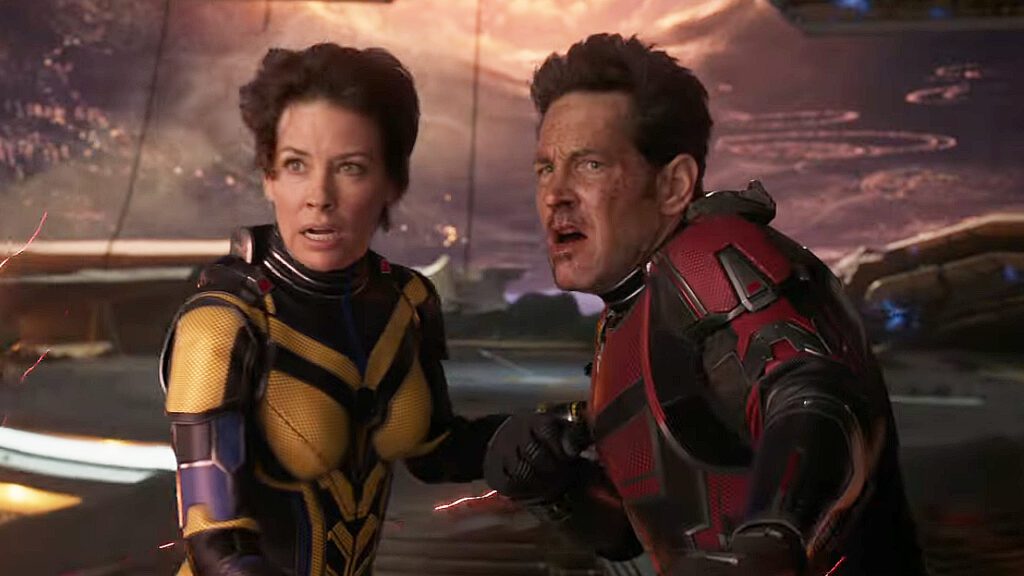 As Marvel’s eclectic Phase 4 comes to a close with Black Panther: Wakanda Forever, Phase 5 is already chugging full steam ahead with the release of the trilogy-ending Ant-Man and The Wasp: Quantumania. Having seen the titular duo fight alongside one another in their own standalone adventures and serving pivotal roles in the epic finale of Avengers Endgame, it seems the size-altering heroes might soon meet their most gargantuan threat yet in the most microscopic of places, as teased in an all-new trailer.

Firstly, the new Quantumania trailer catches up with Scott Lang (Paul Rudd) and Hope van Dyne (Evangeline Lilly) enjoying a celebrity lifestyle following the turbulent events of Endgame. However, the two are soon dramatically pulled into the Quantum Realm, joined by Scott’s daughter Cassie (Kathryn Newton) and Hope’s parents Janet (Michelle Pfeiffer) and Hank Pym (Michael Douglas). In a world filled with strange subatomic creatures and Bill Murray of all people, Ant-Man and The Wasp eventually cross paths with an ominous being known as Kang the Conqueror (​Jonathan Majors), and it doesn’t exactly look like a fun time.

​Jonathan Majors was cast as Kang the Conqueror back in 2020, but he didn’t show his face for a whole year until the season finale of Loki, where he played a much different iteration of the character. Hailing from another universe entirely, Majors portrayed a weary immortal version of Kang called He Who Remains, who memorably warned our heroes of his “evil” variants from other universes. It appears Quantumania will finally give rise to one of these dangerous baddies and he already looks to loom large over the MCU in the next few years.

With two more Phases heading down the pike, Kang the Conqueror’s role will likely come to fruition in due time, just as Thanos’ master plan was carried out across Phases 1 to 3. After Quantumania, Majors is already expected to feature heavily as the antagonist in 2025’s Avengers: The Kang Dynasty, so we can only imagine how much of an impact he or his variants might make in a few years’ time. While we wait, several other heroes are set to get their stories told, including Blade, Fantastic Four, and the arrival of a new Deadpool film.

Ant-Man and The Wasp: Quantumania hits theaters on February 17th, 2023.

What do you think? Are you loving the epic scale of Ant-Man and The Wasp: Quantumania? What do you think of the first look at Marvel’s newest big bad? Let us know in the comments below and be sure to follow Don’t Feed the Gamers on Twitter and Facebook to be informed of the latest gaming and entertainment news 24 hours a day!​