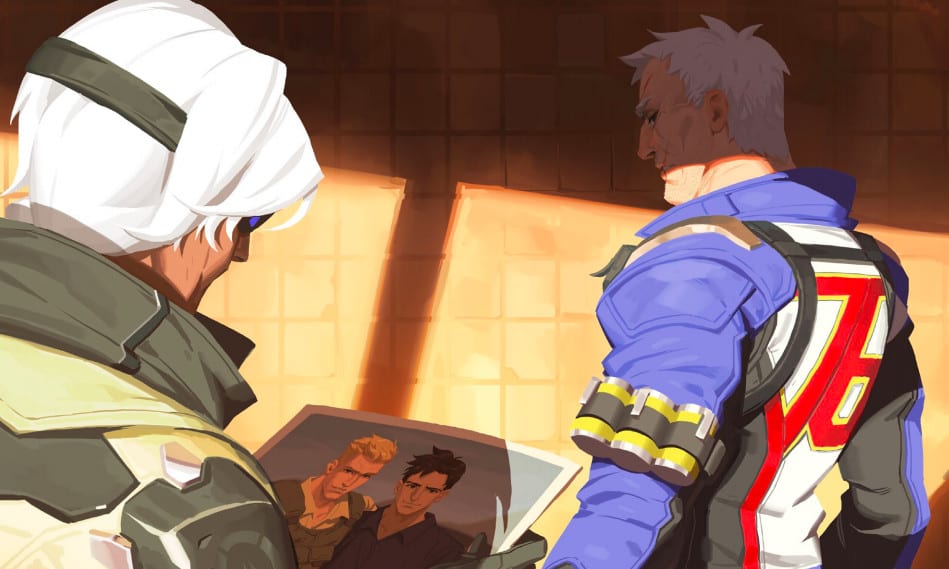 Overwatch is well known for their inclusive lineup of heroes over the years. A comic released a while back revealed the overtly bubbly hero Tracer to be the game’s first lesbian character. Now a second LGBTQ hero has been revealed as well thanks to a new short story featuring Soldier 76 and Ana.

The short story called “Bastet” finds Ana coming upon a heavily wounded Jack Morrison, AKA Soldier 76, in the streets of Cairo. Seeing her old friend in such a state, Ana brings Jack back to her hideout. While Morrison is recovering, Ana comes across a picture of Soldier 76 and a dark haired man named Vincent. It’s later revealed that Jack had a romantic relationship with Vincent, however things didn’t quite workout in the end.

Vincent deserved a happier life than the one I could give him.” Jack sighed. “We both knew that I could never put anything above my duty. Everything I fought for was to protect people like him… That’s the sacrifice I made.”
“Relationships don’t work out so well for us, do they?” Ana said, unconsciously running her thumb over where her wedding ring used to be.

If there was any doubt as to whether or Soldier 76 is in fact an LGBTQ character, the Lead Writer for Overwatch Michael Chu confirmed Soldier 76’s sexual orientation in a recent Tweet.

Thanks for all the messages about “Bastet”!

Jack and Vincent were in a romantic relationship many years ago. Both identify as gay. ❤️

Needless to say, the community has exploded with fans expressing their excitement over the most recent revelation.

Soldier 76 confirmed as gay (maybe bi/pan) in the latest Overwatch short story gives me LIFE. My OTP ship is full speed ahead! pic.twitter.com/f53hu8gObi

the evolution of soldier 76's character from "gritty captain america" to "grumpy old dad" was already p great, but then they add "carries around a photo of his ex-boyfriend he's still tragically in love with" wow

What you've heard is true. Soldier 76 is not only gay, but apparently has kept a candle lit for an old buddy from decades ago.

Screenshots are mine. You can find it on page 12 of the new #Overwatch short story.

Overwatch is currently available for PC, Xbox One, and PlayStation 4. What other types of  representation would you like to see in the shooter? Let us know you thoughts on Soldier 76 and Overwatch in the comments section below. As always, don’t forget to follow Don’t Feed the Gamers on Twitter for 24/7 coverage of all things gaming and entertainment. 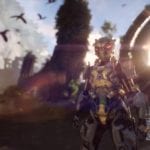 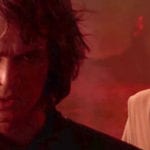