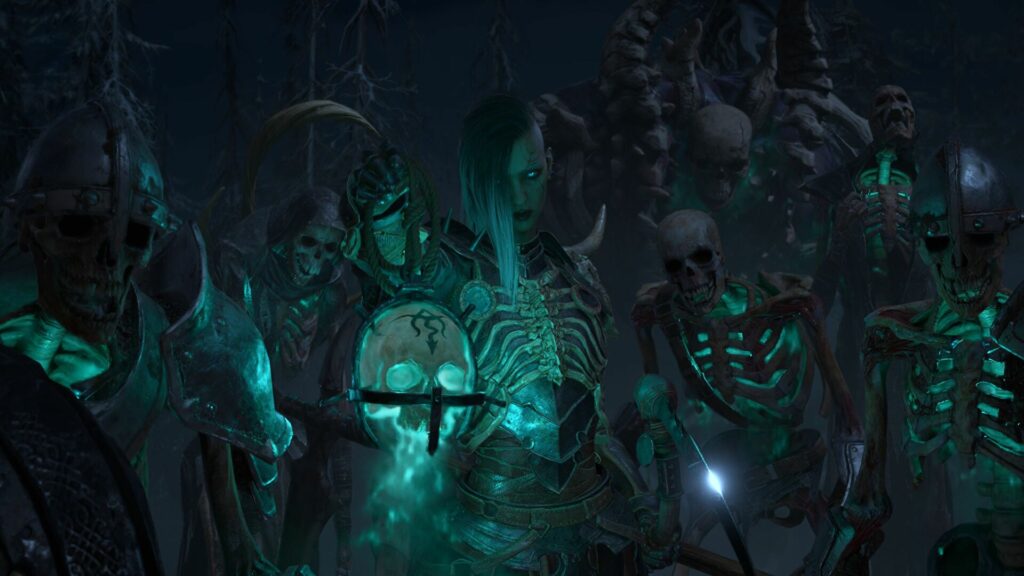 Xbox fans have been steadily enjoying the library of Xbox games that have been made available in recent years, but the future of the platform has looked even more enticing recently thanks to Microsoft’s planned acquisition of Activision Blizzard. While Activision Blizzard has had many issues related to toxic workplace culture to work out, the company still has made steady work for its upcoming games, with one of the biggest being Diablo IV. While the Diablo sequel saw some delays in production, it has steadily arrived at a point worthy of a public update. Microsoft has unveiled the Diablo IV release window for Xbox and PlayStation.

Microsoft released the new Diablo IV release window reveal trailer on their official Xbox YouTube channel, after having first revealed it on the recent Xbox Bethesda 2022 digital showcase. The big focus of the Diablo presentation was the reveal of the final character class that will be available at launch: the Necromancer class. The trailer shows the Necromancer using dark magic to make a small army of the dead assist them on their quest. Blizzard President Mike Ybarra had this to say about the Diablo news coming from the presentation:

“We can’t wait to open the gates of Hell next year—the talented team behind Diablo 4 puts gameplay first in everything they do, and they have built the biggest and most ambitious vision of Sanctuary yet. This sprawling world draws deeply from the dark well of the franchise’s 25-year history and is designed around the philosophy of player choice, offering an adventure unlike anything Diablo players have experienced before.”

Blizzard stated in the presentation that the Diablo IV release window is now slated to fall in 2023, with other statements from the company suggesting that the game will release within the next year. This new date places the narrowed release window around the first half of 2023 for PS4, PS5, Xbox One, Xbox Series X/S, and PC. It was also confirmed that cross-play and cross-platform progression saves will be utilized as well. While it is still a significant wait left for Diablo fans, at least the fog across the horizon has started to lift.

What do you guys think about the Diablo IV release window for PlayStation and Xbox? Let us know in the comments below! Be sure to stay tuned for the latest Xbox news, such as the new Starfield gameplay reveal made during the Xbox Bethesda showcase, here on Don’t Feed the Gamers! Follow us on Twitter to see our updates the minute they go live!