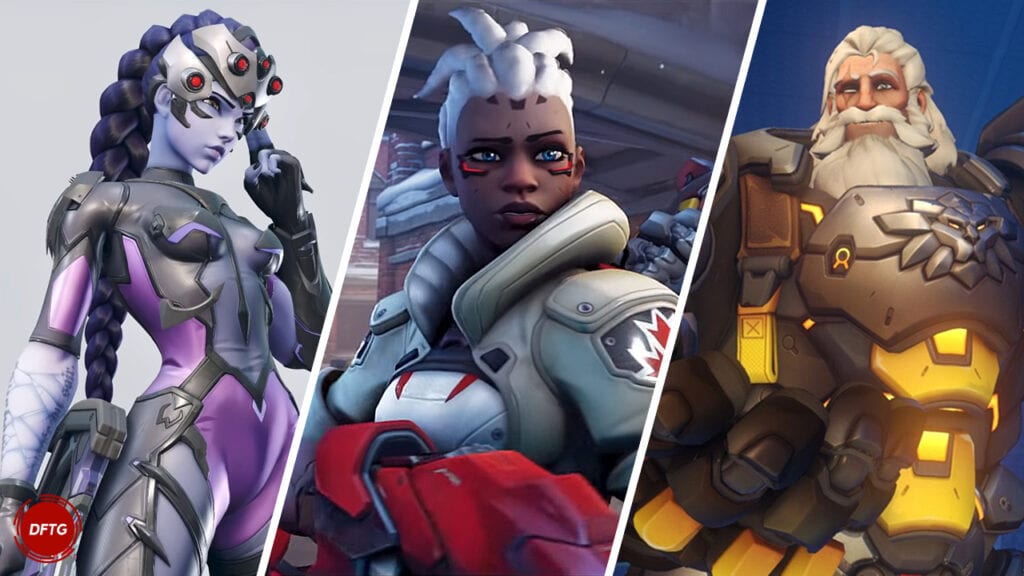 Blizzard’s Overwatch has been a mainstay of the community in the years since its debut in 2016, with the game’s popularity owed to its deep character roster, varied locations, and regular output of content. However, as of BlizzCon 2019, a long-awaited sequel is now on the way, with developer Blizzard aiming to top the first game in seemingly every respect through the addition of new playable heroes, maps, weapons, and even a full narrative story mode. After a follow-up showcase at this year’s BlizzConline, here’s everything we currently know about Overwatch 2.

First unveiled in 2019 with a captivating reveal trailer, the footage laid a path for what Blizzard has in store for fans, with plans to not only preserve its signature character lineup, game modes, and player progression, but also introduce all-new elements to be rolled out over time. This concept has been largely encapsulated by debuting Canadian hero Sojourn, who aims to bring a railgun-focused powerhouse to the proceedings alongside a wintery new map localized to Toronto. She will be the first in an unspecified number of future additions to the sequel’s roster.

These new protagonists won’t be alone in Overwatch 2, as the entire 32-hero roster of the original game is set to return for the follow-up, albeit sporting varyingly updated appearances. The OG likes of ​​Genji, Tracer, and Mercy have each received a somewhat tech-inspired design from the developers, with similar enhancements shown to have been made to McCree, Reaper, and Widowmaker as well. While all still very recognizable, the roster now definitely wears its tech on its sleeve, with the purple-hued latter now greatly resembling a cyberpunk-influenced look.

Alongside these refreshes, quite a few additions are confirmed across the game’s PvE Story Missions and PvP Hero Missions. The Story Missions of Overwatch 2 are somewhat straightforward, placing players into co-op PvE battles that tie into an overall narrative, not unlike the assorted animated shorts of old. Alternatively, the game’s variety of replayable PvP Hero Missions, such as the robot-building Push mode, are designed to offer a means for characters to level up, earn customizations, and unlock differingly upgradeable Talents by way of RPG-like skill trees.

Characters are given an increased variety through a new concept called Passives, which assigns certain buffs or abilities to a hero based on their given role. While not a fully-realized part of the game yet, the Overwatch 2 team suggested a few examples that may ultimately make the final cut, such as a Tank receiving knockback reduction, a Damage getting boosted movement speed, and a Support awarded periodic auto-healing. A revamp of the Tank role is also in the works, with focus lent to making characters like Reinhardt a bit more aggressive on the battlefield.

“It’s one of the most beautiful pieces of environment art that I think we have made for the entire game and it absolutely took my breath away.”

Welcome to Rome, a new map coming to Overwatch 2. pic.twitter.com/M3FJr03RM3

Blizzard devs similarly turned an eye toward maps for the follow-up, with multiplayer areas receiving periodic variants such as new unlockable areas in established maps, day/night versions of specific locales, or harsh weather effects such as sandstorms or, hehe, blizzards. New areas altogether will also be among the release of Overwatch 2, with several recreating iconic real-life landmarks in the familiar Overwatch art style. Along with the aforementioned Toronto map, a Rome, Italy map and a New York City-based map have also been confirmed.

As with the playable heroes, enemies also see an upgrade with the addition of responsive damage states and several leveled-up robo-beings from Null Sector. Arguably the most striking threat revealed by Blizzard has been the so-called “Puller” enemy, which from all appearances looks like an evil mechanized Medusa-like bot. The enemy certainly fits that description for the most part, as the robotic being is capable of pulling players from across a clearing and delivering an attack from its braids of doom.

As of now, Overwatch 2 still does not have a solid release date, and the sequel is considered unlikely to release anytime this year. When a launch ultimately happens, Blizzard has unique plans to continue supporting both versions of Overwatch, with each sharing a multiplayer pool and receiving the same new hero and map DLCs. While this is the initial plan, Jeff Kaplan has suggested the ultimate goal of this post-launch is to eventually merge the two titles into a single client, as not to split up the shooter series’ player base.

Overwatch 2 is on track to release for ​​​​PC, ​​Nintendo Switch, ​​PlayStation 4, ​​and Xbox One. What do you think? Are you excited for Overwatch 2 to get here already, or do you feel Diablo 4 has a better chance of releasing before the sequel comes out? Let us know in the comments below and be sure to follow Don’t Feed the Gamers on Twitter and Facebook to be informed of the latest gaming and entertainment news 24 hours a day!