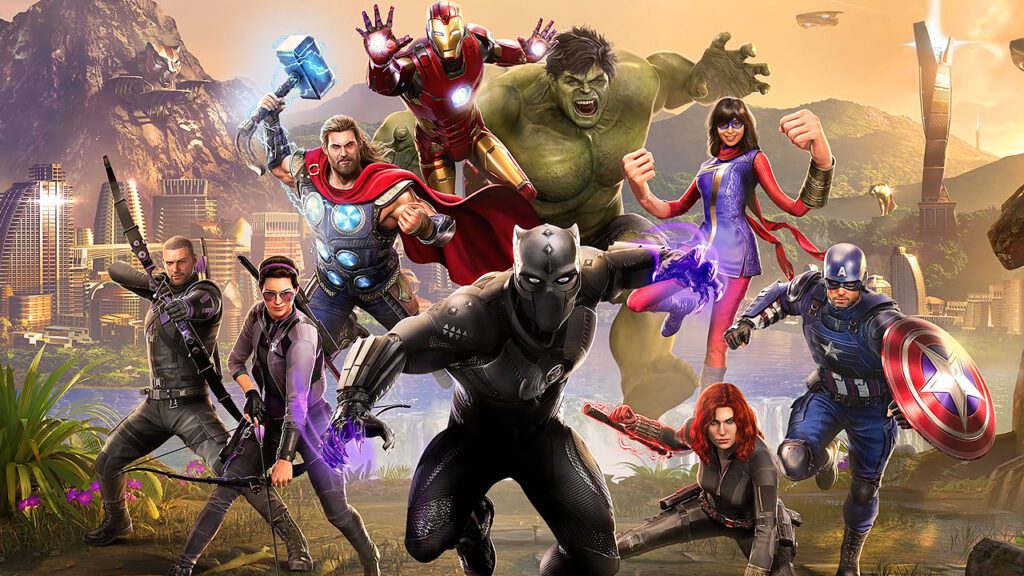 With last month’s release of Black Panther and the War For Wakanda DLC, Marvel’s Avengers had thoroughly reached the end of its announced roadmap, leaving a big question mark on the future of the live-service superhero title. With a PlayStation-exclusive Spider-Man DLC assured to be on the way and multiple years of content still in the works, Square Enix and Crystal Dynamics have now unveiled its next slate of content, which includes the awaited debut of Marvel’s red web-slinger.

As revealed in a new one-year anniversary “State of the Game” blog post, the Marvel’s Avengers devs unveiled a heft of content spanning from this month through to the end of 2021. The roadmap confirms a number of community activities and returning events, as well as a level cap increase, a new “Echoes” enemy type, and a new Wakanda raid against Klaw. Also listed is confirmation of more MCU costumes coming to the game alongside a “Nameplate Challenge” collaboration with Disney Plus’ upcoming Hawkeye series. 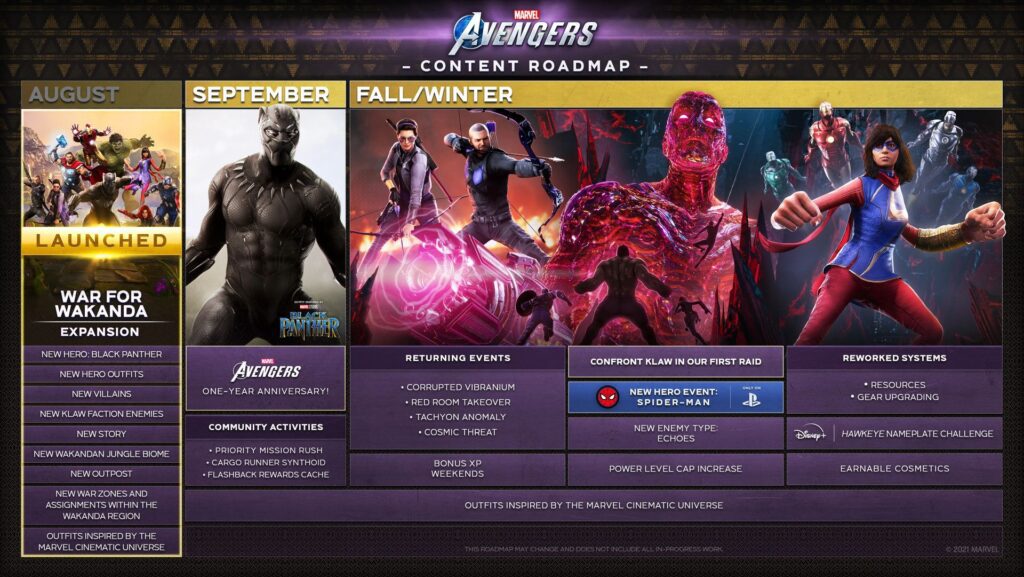 While not as substantially featured as the other content, the new roadmap also offered a first look at the long-delayed addition of Spider-Man to the Marvel’s Avengers proceedings. Slated for sometime in the Fall/Winter timeframe, information about the Spider-Man DLC isn’t exactly plentiful, but the post notably shows off the first image of the upcoming hero event, depicting an obscured Spidey swinging into action against a looming purple threat, presumably one of those aforementioned “Echoes.” 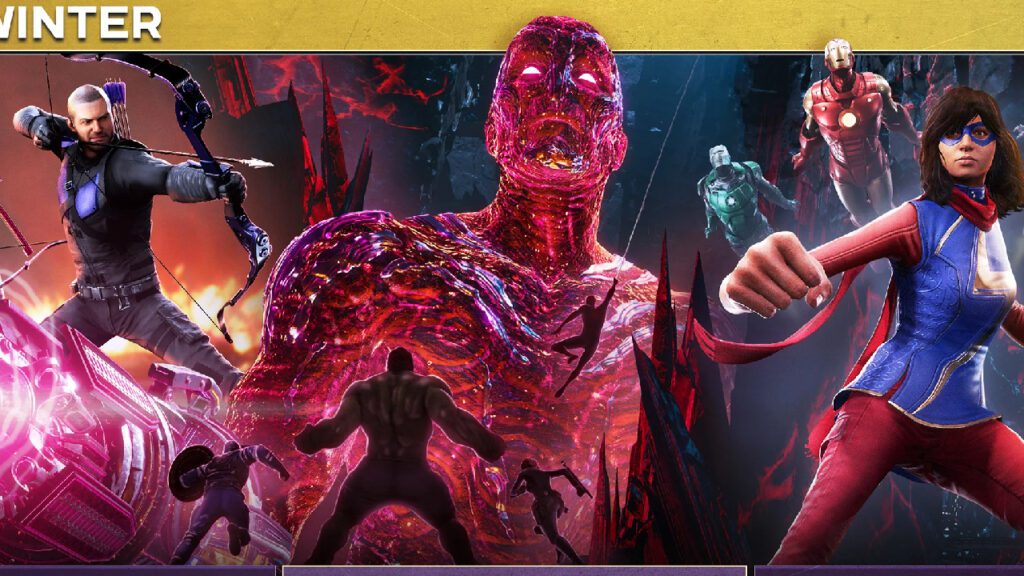 This small feature of Spider-Man is largely par for the course, as only a handful of details have been confirmed about the Marvel’s Avengers hero thus far. Devs have confirmed a wholly original incarnation of the character inspired by several different portrayals, putting to bed rumors of an Insomniac Spider-Man crossover. It looks like this small spattering of information is likely to continue for the time being, with the new blog post suggesting only “a glimpse of him here and there” until closer to the DLCs launch.

“There will be a new playable Hero with a Hero Event starring Spider-Man in 2021, only on PlayStation platforms. We’ll have more information on Spider-Man closer to launch and you may catch a glimpse of him here and there along the way.”

While a significant portion of the post was dedicated to the roadmap, Crystal Dynamics mainly offered a look back at the past year of support as the team endured a particularly troubled launch, continuing to tweak matchmaking, rewards, and general stability to reasonable levels. As the game enters its second year of life, even more content is set to roll out “into late winter and beyond” as devs tackle additional outstanding issues, awaited features, as well as updates like Patrol Mode and Omega-Level Threat: Cloning Labs.

What do you think? Are you excited for the next slate of DLC coming to Marvel’s Avengers, or do you wish they’d just put Spider-Man into the game already? Let us know in the comments below and be sure to follow Don’t Feed the Gamers on Twitter and Facebook to be informed of the latest gaming and entertainment news 24 hours a day! For more comic-themed headlines recently featured on DFTG, check out these next few news stories: