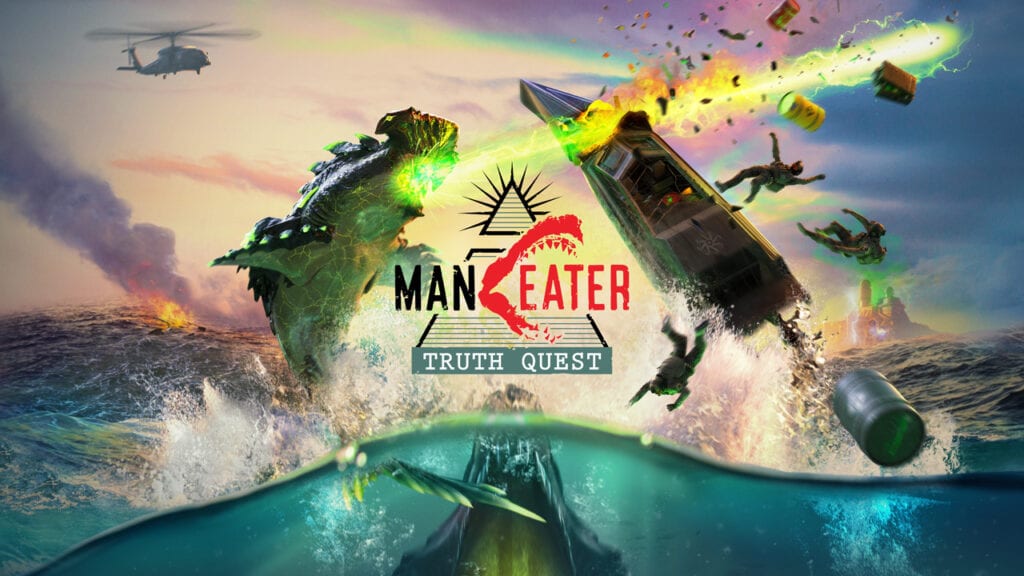 Putting players in control of a shark and allowing players to eat all manner of fish, monsters, or even people, Tripwire Interactive’s Maneater hosts a unique premise to say the least. The over-the-top “shark-PG” earned plenty of praise at launch for its humor-filled story and the ability to upgrade one’s shark into a chaos-creating monster. Now the title is set to take players on a hunt for the truth, with a new DLC called Truth Quest that explores conspiracies set in this wild and wacky world of sharks.

Following the end of the Maneater campaign, it looks like the Bull Shark protagonist has returned alongside journalist Trip Westhaven, who narrated the single-player story. This time, however, it seems poor Westhaven has succumbed to madness, as the new trailer shows the newsman claiming the superpowered antics of the Bull Shark was actually a government experiment that some unknown entity is trying to cover up. As the character digs through a variety of conspiracy theories, the Bull Shark will be growing even further, taking on more creatures and even the military as they progress through Maneater: Truth Quest.

In addition to a new story, the upcoming DLC will also bring the level cap to 40 and allow players to choose from 5 new Organ Evolutions, with an extra organ slot being unlocked upon reaching the new cap. Not only has the maximum size been increased as well, but there are also plenty of new “Uber” Apex Predators that prowl the watery depths. The new military forces will also prove to be quite the threat, attacking from beaches and fortifications as well as from the sky in the form of helicopters. In addition, Bounty Hunters will gain some new toys to help hunt the Bull Shark and there will be a total of 5 new Bounty Bosses for players to take down.

Lastly, the Maneater: Truth Quest DLC will give players some additional objectives to complete such as tailwhipping objects in order to destroy vehicles, swimming through rings in a time trial event, and more. Fans will be able to pick up the Truth Quest for $14.99 USD across all available platforms. Sadly, there’s no official release date set for the upcoming DLC, but the title is still set to appear for the Nintendo Switch on May 25th. Will you be diving back into the depths as an Apex Predator in Maneater: Truth Quest? Let us know your thoughts on the upcoming DLC and more in the comments section below. As always, don’t forget to follow Don’t Feed the Gamers on Twitter for 24/7 coverage of all things gaming and entertainment 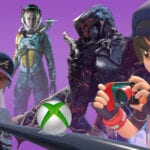