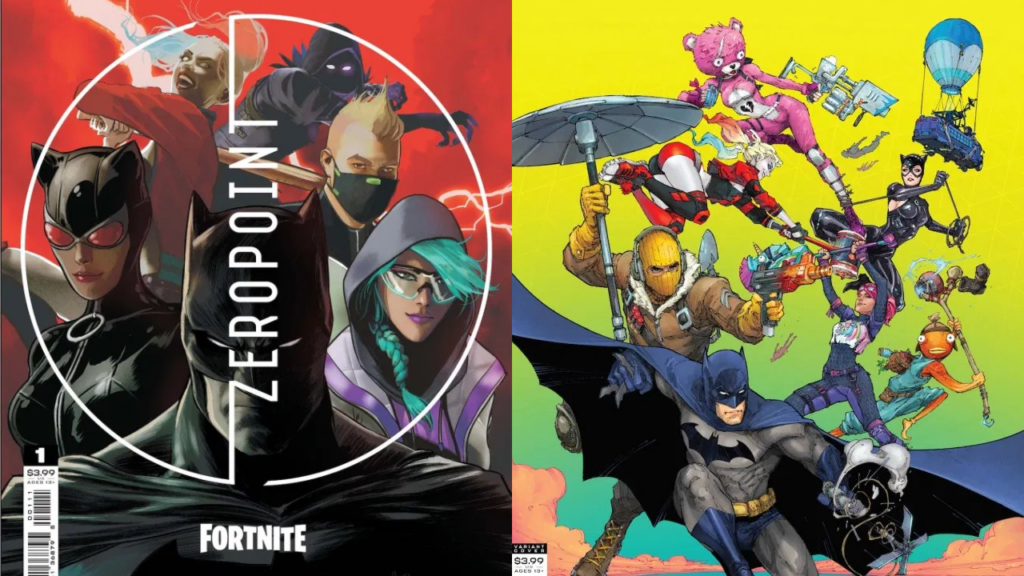 As Fortnite has grown to not just become one of the biggest entities in the gaming world, but also one of the biggest forces in the wider multimedia landscape in general, its ability to generate crossover events with other franchises has only grown more frequent. This past season of Fortnite has only furthered those crossover efforts, bringing characters from franchises like Halo, God of War and Tron to the game. However, Fortnite has done little to branch itself out to other franchises. That changes now, as a new Fortnite DC crossover comic book series has been announced.

He is vengeance! He is the night! He is gonna be in a crossover comic series with Fortnite 🎉

DC Comics recently announced the new Fortnite DC crossover comic book series on their official blog. The miniseries will consist of six issues written by Christos Gage, with art provided by Reilly Brown, Christian Duce,  Nelson DeCastro, and John Kalisz. The series will see Batman pulled into a rift that appears over Gotham City that sends him to the world of Fortnite, sans any memory of his true identity. The further given plot synopsis is as follows:

As he fights to recall his past and escape an endless loop of chaos and struggle, he’ll come face-to-face with the likes of Renegade Raider, Fishstick, Bandolier, and more. While the world’s greatest detective strives to make sense of this strange new world, he’ll uncover the shocking truth about the Island, what lies beyond the Loop, and how everything is connected to the mysterious Zero Point.”

Each of the six Fortnite DC comic issues will include a code to redeem DC-themed items in Fortnite, with fans obtaining all six items immediately earning the Armored Batman Zero skin. Each issue will sell for $4.99 (with $5.99 card stock cover variants available also), with the first arriving on April 20th, and subsequent issues arriving two weeks apart. This is quite an interesting crossover event to witness, but hopefully it means we finally get to see Batman dabbing and T-posing in the comics.

What do you guys think about this Fortnite DC comic book series crossover? Let us know in the comments below! Be sure to stay tuned for the latest Fortnite news, such as the new Street Fighter Ryu and Chun-Li skins added to the game, here on Don’t Feed the Gamers! Follow us on Twitter to see our updates the minute they go live!