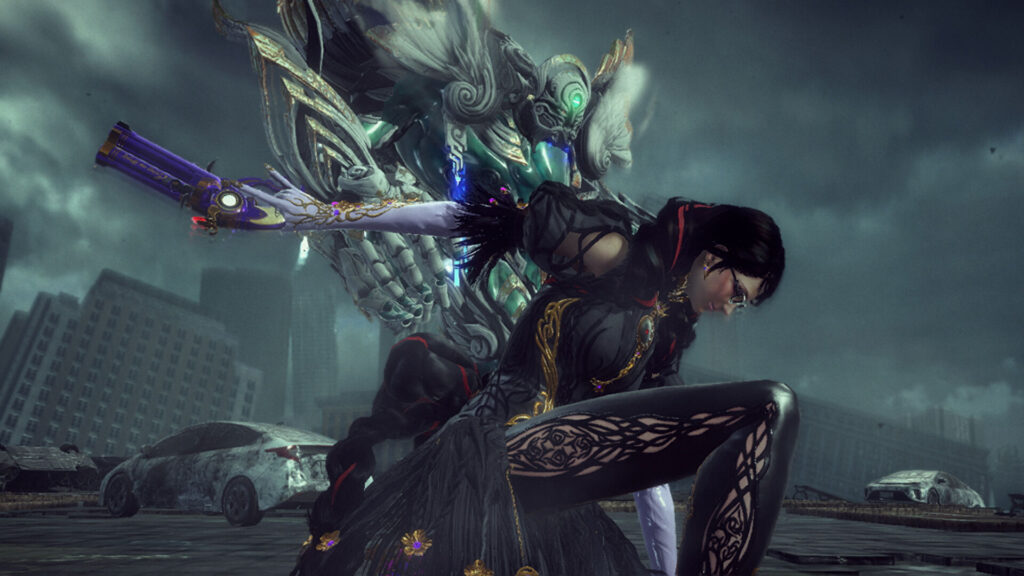 UPDATE 10/24: Following circulation of the Bloomberg article (seen below), Bayonetta voice actor Hellena Taylor has now issued a full response to the matters discussed in the report. In a series of posts on Twitter, she elaborated on several key details, including that PlatinumGames initially offered $10,000 for her to return before eventually being extended a second offer of $15,000. After declining to voice the character, Taylor recalled Platinum reaching out again eleven months later to record a cameo role instead, offering a “flat fee” of $4,000. She turned this down also.

While much of Taylor’s response lines up pretty well with Bloomberg’s findings, the Bayonetta voice actor refuted several notable details. She claimed that Platinum never offered her $4,000 across five recording sessions, calling it “total fabrications.” She also denied any alleged “lengthy negotiations” ever took place as well as the “ridiculous fictions” that she asked to be paid $250,000. Though, it should be noted that the report never mentioned this amount as it only referred to a “six-figure sum.” Our previous coverage can be read below.

A new report from Bloomberg’s Jason Schreier has shed new light on why Bayonetta voice actor Hellena Taylor left her iconic video game role. According to internal documents reviewed by the outlet and sources “familiar with the negotiations,” Taylor was indeed offered as much as $3,000-$4,000 to return for Bayonetta 3, but she would’ve earned that amount across at least five separate recording sessions, totaling at least $15,000. However, it’s reported that Taylor declined this deal and alternatively asked PlatinumGames for a “six-figure sum” as well as “residuals on the game.” This high-profile counteroffer is said to have led to “lengthy negotiations,” which eventually resulted in Platinum recasting the role entirely.

In a follow-up statement with Bloomberg, Taylor called the events covered in the report “an absolute lie,” suggesting the Bayonetta 3 dev was “trying to save their ass and the game.” She also said, “I would like to put this whole bloody franchise behind me quite frankly get on with my life in the theatre.” The original story can be read below.

As technology has allowed for actor performances to be utilized more in the storytelling of a video game, voice actors have become more crucial to getting the most out of these character-driven stories. One such character that has heavily resonated thanks in no small part to their voice actor has been Bayonetta, originally voiced by Hellena Taylor in the first two games. However, recent news confirmed that Taylor was being replaced by Jennifer Hale in Bayonetta 3. Now, it appears that the lack of reprisal by Taylor as Bayonetta was not for lack of ability, but for somewhat tumultuous reasons.

Bayonetta voice actor Hellena Taylor recently shared a series of videos on her official Twitter account disclosing the events that led to her decision to not return for Bayonetta 3. Taylor confirmed that she was able to initially secure the returning role with PlatinumGames, but was only offered $4,000 total as payment for the potential job. Citing the millions of dollars in revenue the franchise secured thanks in no small part to her work, Taylor recalled being ‘insulted’ by the figure, feeling it failed to account for the years of investment she made on her own in service of her craft. As she stated:

“This is an insult to me. The amount of time I took to work on my talent, and everything that I have given to this game and to the fans. I am asking the fans to boycott this game and instead spend the money that you would have spent on this game donating to charity. I didn’t want the world. I didn’t ask for too much. I was just asking for a decent, dignified, living wage. What they did was legal, but it was immoral.”

In response to this, Bayonetta creator Hideki Kamiya seemed to refute her claims, tweeting “Sad and deplorable about the attitude of untruth. That’s what all I can tell now. By the way, BEWARE OF MY RULES.” Jennifer Hale, who replaced Hellena Taylor, shared a more empathetic tweet in indirect support of Taylor and the crew that worked on Bayonetta 3, though kept her other comments minimal due to a non-disclosure agreement. Given that so many people worked on the game, fans will have to weigh their ethics in regard to supporting the game or not. Hopefully, though, Taylor finds some sort of recompense or an increase in voice acting work soon. Her talent is too witchfully delightful to disregard.

What do you guys think about this video from Hellena Taylor about her refusal to return as Bayonetta in Bayonetta 3? Let us know in the comments below! Be sure to stay tuned for the latest gaming news, such as the Cyberpunk Edgerunners English Dub Trailer’s reveal of the voice cast, here on Don’t Feed the Gamers! Follow us on Twitter to see our updates the minute they go live!