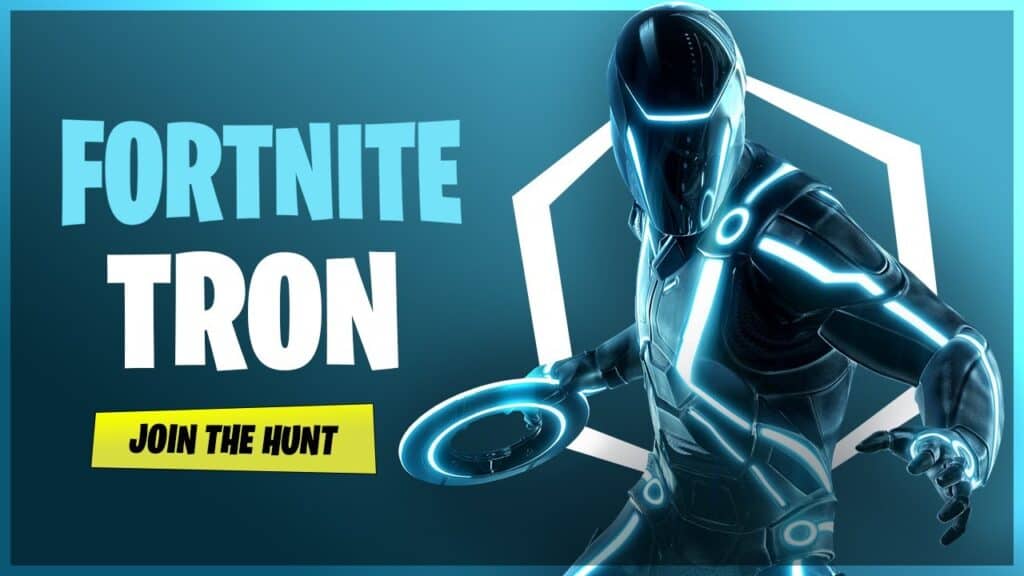 UPDATE: The leaked Fortnite Tron collaboration has been officially begun. Dubbed the “End of Line” collection, players can begin decking out characters with cosmetics from Disney’s Tron series, including “Light Suits” such as “Cypher, Firewall, Proxy, Datapath, Packet, Bitstream, Commandline, Upload, Io, and Bandwidth,” all of which include a removable helmet. In addition, the limited-time event also introduces a rideable “Light Cycle” Glider and an “Identity Disc” that functions as both a Pickaxe and Back Bling.

Welcome to the Grid.

Gear up as Grid Warriors and fight for the users! Tron Outfits are in the Shop now.

Fortnite continues to dominate the online multiplayer battle royale genre of gaming, and its latest season shows how much of a juggernaut the game has become to the grander multimedia landscape. The current season of Fortnite has crossed over with several major film, tv and video game franchises, including The Mandalorian, The Walking Dead, Marvel, Halo and God of War. While The Walt Disney Companies has lent some of its Star Wars and Marvel properties to the game, they’ve kept their core Disney properties away. However, a newly teased and leaked Fortnite Tron crossover indicates this streak may be over soon.

Epic Games has teased the Fortnite Tron crossover with a new video on their official Twitter account. The video has audio of veteran Fortnite character Agent Jonesy, who has been tasked with finding hunters from other dimensions, encountering an old computer. It is highly implied this is the computer from the Tron films that digitized Kevin and Sam Flynn, and it has digitized Jonesy and sent him to computer world of The Grid. The audio file number of MCP-82 also is a subtle reference to the original film’s protagonist, the Master Control Program, and the year the film came out, 1982.

Known Fortnite dataminer Hypex on Twitter was able to find hidden data from the latest Fortnite update. They uncovered a new music clip for the Fortnite Tron crossover that sounds much like Daft Punk’s Tron: Legacy soundtrack, along with a photo of the Tron portal to be seen in the game. Other leaked photos indicate these elements, and a new skin modeled after an anthropomorphic computer program from the series will be available later today, February 11th. Supposedly, Disney has a third Tron film in the works starring Jared Leto, with Daft Punk to return with another soundtrack. Between that and this Fortnite crossover, it’s good to know that the hero that fights for the users still has some byte left in him.

What do you guys think about this Fortnite Tron crossover that was leaked? Let us know in the comments below! Be sure to stay tuned for the latest Fortnite news, such as the new Fortnite game mode that takes cues from Among Us, here on Don’t Feed The Gamers! Follow us on Twitter to see our updates the minute they go live!