Blizzard may be famous for putting out some of modern gaming’s most memorable titles in Overwatch, World of Warcraft, and Diablo, but this epic library becomes even more impressive considering the developer’s many projects that still remain on the cutting room floor. In fact, the company seems to release just as many projects they cancel, and while this 50% success rate doesn’t appear to be intentional, former president of Blizzard Mike Morhaime recently provided insight as to why the statistic consistently stands.

Speaking recently at the Gamelab Conference in Barcelona (via Eurogamer), Morhaime talked about the reasons why Blizzard seems to only follow through with half of their development plans. “I’ve gone back every few years and checked the math on that, and it’s pretty consistent,” Morhaime said. “It’s like half the titles we work on never make it.” Looking back at over two decades worth of cancellations (14 in total), the ex-boss attributes this continued bifurcation with reasons such as poor demand or runaway budgets; in essence, hurdles hindering Blizzard’s high standards of development.

There’s a saying that ‘perfect is the enemy of great’, because if you strive for perfection you’ll never ship. But I do think that there’s so much competition out there.”

Eurogamer made note of a parallel between this mindset and the launch of the original Diablo in 1996. The now-classic action RPG was notably delayed for several weeks, pushing past its coveted Thanksgiving release and most of the remaining holiday season so it could be properly completed. Finally dropping at the very end of December, this dedication to quality paid off immensely, earning the Blizzard title a number of acclaims and becoming one of the highest-selling games of 1997. Reflecting on this success, Morhaime expressed:

Over the years, quite a few of Blizzard’s unrealized projects have been divulged such as a would-be Diablo III expansion, an ambitious World of Warcraft follow-up, as well as a stealth-shooter set in the Starcraft universe. Before Overwatch came to be one of gaming’s most prominent titles, the developer additionally had two more MMOs in the works; one based on an undisclosed Blizzard franchise and the other following an entirely new intellectual property.

What do you think? Do you appreciate that Blizzard has remained picky with their releases, or will you always wonder what could have been? Let us know in the comments below and be sure to follow Don’t Feed the Gamers on Twitter and Facebook to be informed of the latest gaming and entertainment news 24 hours a day! For more headlines recently featured on DFTG, check out these next few news stories: 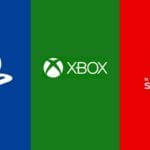 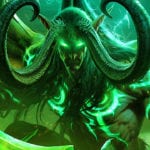