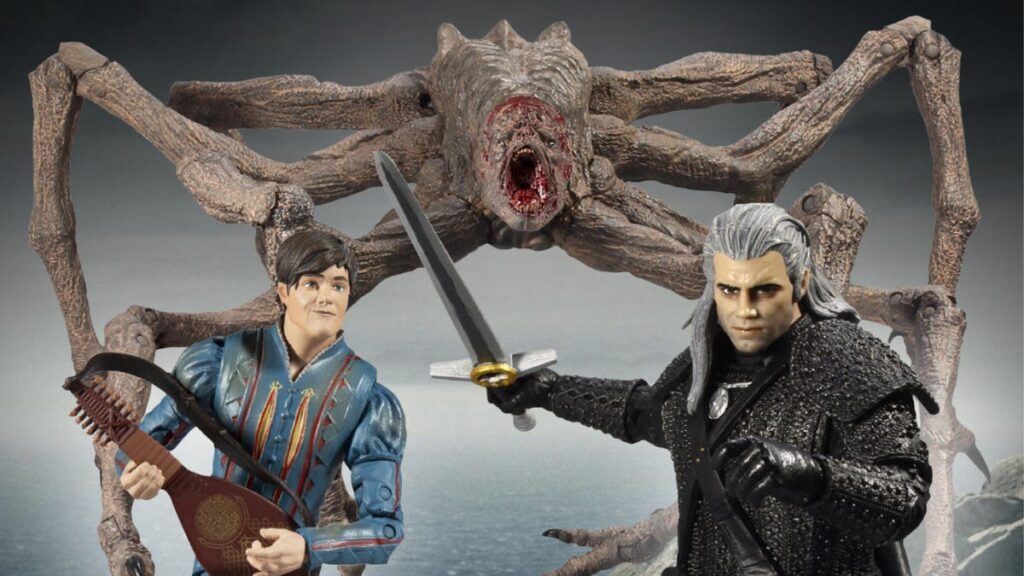 The Witcher fans have had a great time in recent years with the franchise, and the series is showing no signs of losing its hot streak. The Witcher is especially cementing itself as one of the biggest franchises on Netflix, with the streaming service announcing several spinoff projects based on their take originating with the live-action Henry Cavill series. The franchise was celebrated in a big way with McFarlane Toys announcing a new line of The Witcher Netflix figures last year. Now, the full first wave of figures based on the Netflix series has been unveiled. 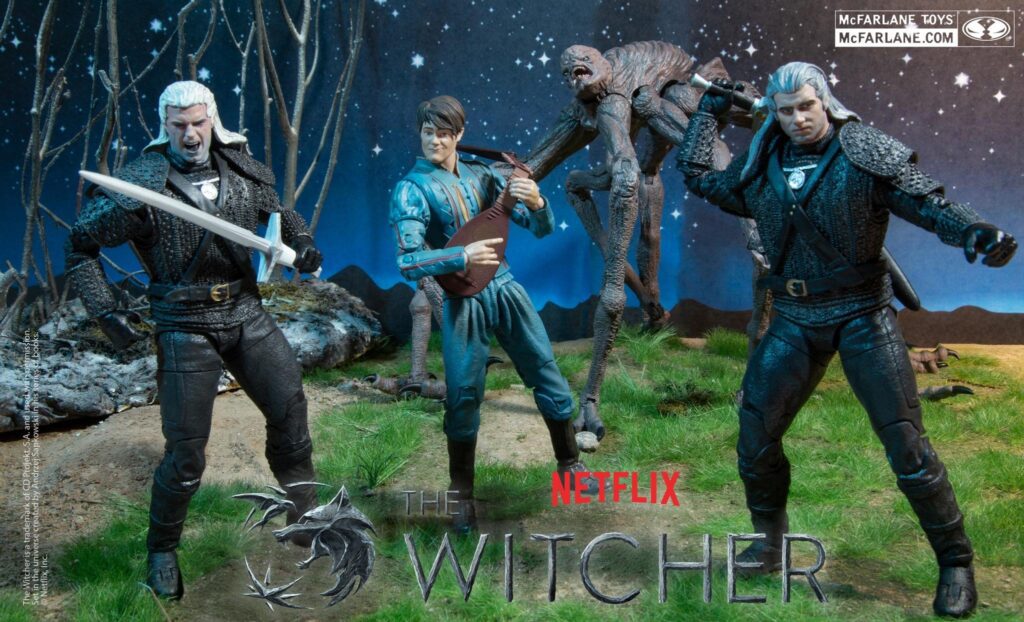 McFarlane Toys listed the new line of The Witcher Netflix figures on several retailer websites, such as Walmart. The first wave of high-quality toys consists of 7-inch figures: a standard Geralt of Rivia, Jaskier, the Kikimora, and a version of Geralt of Rivia as seen during his battle with the Kikimora. The standard Geralt figure is equipped with his season 1 armor, steel sword, and a fabric cloak. This figure is best paired with the Jaskier the bard figure, which comes with a lute and lute strap. 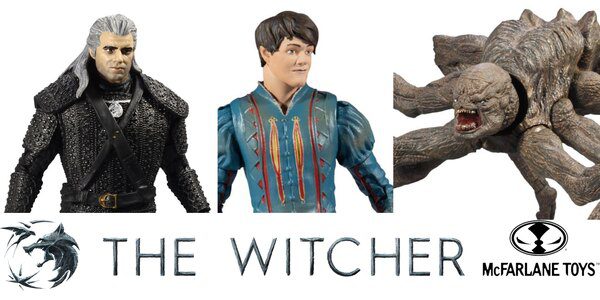 The Kikimora figure is scaled to match the height proportions of the other Witcher Netflix figures, especially the Kikimora Battle Geralt, which has him painted with his pale toxic face from that battle. The Geralt figure’s sword can even fit through a little hole in the Kikimora’s head, to recreate its demise in the series. Keeping to McFarlane Toys tradition, the figures all have a great amount of painted detail on them and have many points of articulation allowing for a variety of poses. Each of these figures is available now for pre-order and will arrive at fans’ homes on December 4th. Any true Witcher fans will want to toss a coin towards these figures.

What do you guys think about The Witcher Netflix figures unveiled by McFarlane Toys? Let us know in the comments below! Be sure to stay tuned for the latest The Witcher news, such as the Netflix series’s season 2 trailer that reveals Vesemir, here on Don’t Feed the Gamers! Follow us on Twitter to see our updates the minute they go live!