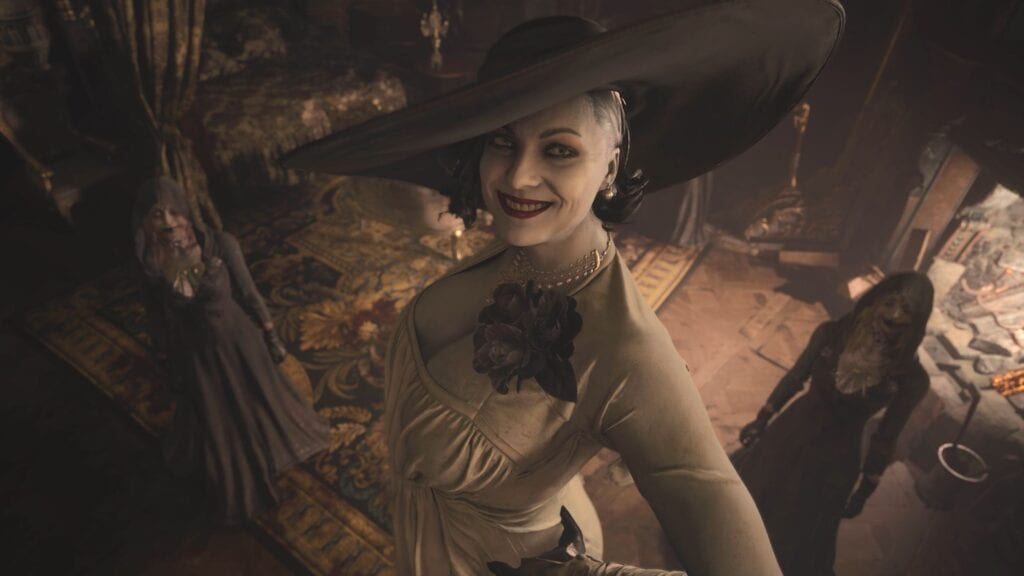 Initially announced last year, Capcom revealed the eighth entry in the survival-horror series Resident Evil Village, with the first look promising a truly ominous atmosphere as well as more than a few surprises to come. While much of what has been unveiled so far has largely been left to tidbits and screenshots, the much-teased Resident Evil Showcase event has finally revealed the first bit of extended gameplay from the anticipated horror title.

As seen below, fans follow main protagonist Ethan Winters as he explores the game’s decidedly spooky Village for his kidnapped daughter. Keeping in line with the first-person perspective from RE7, this particular footage takes players through an incredibly-detailed castle located on the grounds, featuring some crisply created environments as well as an uncomfortable confrontation with the building’s resident vampires.

The second half of the trailer gets considerably more action-packed, showcasing a nice look at how combat and the game’s many enemies operate in Resident Evil Village. In typical RE fashion, the endeavor doesn’t appear to be the most carefree of experiences, with enemies featuring their own distinct abilities and areas often feeding the flames of some pretty intense encounters.

Of course, players will also have their own arsenal to work with, with the expected weapons, puzzles, and items being littered all around the map. Resident Evil Village, however, also has a number of unique resources to take advantage of such as crafting and the grotesquely jolly debut of the merchant character “The Duke,” allowing players to purchase and sell weapons at their disposal.

“If it’s just looking, window shop away.” The Duke, a mysterious merchant in Resident Evil Village, makes his presence known during the #REShowcase.

As of now, Resident Evil Village is confirmed to release for PC, PlayStation 4, PlayStation 5, Xbox One, and Xbox Series X/S on May 7th. The addition of the two last-gen platforms was confirmed at the top of the showcase alongside the official release date. The event also yielded an all-new cinematic trailer, confirmation of a unique multiplayer mode, as well as a new playable demo set to go live for PlayStation 5 users later today (January 21st).

What do you think? Does this new gameplay have you excited to see what else Resident Evil Village has to offer, or are you reserving judgment for the game’s demo? Let us know in the comments below and be sure to follow Don’t Feed the Gamers on Twitter and Facebook to be informed of the latest gaming and entertainment news 24 hours a day! For more headlines recently featured on DFTG, check out these next few news stories: