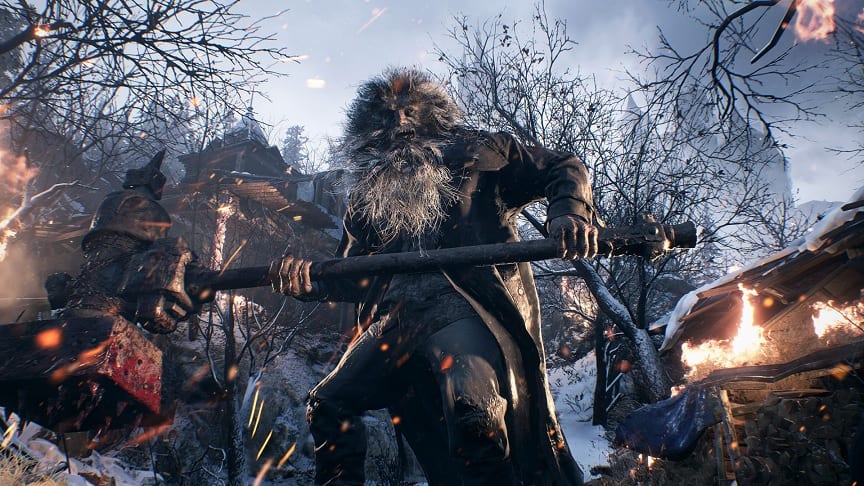 Resident Evil Village has for the most part exceeded expectations, doing well enough that the game has already shipped over 3 million copies since its release. The survival horror title used to look quite different while in development, though, with Capcom recently revealing that the sheer number of enemies and their overall aggression caused a “really strong negative reaction” within the quality assurance department for the game.

As revealed in Capcom’s Making of Resident Evil Village – The Internal Struggle video, the development team ran into some issues in an environment that was already fraught with them due to COVID-19. According to game director Morimasa Sato, “development came to a complete stop at Capcom due to the self-isolation caused by COVID-19,” which caused work on the game to be halted for a month. When the team returned to work after the delay, it was agreed that “they needed to fix the game.” Following an early test with a focus group of players, the feedback was that “the enemies were very aggressive, but the players found they didn’t need to think that hard while playing because of this.”

When Sato brought up the concerns with Quality Assurance Manager Shutaro Kobayashi he agreed, confirming that there had been “a really strong negative reaction” and that “The game’s content was completely divorced from what the development team thought they had made.” Some of the negative feedback was in regards to the amount of enemies that were thrown at players, with testers complaining that there were too many overly aggressive enemies and that there wasn’t enough ammo to realistically fend them off. Project Manager Tatsuo Isoko suggested that playing through the game was “a real slog,” though according to Sato the “development members at Capcom do a great job of listening.”

The team drilled down and found that the solution was to not “make the player panic about by just throwing aggressive monsters at them,” changing it to instead “make them paranoid about if and how they’re going to be attacked. Then, when an enemy appears, it’s relentless.” Thus, an enjoyable survival horror experience was born. It may still be a slog in a few parts, but, at least the scenes with Lady Dimitrescu more than make up for it.

Thoughts on Capcom’s ‘Making of’ video? Let us know in the comments section below, and as always, stay tuned to Don’t Feed the Gamers for all the latest gaming and entertainment news! Don’t forget to follow DFTG on Twitter for our 24/7 news feed!