The rebooted Star Wars Battlefront II may have had a rocky beginning, but it grew to become quite a delightful title as time went on. Following that, Respawn Entertainment’s Star Wars Jedi: Fallen Order was an instant hit, taking players on an epic journey across the galaxy as a former Jedi apprentice finds his way back to the Force. Soon, Ubisoft will have a chance to deliver its own entry into the Star Wars franchise as well. Now thanks to some new rumors, it seems Quantic Dream is going to be getting in on the action as well.

According to French YouTuber Gautoz, the developer who created both Detroit: Become Human and Heavy Rain has reportedly ended its 3-game contract with Sony and signed a deal with Disney to develop a new Star Wars title under the direction of designer David Cage. While no details were given on what the game would entail, the claim was later corroborated by known Insider Tom Henderson, posting a cryptic Tweet featuring a mash-up image of Star Wars lightsabers and Detroit: Become Human.

Considering the studio’s previous run of titles, it wouldn’t be surprising to see a rich story-focused Star Wars game from Quantic Dream. Disney and Lucasfilm signaled the end of their Star Wars exclusivity deal with EA earlier this year, revealing a partnership with Ubisoft for an upcoming open-world title. Adding fuel to the fire, Sony also announced a full PlayStation 5 remake of Star Wars: Knights of the Old Republic was also in the works.

Whether or not it actually happens, it’d be interesting to see what Quantic Dream or other developers can deliver using the Star Wars franchise. Though, only time will tell what the future holds. Let us know your thoughts on seeing a Star Wars game coming out of Quantic Dream and more in the comments section below. As always, don’t forget to follow Don’t Feed the Gamers on Twitter for 24/7 coverage of all things gaming and entertainment. 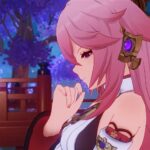 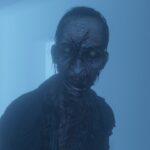