The new season for Overwatch’s Competitive Mode is here already, and Blizzard wants fans to know that they have taken their feedback seriously. For those strong enough to brave the salt, Comp gives those gamers looking to show off their skills and become even better a chance to do just that. From Hanzo main, to our precious healers – everyone has a chance to show their stuff.

For those that want to participate, the only requirement is that all players much reach level 25 before participating. Once that’s achieved, at the beginning of every season players will compete in 10 separate “placement” matches to see exactly where their skill level is at. From there, it’s play and continue to climb the ranks.

For season 8, however, the team over at Blizzard has implemented a few key changes to make the more serious mode even more rewarding. Here’s what they had to say to their player base:

Over the last few months, we’ve been listening to your feedback and working behind the scenes to make this season of Competitive Play better than ever. So, before you dive into your placement matches, let’s talk about what’s new for Season 8.

Season 8 is live for PC, PlayStation 4, and Xbox One, so power up your favorite gaming machine and join the fight! What do you think about the recent changes made to Overwatch season 8? What are you hoping comes with future updates? Sound off with your thoughts in the comment section below, and don’t forget to check out DFTG on Twitter for gaming and entertainment news live 24/7! 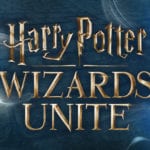 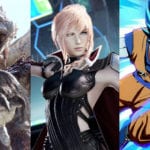 Here’s The Full List Of Games Releasing In January 2018