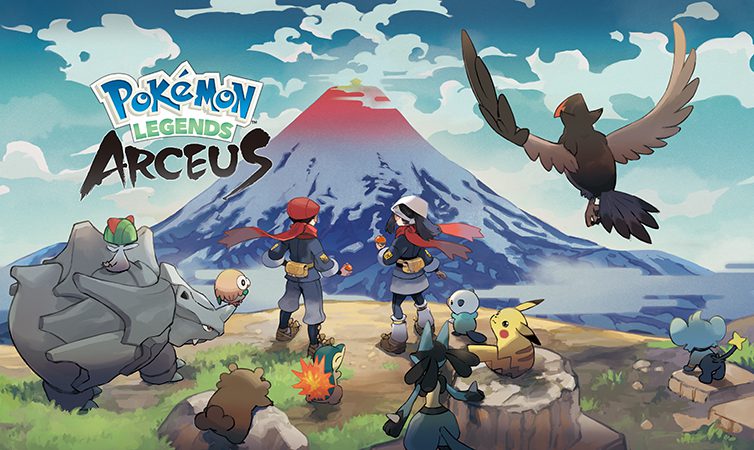 With several new Pokémon projects on the horizon, it appears another series-focused presentation is currently upon us. As revealed in a recent announcement post, a new Pokémon Presents showcase is officially coming next week, promising “exciting” reveals for the upcoming Pokémon Diamond and Pearl remakes, the open-world RPG spin-off Pokémon Legends Arceus, as well as an intriguing tease of something “more.” The full presentation begins on August 18th (6 a.m. PT) and will last about 28 minutes in total.

As it’s been a while since either game received much information, Pokémon Legends Arceus, Pokémon Brilliant Diamond, and Shining Pearl are considerably overdue for another update. Both titles were formally announced earlier this year with the Diamond and Pearl remakes showing a significant upgrade over the Nintendo DS original, and Legends Arceus presenting a feudal Japan-set spin-off with open-world ambitions and an action RPG gameplay style.

A new Pokémon Presents dedicated to these coming titles is sure to excite fans, but the offer of something “more” will also undoubtedly sprout speculation. This mystery announcement could be anything considering the Pokémon franchise has grown to include new genre spin-offs, a live-action TV show, and even fast food partnerships. Personally, I’d like to see an update about long-dormant projects like Pokémon Sleep or the repetitiously named Pokémon GO Plus Plus. A guy can dream, can’t he?

What do you think? Are you excited about the new Pokémon Presents showcase? What are you hoping to see at the event? Let us know in the comments below and be sure to follow Don’t Feed the Gamers on Twitter and Facebook to be informed of the latest gaming and entertainment news 24 hours a day! For more event headlines recently featured on DFTG, check out these next few news stories: