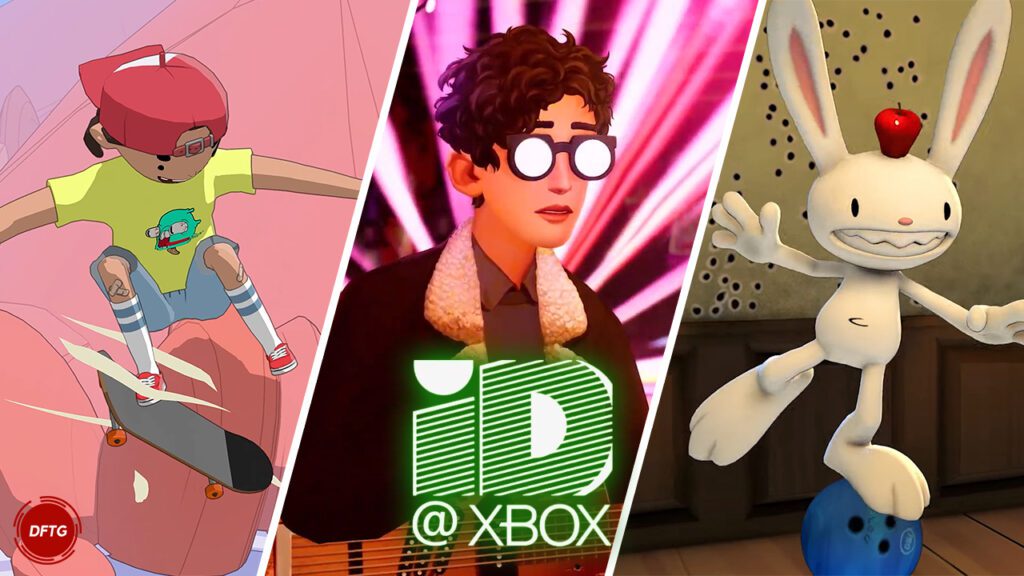 Microsoft’s Independent Developers program, or [email protected], has been offering assistance to numerous smaller studios over the years, having helped produce hundreds of releases since the initiative began in 2014. The program’s profile has only grown in recent years, with Xbox even dedicating whole events to showcasing the wide array of indie releases. As the latest of these events concludes, here was everything that was announced during the new [email protected] Showcase.

Taking place in an off-Earth setting, Lightyear Frontier was revealed as a new farming sim featuring a “mystery-driven narrative” as well as a “cosmic country soundtrack.” The open-world title allows for up to four-player co-op as players fashion their own unique farm, endure various environmental hazards, and uncover hidden secrets of the mysterious alien setting. Though there’s no release date as of yet, Lightyear Frontier is currently in development for PC, Xbox One, and Xbox Series X/S.

Tasking players with establishing a settlement on the back of an enormous walking creature, post-apocalyptic city-builder The Wandering Village certainly boasts a unique premise. The survival title first launched as a Kickstarter last year and the project immediately stood out for its unique and fantastical concept. While the game was first posed as a PC-exclusive, versions for Xbox One and Xbox Series X/S are now also confirmed to be on the way. No launch date exists, but the game is expected to release in Early Access and Game Preview.

Borrowing a bit of aesthetic from the Portal games, Lab Rat is an upcoming puzzle title on the way from developer Chump Squad. The experience tasks a lone test subject with disarming and navigating a series of increasingly dangerous rooms, overcoming hazards such as electricity, lasers, as well as a sassy AI mastermind named S.A.R.A.. Along the way, progress stats are recorded and can be monitored in real-time by members of the community. Lab Rat doesn’t yet have a release date but is set to release for PC and Xbox Series X/S in 2022.

RPG Time: The Legend of Wright

Announced back in 2019, Desk Works’ upcoming RPG Time: The Legend of Wright is an upcoming hand-drawn RPG presented in a supremely nostalgic art style reminiscent of childhood school classrooms. Notebook scribbles, pop-up paper crafts, and repurposed desk clutter are the stage for the fantasy-inspired adventure as players “journey into the surprising and magical world of imagination.” After enduring a delay, RPG Time earned a slightly more solid release window at the [email protected] Showcase, launching for Android, iOS, PC, Xbox One, and Xbox Series X/S in Winter 2021.

The OlliOlli games have offered a colorful platforming-style spin on the extreme sports genre, but Roll7 is pushing the series miles further with the upcoming OlliOlli World. After being announced earlier this year, the 3D skateboarding title returned for the [email protected] Showcase, offering a look at the customization offered by the upcoming release. The footage confirms cosmetic options such as skin tone, facial hair, clothing, and board art, while also covering more technical details like skating stances, emotes, and trick variety.

Inked: A Tale of Love

Featuring a gorgeously detailed sketch art style, Inked: A Tale of Love had already graced PC and mobile devices with its emotional “tale of love and hope” earlier this year. The game follows a “Nameless Hero” as they set out on a journey “to save his loved one in a vast and beautiful landscape filled with challenges.” The story-driven puzzle title had previously confirmed a console release for Nintendo Switch, PlayStation, and Xbox for 2021, but Pixmain and Somnium Games have now confirmed a release date for August 27th.

Sam and Max Save the World Remastered

A remaster of the first Telltale Sam and Max game Save the World was formally announced last year, boasting a fresh graphical update and new music re-recorded from the original. While the chaotic crime-solving duo was only confirmed to land on PC and Nintendo Switch, developer Skunkape Games has now confirmed Sam and Max Save the World Remastered is currently available for Xbox One (and backward compatible for Xbox Series X/S) in a surprise new announcement.

Retro-themed action-platformer Dimension Drive is gunning for a sequel with Aeon Drive, a cyberpunk shooter set in a far-future version of Barcelona. Shown during the new [email protected] event, developer 2Awesome Studio debuted a nice bit of new gameplay, centering on protagonist Jack as she warps across levels and slashes enemies in various 80s-inspired environments. The footage also provided a new look at multiplayer as up to four players engage in PVP or join the game’s mission to save the universe. Aeon Drive releases for PC, Xbox One, and Xbox Series X/S in Fall 2021.

Described as a “teenage grifting adventure game,” The Big Con is a narrative adventure game on the way from developer Mighty Yell, premising a young con artist aiming to save her mother’s video store from loan sharks. The project is one that is practically yelling 90s(!), featuring a series of stealth sections, pickpocket puzzles, and general sneakiness under a bright and wild visual style of the nostalgic heyday. For the [email protected] Showcase, Mighty Yell confirmed several new cast additions for the title, notably including storied voice actors Erika Ishii and Dave Fennoy.

The Big Con arrives for PC, Xbox One, and Xbox Series X/S on August 31st.

Several new games were also confirmed to be coming to Xbox Game Pass from now through the end of 2021. Microsoft re-confirmed Lince Works’s stealth-focused ninja title Aragami 2 is coming September 17th, the adorable dog photography title Pupperazzi would be coming “soon” to PC and Xbox, and villain sim Evil Genius 2: World Domination was assured for the service when it arrives for consoles in Q4 2021. Likely the most noteworthy of additions, the farming title Stardew Valley was also confirmed for Game Pass sometime in Fall 2021.

Stardew Valley is coming to @XboxGamePass

After spending months in Early Access, the self-described “library battle simulation” Library of Ruina is now available for PC and Xbox One. The announcement was formally revealed during the [email protected] proceedings, showing off the game in a dramatic trailer. Featuring a card-based battle system, the story-based title centers around a cast of librarians as they battle various guests of the reading establishment. Bizarrely, defeated foes themselves turn into books, adding the library’s shelves, fleshing out the player’s deck, and inviting more guests, all in search of “the one singular, perfect book.”

Spacelines from the Far Out

Developer Coffeenauts’ space-set party management sim has received a new trailer, highlighting the colorful game’s newly-debuted demo. Available for a limited time on Xbox platforms, the title tasks players with building and managing their own Spaceline, which, based on the new footage, appears to be more challenging than it sounds. Sporting cartoony, 60s-inspired visuals, players need to pilot their own starship, manage its various duties, and keep passengers happy without completely screwing everything up. The whole thing gives off similar vibes to the Overcooked games, which also feature a hilariously chaotic co-op element.

Spacelines from the Far Out is set to release for PC, Xbox One, and Xbox Series X/S in Fall 2021.

Lastly, on the heels of the game’s recent release date announcement, The Artful Escape was also re-confirmed as a day-one addition for Xbox Game Pass. Releasing September 9th, creator Johnny Galvatron highlighted quite a bit of the trippy rock odyssey’s otherworldly offerings, following a teenage guitar prodigy as he crosses multiple dimensions in search of musical inspiration. The title sports some truly inspired visuals, but also a well-rounded voice cast including Michael Johnston and Caroline Kinley, as well as Lena Headey, Jason Schwartzman, Mark Strong, and Carl Weathers.

The Artful Escape releases for PC, Xbox One, and Xbox Series X/S on September 9th.

What do you think? Were you impressed by the assortment of reveals at the [email protected] Showcase? What game are you personally looking to play most? Let us know in the comments below and be sure to follow Don’t Feed the Gamers on Twitter and Facebook to be informed of the latest gaming and entertainment news 24 hours a day! For more Microsoft headlines recently featured on DFTG, check out these next few news stories: 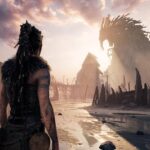 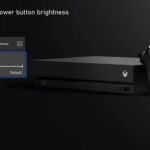