Fallout: New Vegas was a brilliant interpretation on the major Bethesda franchise implementing a massive amount of updates and new systems from Obsidian Entertainment.  This included the likes of the Karma system, the plethora of skills to take, the modifications to equip, crafting system, and more. All of the best parts of the game will be making a return in the Fallout 4: New Vegas mod which is currently in the making. A new trailer has been released by the developers showing off a little more of what’s to come from the total conversation mod.

The newest trailer features the murder of AI within the Goodsprings area. With a quick tease of the many skills returning within the mod shows that the poor unlucky Goodsprings Settler had no idea his corpse would become the sight of a bloody explosion. The Settler that was killed also happens to be a civilian of Goodsprings, and now the player has gained a bit of a bad reputation with the faction. This teases the Karma system, which was one of the best additions to the game.

If you’d like to see more of the ambitious undertaking, check out the modder’s official page for screenshots, updates, and more.

Fallout 4: New Vegas aims to recreate Obsidian Entertainment’s Fallout: New Vegas in Fallout 4’s Creation Engine, with all of the original quests, story and content, with additional gameplay elements and systems from the new and improved engine!

While the official developers of New Vegas would love to make another title, it’s hard to say when that would be, if it was to happen at all. For now, fans will need to hold out a little longer for the total conversion of New Vegas into Fallout 4 with this mod. Let us know your thoughts on the newest Fallout 4: New Vegas mod trailer and more in the comments section below. As always, don’t forget to follow Don’t Feed the Gamers on Twitter for 24/7 coverage of all things gaming and entertainment. 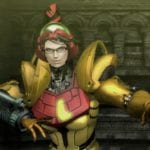 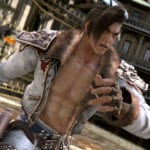 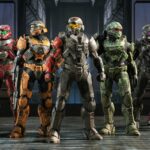 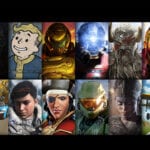