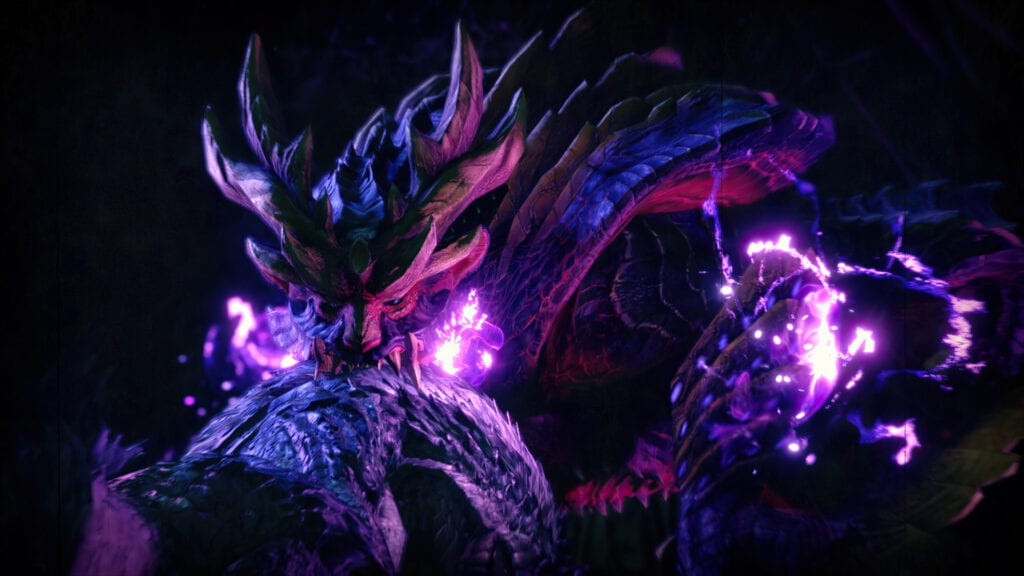 The next entry into the Monster Hunter franchise, Monster Hunter Rise is ready to bring with it a ton of cool new stuff for fans to sink their teeth into. This includes content such as new mechanics, features that will help players traverse the world, as well as new Canyne companions that will be of help in the battle against dangerous beasts. Of course, even with the new help, some of the new monsters that were recently revealed are looking to be quite the challenge for the avid Hunter.

Nintendo’s recent Direct presentation touched on a few of the monsters players can expect to find in the wilds of Monster Hunter Rise, including the newest major threat, Magnamalo. This particular creature was seen briefly in the trailer and only stuck to the shadows, but the Fanged Wyvern emanated an eerie purple light that helped give fans a small hint as to what the creature will look like. Alongside the new flagship monster, Capcom also revealed 3 other beasts that players will take on throughout their journey.

One such monster is a Bird Wyvern called Aknosom, which has a large crest on its head and has the ability to change shape to suit its attack as well as shoot fireballs from its mouth. Another Bird Wyvern called Great Izuchi is a creature that moves together in groups of three, with one larger beast and two smaller ones. The trio fights with swift tail attacks, sometimes in succession of one another or even all at once, forcing Hunters to develop a good sense of timing.

Lastly is a large Amphibian creature called Tetranadon that can swallow the ground and swell up a sac in its throat before charging at Hunters. At one point in the trailer, the beast even tries to fight another Monster and attempts to swallow it whole, similar to the Great Jagras of previous games. The Monster Hunter Rise devs confirmed that these types of monster vs. monser battles will also feature new gameplay elements that will be fully revealed sometime in the future.

Monster Hunter Rise was only announced for Nintendo Switch and is expected to arrive on March 26th of next year. What Monsters are you most excited to see and fight against? Let us know your thoughts on the inclusion of Canynes in the upcoming Monster Hunter Rise and more in the comments section below. As always don’t forget to follow Don’t Feed the Gamers on Twitter for 24/7 coverage of all things gaming and entertainment.