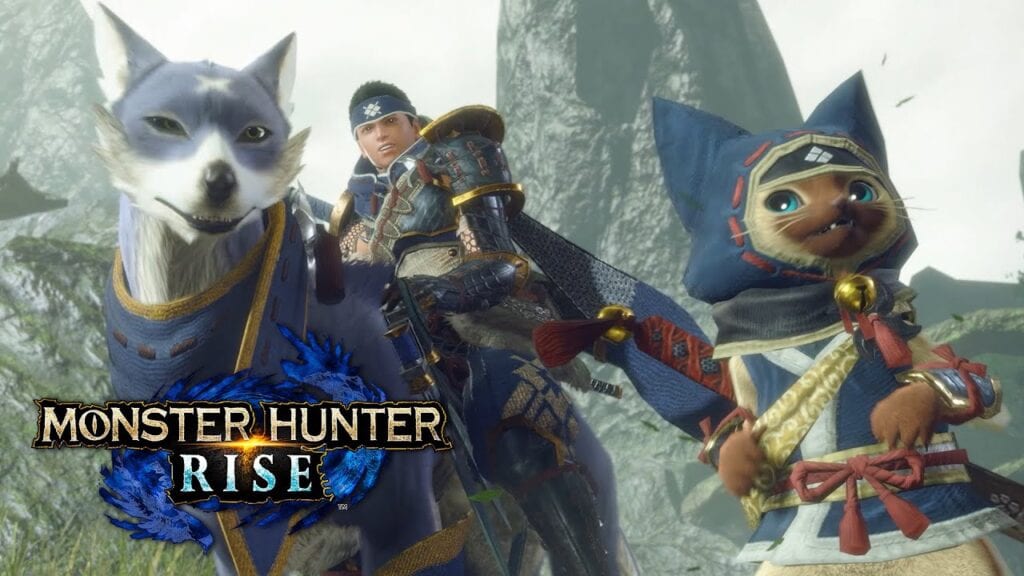 Throughout the Monster Hunter franchise, players have been accompanied by companions called Felynes. These humanoid creatures appear as bipedal cats that can understand and speak human languages, acting as chefs and comrades for adventurers for so long that they are considered to be integral to the culture and lives of Hunters. Unfortunately, for those who aren’t terribly fond of cats, that’s all they’ve been stuck with until now. Now, a new title is on the way called Monster Hunter Rise that will give players a chance to employ the help of a Canyne companions.

Monster Hunter Rise was announced during a recent Nintendo Direct. During the presentation, it’s revealed that players will be able to recruit the new Canyne “Palamute” comrades to bring with them on their journey. Unlike the Support-type Palicos, the Palamute is an attack-type companion that will help Hunters in a variety of ways on the battlefield, though they didn’t go into detail as to how. Outside of combat players will be able to use these Canyne buddies as a mount, removing the limitation of stamina and allowing players to traverse the world incredibly fast as well as use healing items while on the move.

Hunters will be able to take a total of two companions into battle and can freely choose what combination they prefer whether its 2 Palamutes, 2 Palicos, or 1 of each, though in multiplayer players will only be able to bring one companion along for the ride. It’ll be interesting to see just how these new furry compadres affect each fight and how they mesh with the Palico companions along the way.