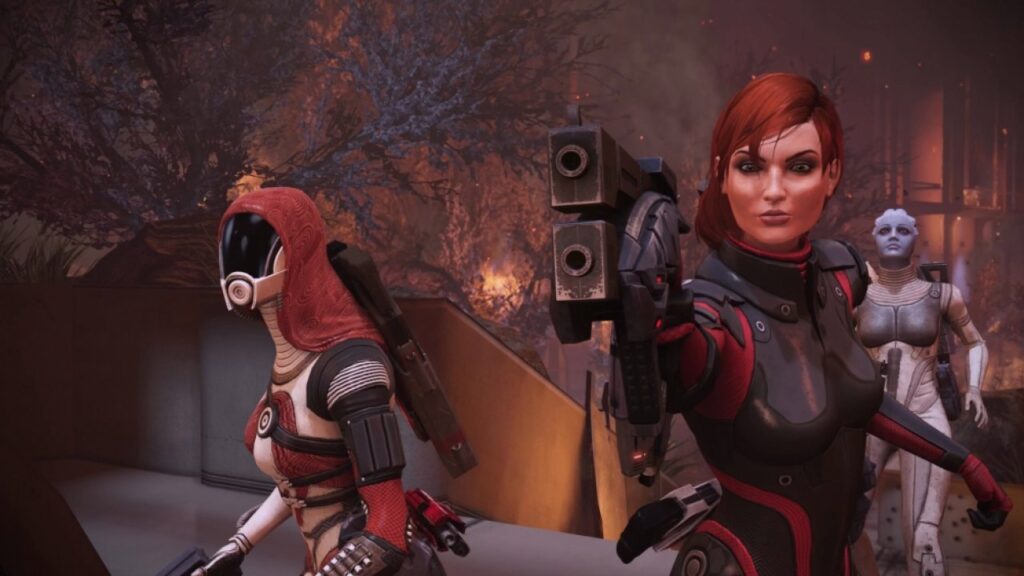 As more and more video game franchises achieve enough popularity to envelop film and television, series’ like Fallout and Halo are continually being greenlit for big-budget live-action adaptations on streaming services like Prime Video and Paramount Plus, respectively. The Mass Effect series has long been primed in this regard and fans could only dream of seeing adapted for live-action. Recently, these wishes were seemingly acknowledged, as a report claimed Amazon is considering footing the bill for a live-action Mass Effect TV series. Now, one former BioWare writer has spoken about the project, claiming it makes him “cringe just a little.”

I’m relieved to see that the Mass Effect/Amazon deal is for a potential TV series and not a movie. Even so, the possibility (and likewise for Dragon Age) makes me cringe just a little, unlike many fans who appear… excited?

Former BioWare writer David Gaider recently released a string of tweets on his official Twitter account in reaction to news of a potential Amazon television series. At first, the ex-Dragon Age creative expressed his delight at the idea of such a beloved cast of characters being brought to life as a television series, rather than a movie. However, Gaider did express slight concerns about adapting Mass Effect to a non-video game medium in general, saying that “the possibility makes me cringe just a little.”

Secondly, those protagonists are designed to be a bit of a blank slate, one that the player fills out with their decisions. That’s not going to work for a passive medium. So, suddenly, the protagonist will have their own personality… and their own *story*. That will be weird.

Among Gaider’s concerns, the writer argued that the games center around a custom protagonist, which essentially allows the player to inject as much or as little of themselves onto the protagonist as they wish. The choice-based adventure also makes the protagonist a blank slate, allowing for the player’s decisions to largely flow between all the lines of dialogue and relationships with other characters. With so many companion characters, eventful decisions, and permutations of storylines from the games to potentially adopt, so many potential elements will likely either have to be reduced or cut entirely to make the series properly flow without alienating new audiences.

Take all that out, lose most of the companions, and you potentially end up with… a pretty run-of-the-mill fantasy or science-fiction show, one where a lot of the built-in audience has possibly been turned into outraged, howling malcontents before it’s even released.

In his many posts on Twitter, Gaider lists plenty of other potential pitfalls as well, but suffice it to say, his message presents all the issues that very well could occur when translating video games to passive forms of media. Hopefully, the creative team behind the new series takes all of these factors into account, so that they can find the sweet spot of pleasing both fans and new audiences as well. But perhaps that’s harder than trying to live a Paragon and Renegade-balanced life?

What do you guys think about these comments on the potential for a Mass Effect TV series? Let us know in the comments below! Be sure to stay tuned for the latest television news, such as the first teaser trailer for the live-action Halo series at Paramount Plus, here on Don’t Feed the Gamers! Follow us on Twitter to see our updates the minute they go live!