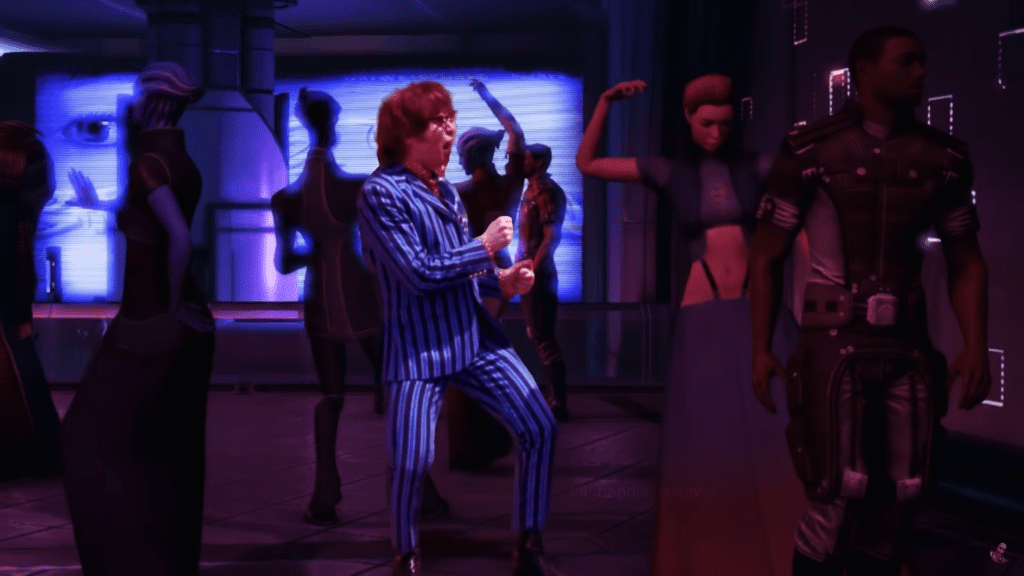 For fourteen years now, the Mass Effects series has endeared itself with many video game fans and that energy has been renewed over the past year with the announcement of a brand new Mass Effect game and the Mass Effect Legendary Edition trilogy remasters. This celebratory fandom has been particularly seen in the realm of mods and fan creations as modders help improve the Legendary Edition by adding first-person perspectives, fixing glitches, and even bringing crossovers to life in the game. Now, one talented fan has made the games more groovy with a new Mass Effect Austin Powers fan video.

YouTube user eli_handle_b.wav recently released their new Mass Effect Austin Powers fan video on their YouTube channel. The video begins with Ambassador Udina and Captain Anderson conversing about who can protect the galaxy. However, instead of Commander Shepard, it is revealed to be the cryogenically-preserved Austin Powers. Clips of Mike Myers as the time-displaced Man of Mystery are then spliced into Mass Effect footage, such as him running away from husks or failing to drive the M35 Mako. Given the deep romance systems from the games, naturally Powers is seen trying to seduce the many women in the games, such as Liara and Miranda Lawson.

“Allow myself to introduce… myself.” pic.twitter.com/QY9SwYEvdL

It seemed that this Mass Effect Austin Powers fan video was not only deemed popular and celebratory enough by BioWare and EA to warrant a share on the official Mass Effect Twitter account, but the page also shared their own Shagadelic fan edit of the game as well. The social media team released a photo of Fem Shep, wearing a pair of glasses quite like Powers’s, with a dialogue tree offering the options to say “Ooo, behave”, “Groovy, Baby” and “I’ve lost my mojo.”

Mass Effect fans have proven their creativity and passionate fandom time and time again, but this really does bring their love for the games and for parody comedy films to a new level. And that is worth more than…*presses pinky to side of mouth* ONE MILLION DOLLARS!

What do you guys think about the Mass Effect Austin Powers fan video? Let us know in the comments below! Be sure to stay tuned for the latest Mass Effect news, such as the Mass Effect Among Us mod that turns Reapers into Crewmates, here on Don’t Feed the Gamers! Follow us on Twitter to see our updates the minute they go live!