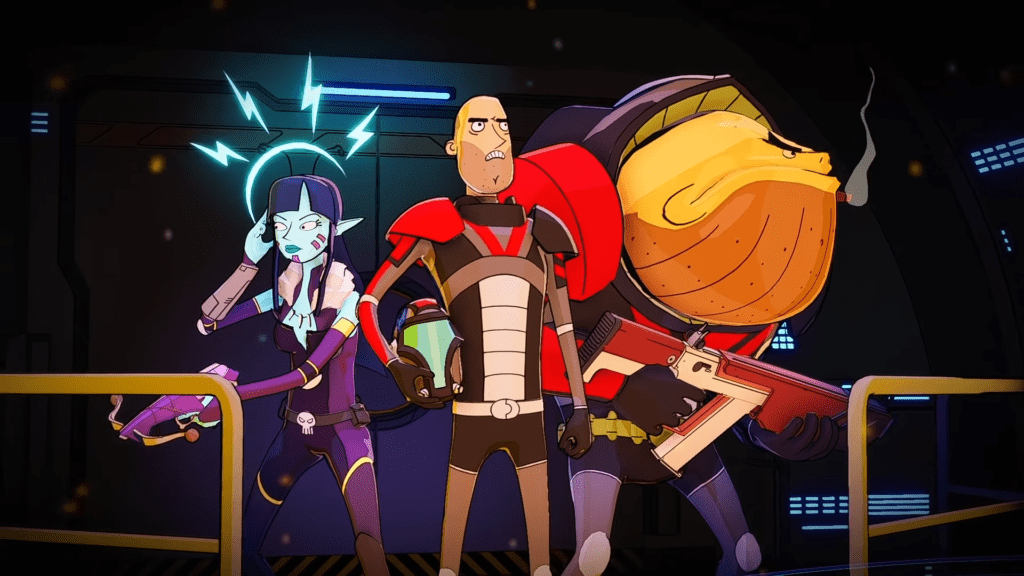 As the past year produced an appropriately legendary remaster of BioWare’s cosmic crewmate-consorting Mass Effect trilogy, the future of the series appears brighter than it’s been in years. Not only is a new adventure being assembled by original trilogy veterans, but rumors of a full-scale TV series are also alight, possibly involving the internet’s “king of the nerds” Henry Cavill. Until then, it looks like fans can expect to experience an offbeat interim in the form of Minimal Affect, a humorous and cartoony RPG shooter heavily inspired by the Mass Effect series.

After a hilarious announcement back in 2020, relatively few updates have been put forth by publisher Sold Out and developer Toadman Studios in the months since, with the comedic space odyssey all but passing by its initial 2021 release window. Considering the colossal challenges dealt by the ongoing pandemic, it might be easy to assume the worst for the colorful project. However, the game’s developers have now issued an update, assuring Minimal Affect is indeed still in development, while also teasing more information to be revealed later in 2022.

Absolutely still in development, waaaaay to much fun to send this into a black hole! 🙂
Stay tuned for news in 2022 🙂

Responding to a fan’s question, Minimal Affect was said to be “absolutely still in development,” by the game’s official Twitter account, also encouraging all to “stay tuned for news” in 2022. Though this isn’t the most substantial of updates, the news is likely to inspire smiles for those hoping to eventually hop aboard the over-the-top alien adventure. Though footage of the title is sparse, a ridiculous lampoon of the Mass Effect games definitely sounds like a fun idea, especially considering the top-tier meme culture surrounding the exploits of Commander Shepard.

As for the game itself, Minimal Affect follows the over-inflated Commander Creed and his alien crew as they lead the fight against deadly space parasites called the Harvesters. “Minimal Affect is our homage to some of the greatest sci-fi RPGs, movies, and shows that we absolutely love,” creative director Rasmus Davidsson said in the game’s reveal. “While the story is ridiculous, the gameplay certainly is not—this is a fully-fledged action RPG created in the art-style of adult animation you know and love. It’s a super galactic tale of space adventure, comedy, and questionable morality.”

Minimal Affect is expected to release for PC and “most major consoles” sometime in 2022.

What do you think? Are you excited to see more news teased for Minimal Affect, or are you just wondering what that next Mass Effect game is all about? Let us know in the comments below and be sure to follow Don’t Feed the Gamers on Twitter and Facebook to be informed of the latest gaming and entertainment news 24 hours a day!​