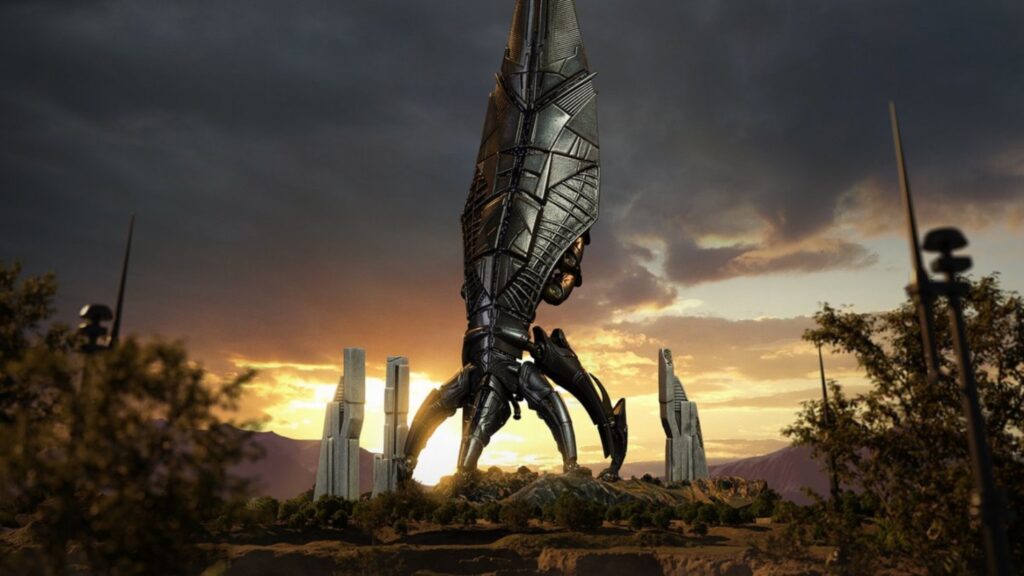 The medium of video games is full of franchises that appeal to passionate fanbases, with one of the most passionate being highly devoted to the Mass Effect franchise. The original Mass Effect trilogy has resonated with fans for more than a decade now, warranting a well-received remaster of the original adventures last year. The most fervent fans these days take great measures to represent their fandom, with highly-detailed statues by companies like Dark Horse being among the most premium merchandise these fans can purchase. Now, Dark Horse has revealed their new highly-detailed statue of the Mass Effect Reaper Sovereign starship.

The Mass Effect: Reaper Sovereign can now join your Normandy SR-1 and other replicas! @DarkHorseDirect and @bioware have teamed up for another exquisitely detailed collectible. Details: https://t.co/v8wTZEL9jG

Dark Horse listed a new Mass Effect Reaper Sovereign statue on its official website. The polyresin statue designed by Gentle Giant Studios measures 14 inches tall and 11 inches wide, with its base meant to mimic the look of the planet Eden Prime from the first game. The statue comes with a price tag of $299.99 USD and is available for pre-order now. Only 1,000 statues are going to be made, with their release set to fall sometime between November of this year and January 2023. 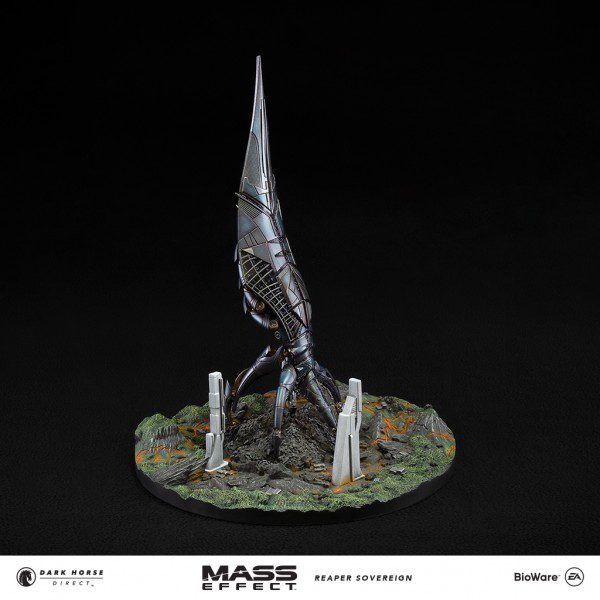 Hardcore Mass Effect fans may likely be aware of Dark Horse’s handiwork. They already had made a highly detailed replica statue of Mass Effect’s iconic Alliance Normandy SR-1 starship before this new statue. While all of these previous statues have now fully sold out, those lucky fans that did scoop them up will find that the new Mass Effect Reaper Sovereign statue pairs quite well with the Dark Horse Alliance Normandy SR-1 statue. Fans will want to get in on this once-in-a-lifetime deal before the Reapers come home to harvest our souls and decimate all of humanity and other species.

What do you guys think about the new Mass Effect Reaper Sovereign starship statue by Dark Horse? Let us know in the comments below! Be sure to stay tuned for the latest Mass Effect news, such as the fan animation of a Mass Effect Advance Wars mashup demake, here on Don’t Feed the Gamers! Follow us on Twitter to see our updates the minute they go live!