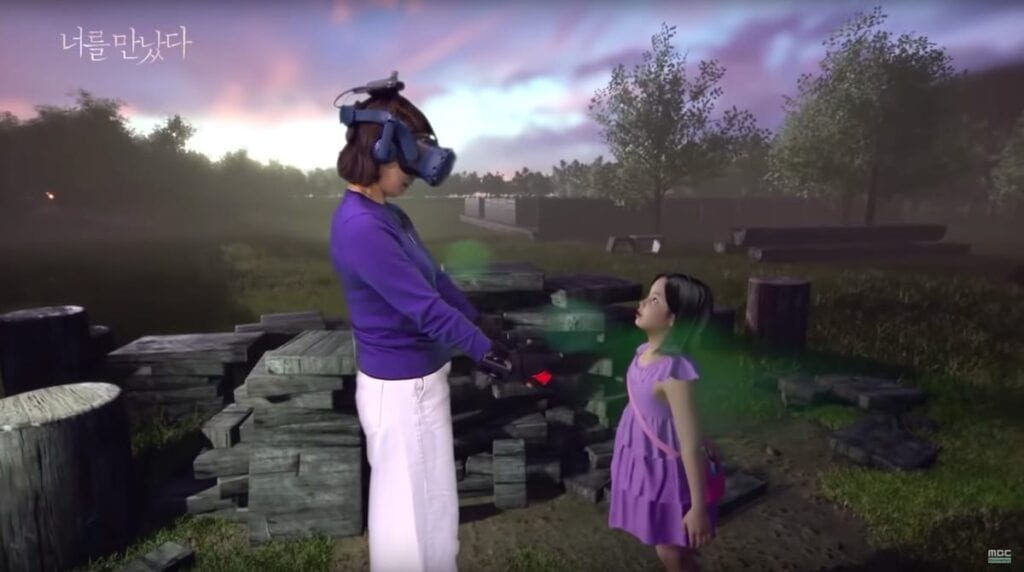 With so many allegations of gaming as a negative influence, the industry has found much in recent years to defend video games as a beneficial tool for society. One common section of gaming that has been pointed to for this defense has been virtual reality, which has allowed users to almost literally see and interact with the world from another person’s eyes. However, popular media, such as Black Mirror, has encouraged society to look at the potential ethical issues that new technological abilities can bring. Such is the case with a new Korean VR experience that allowed a mother to reunite virtually with her deceased daughter.

Ok, I formally take back every nice thing I’ve ever said about VR, and maybe technology in general. https://t.co/lxKioKiiv6

As reported on Prima Games, Korean TV series Meeting You recently shared the story of a Korean mother and her grieving process related to the loss of her young daughter. A clip from the episode showing the mother interacting with an animated, but fairly lifelike, version of her deceased daughter through a Korean VR experience crafted by a studio named Disrupt. Many outlets and viewers have perceived the clip as a bittersweet look at a woman’s reunion with her lost child, but others have pointed out the experience’s ethical implications.

This Korean documentary which featured the story of a mom’s reunion of her deceased daughter in VR is going viral, even in France. Like 90% of comment is very negative, whereas in Korea, it’s like half, half. https://t.co/WfEs2KA4VX

Many commentators have pointed out that this experience could potentially be an unearthly obstacle in the grieving process for people, as it would make accepting the loss difficult and foster a disconnect from actual reality. Some have called for a ban on this sort of VR software, while others have suggested that it could still be utilized for positive use under the supervision of a medical or psychological professional. The discourse on this one is quite varied, but popular culture has certainly helped influence the interest in considering the moral aspects of technology like that.

I for one would love the option of talking to my deceased loved ones again, but I wouldn’t trust myself with the technology being readily available to me with unlimited access. Still, being able to give a lost friend a hug or to tell a family member “I love you” one last time would be extremely cathartic for some. Public opinion will likely influence where this technology goes from here, but at least one woman can find a moment of respite from the ultimate reality that some day we all face.

Do you guys think this Korean VR experience is completely unethical? Let us know in the comments below! Be sure to stay tuned for the latest VR news, such as the Left 4 Dead VR game rumored to be in development, here on Don’t Feed the Gamers! Follow us on Twitter to see our updates the minute they go live! 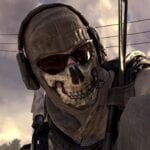 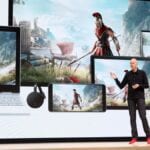