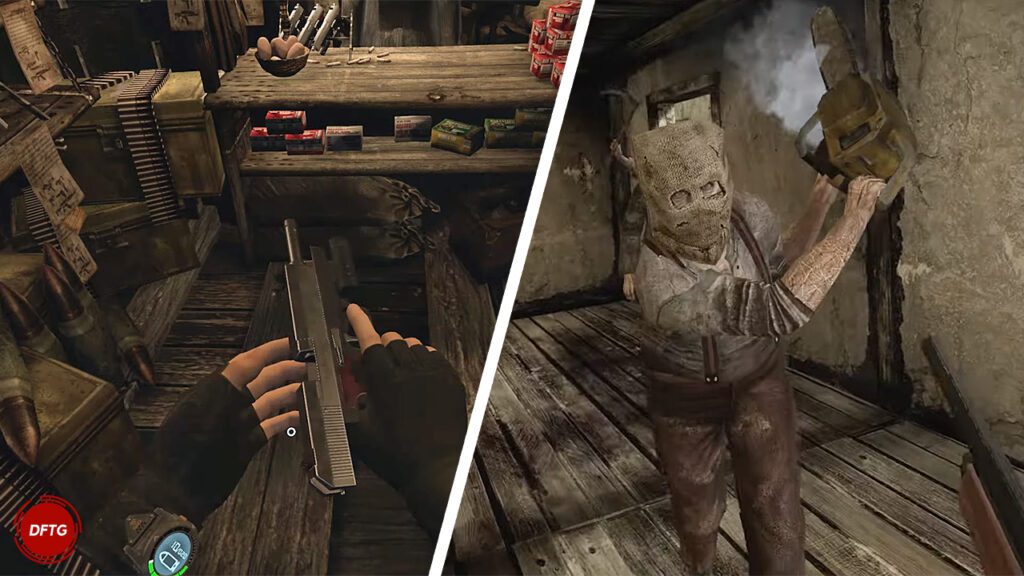 Available on over a dozen platforms across three console generations, Resident Evil 4 has risen from the dead so many times, it’s bordering on Skyrim levels of re-releases at this point. However, Capcom looks to be offering one of the game’s most unique ports yet with the Oculus and Armature Studio-developed Resident Evil 4 VR. After being announced earlier this year, the immersive survival horror experience has now scared up an official release date.

As revealed In a new Oculus blog post, Resident Evil 4 VR officially lands as an Oculus Quest 2 exclusive on October 21st. A launch date for the title was revealed alongside a new gameplay trailer, which, while not super-lengthy, highlights how different a first-person perspective shift can be. While largely the same game, RE4’s signature puzzles and enemy encounters look to be much more intense this time around, especially with the added dimension of virtual reality. Check out the footage below.

This new trailer marks the most recent footage shown for Resident Evil 4 VR since back in April, which then only amounted to about 30 seconds of pre-alpha gameplay. On top of the classic 2005 experience, the VR title is set to introduce several new elements, including interactive weapons, a dual-wielding mechanic, and support for both teleportation and room-scale movement. The game will also sport a 3D-realized inventory system that enables the player to equip and holster weapons directly on their in-game body.

What do you think? Are you excited about the release of Resident Evil 4 VR, or would you rather play with the RE chainsaw controller than try your hand at VR? Let us know in the comments below and be sure to follow Don’t Feed the Gamers on Twitter and Facebook to be informed of the latest gaming and entertainment news 24 hours a day!​

Deathloop Actor Reveals He's Getting A PS5 Courtesy Of Bethesda