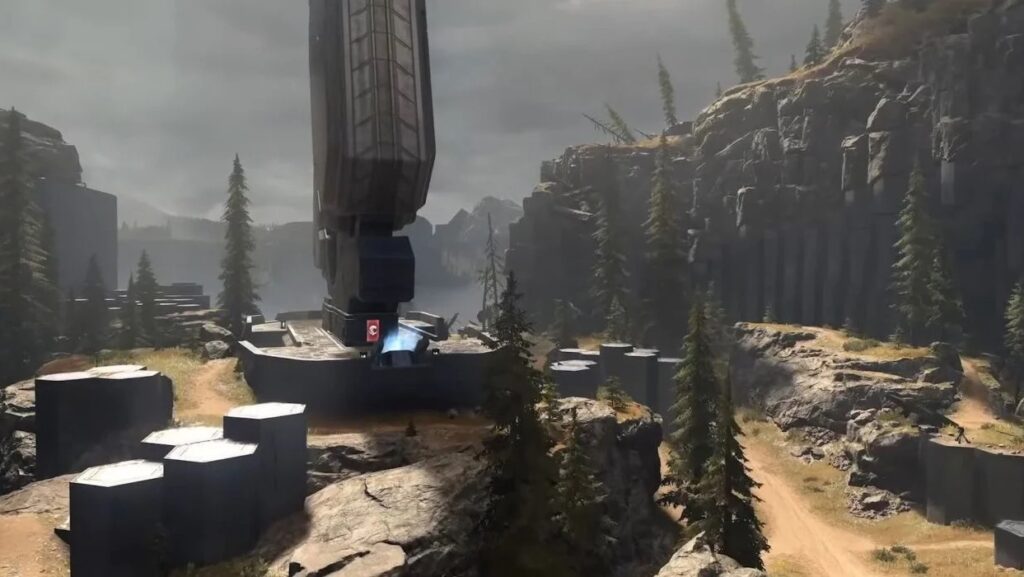 Loot caves have become both a meme and a way to earn some incredible loot in games, with the accidental trend kicking off with Bungie’s Destiny. The original cave allowed players to farm stellar loot quite rapidly before it was patched, though the developers left a cheeky reminder of the cave itself for players to interact with albeit without any grindable loot. Over time other games have incorporated “loot caves” oftentimes as a joke, while others like Apex Legends have used loot caves as a way to give players a chance to equip some top-tier gear and weapons. Now, it’s been revealed that Halo Infinite will continue the trend with its own loot caves.

A recent Halo Infinite Multiplayer Tech Preview showed off some new content that will be available in the game and part of the focus for the second Flight testing period. At one point in the preview, the developers showed off a bonafide loot cave in a Big Team Battle match where players can send their AI to hack a locked door as a sub-objective. In the meantime, Spartans will need to defend the cave over a period of time before gaining access. Within is an assortment of powerful weapons and items to use in the rest of the fight. It’s an interesting way to bring the fight to a different part of the battlefield, potentially increasing the action within each match.

Halo Infinite is set to launch for PC, Xbox One, and Xbox Series X/S on December 8th of this year. The Big Team Battle technical preview is set to run from September 24th to October 4th of this year. Access will only be available between the hours of 10 AM to 2 PM PT or 1 PM to 5 PM ET as well as 5 PM to 9 PM PT or 8 PM to 12 AM ET. As with all Flight testing, fans who want to get in on the action will need to first be an Insider and wait to be selected for each testing period. Let us know your thoughts on having loot caves in Halo Infinite and more in the comments section below. As always, don’t forget to follow Don’t Feed the Gamers on Twitter for 24/7 coverage of all things gaming and entertainment.