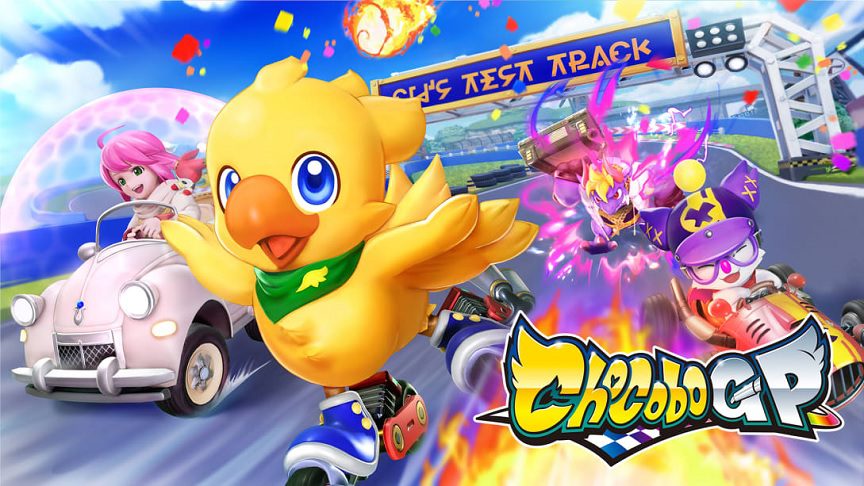 As one would expect from a Final Fantasy kart game, players will have their choice of karts, roller skates, and more to choose from as they race as characters from the Final Fantasy franchise. These characters appear to be some of the more wholesome options from Final Fantasy games such as Moogle, Chocobo, Vivi, Behemoth, Gilgamesh, Steiner, and more. The tracks shown thus far are similarly steeped in Final Fantasy history, with the reveal trailer showcasing Cid’s Test Course (FFVII), Alexandria, what appears to be Lindblum, and of course the Gold Saucer.

If Square Enix is following a similar format to Mario Kart then players can expect a ton of unlockable karts and characters that will undoubtedly please Final Fantasy fanatics. What we’ve seen thus far has for the most part centered around Final Fantasy IX and the Final Fantasy universe in general, though chances are we’ll hear about more unlockable characters prior to the game’s release.

Chocobo GP is slated to release in 2022 exclusively for Nintendo Switch.

Thoughts on the newly announced Chocobo GP? Which Final Fantasy characters are you hoping will make an appearance? Let us know in the comments section below, and as always, stay tuned to Don’t Feed the Gamers for all the latest gaming and entertainment news! Don’t forget to follow DFTG on Twitter for our 24/7 news feed!