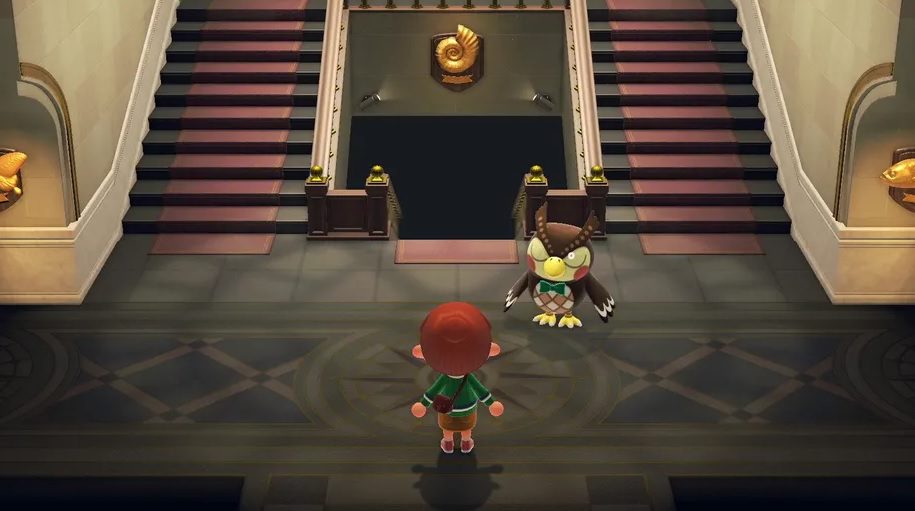 The Nintendo Switch continues to hit its streak, with much of their success coming from their first party titles. Easily the biggest hit from the past year and a half has been Animal Crossing: New Horizons, which has provided much needed escape for many players since its release. Nintendo helped keep excitement over the game by releasing regular content updates that helped celebrate holidays and special events. One particular piece of the Animal Crossing world that has been absent so far in New Horzions has been Brewster the pigeon and his coffee shop. Now, it seems that at long last he will make his return in a new update.

Nintendo has released the new Animal Crossing: New Horizons update announcement trailer on their official YouTube channel, after having had it premiere yesterday as a part of their Nintendo Direct digital presentation. The trailer shows a villager walking up to the 2nd floor of their island’s museum, and now noticing that a new wing has been added on the left side of the second floor. The sign appears to have the logo of none other than Brewster’s silhouette, as previously used for his coffee shop in previous Animal Crossing iterations. This will be the first reappearance of Brewster in an Animal Crossing game since the Brewster’s Sweet Harvest event in Pocket Camp. 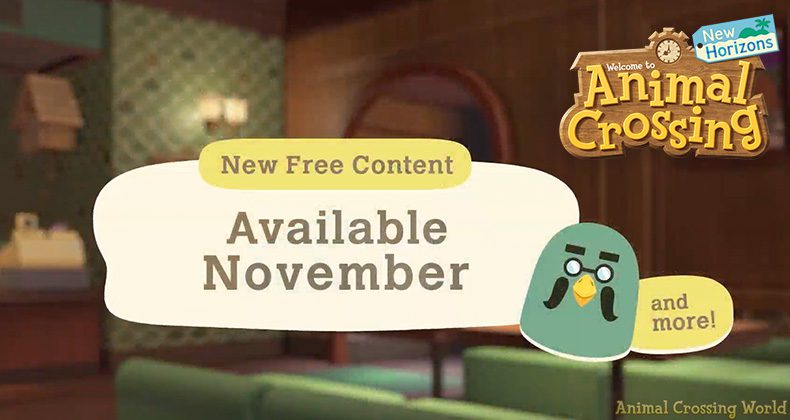 The trailer continues to state that a special Animal Crossing-focused Nintendo Direct will reveal more details about the New Horizons update in October, with the update currently suggested to be arriving some time in November. Long time Animal Crossing fans have been longing to see the return of Brewster and The Roose in the series for quite some time, and now thankfully they will have their desires met later this year.

What do you guys think about the new Animal Crossing: New Horizons update featuring Brewster and The Roost? Let us know in the comments below! Be sure to stay tuned for the latest Nintendo news, such as the Nintendo 64 and Sega Genesis games coming with the new Nintendo Switch Online Expansion subscription, here on Don’t Feed the Gamers! Follow us on Twitter to see our updates the minute they go live!