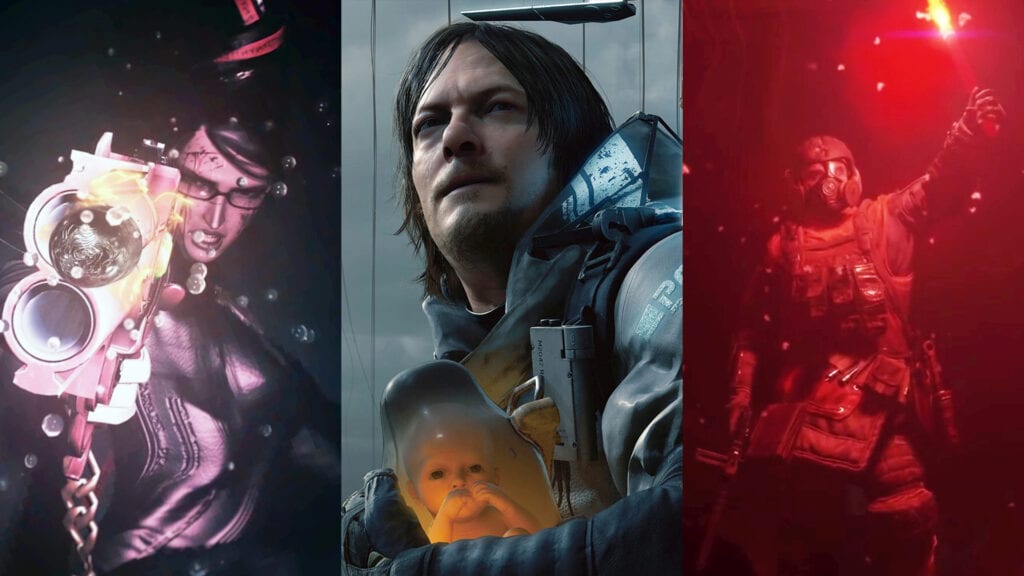 The Game Awards 2017 has come and gone, and the proceedings offered a welcome appreciation for achievements in gaming. The event was filled to the brim with notable guests from all corners of the industry, a sight only surpassed by the large assortment of game announcements that made their celebrated debuts. Trailers at the show offered looks at newly unveiled projects and fresh perspectives on upcoming games. A collection of all these thrilling, strange, and imaginative reveals from The Game Awards 2017 can be viewed below. 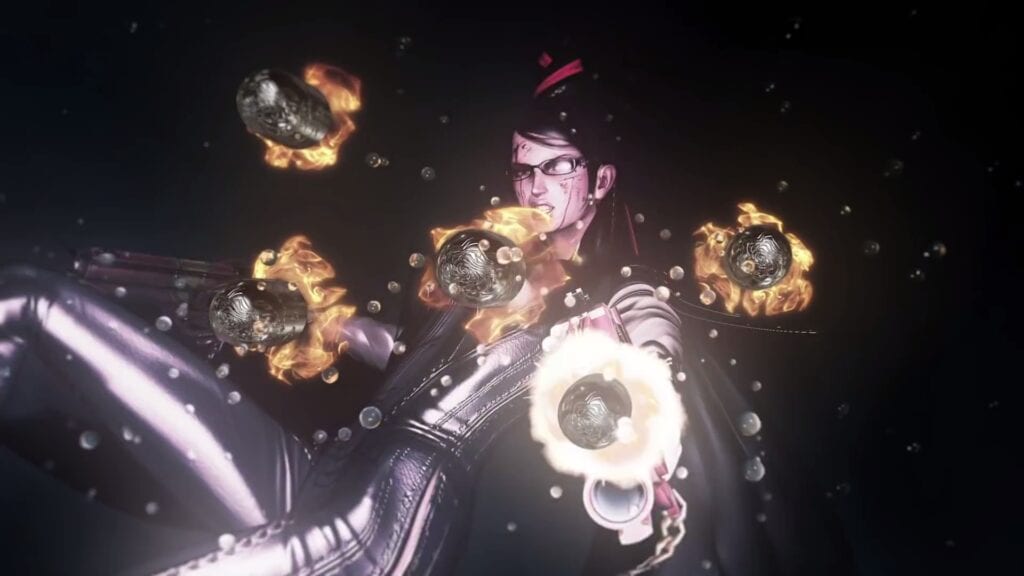 Nintendo was instrumental in bringing a long-desired Bayonetta sequel into the world, releasing it alongside the original on the Wii U. Platinum Games seems to have enjoyed their previous partnership, as the developer has now announced plans to take the stylish hack-and-slashers to the current-gen Nintendo Switch. If that news wasn’t exciting enough, Platinum also surprisingly revealed their development on Bayonetta 3 in a brief, but spectacular teaser. 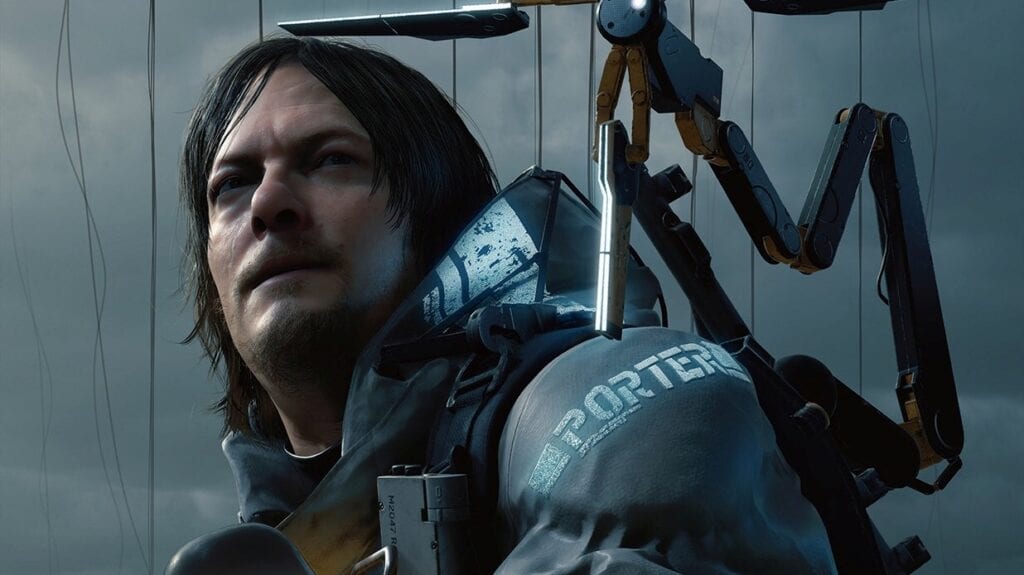 Hideo Kojima’s upcoming game Death Stranding has been illusive to say the least when it comes to story, gameplay, or just about anything. Our only impression of the mind-trippy title are its few short trailers that ooze creepiness and the star power of Norman Reedus, but ultimately give away nothing in terms of substance. The Game Awards 2017 offered yet another dream-haunting experience for gamers, but Kojima insists there is a “clue” hidden in this new video, just waiting for us to find it.

Most of what LittleBigPlanet studio Media Molecule is planning for their next game Dreams is largely kept under wraps. From what we’ve gathered, it seems to be a world-creation game not unlike Sackboy’s adventures, but with much more complex tools as evident from the above Game Awards 2017 trailer. Dreams has a 2018 release window in mind and more is expected to be revealed at the upcoming PlayStation Experience. 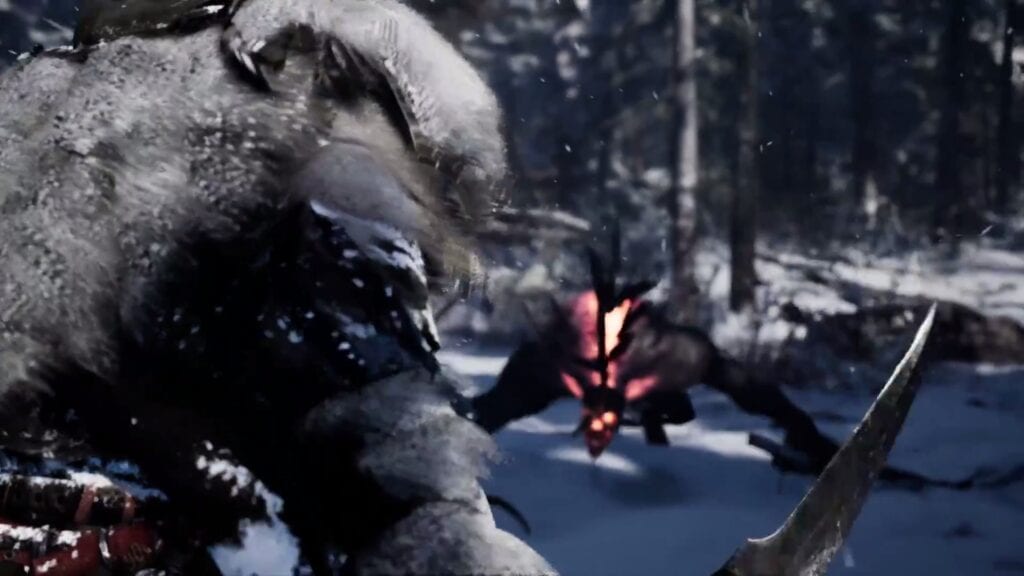 Surviving an unforgiving post-apocalyptic winter is the objective in THQ Nordic’s Fade To Silence. Players assume the role of Ash a resourceful leader that must scavenge supplies and navigate a frozen wasteland lurking with monstrous creatures. The trailer shows Ash’s access to upgradeable weapons, items, and snow-based vehicles to combat these harsh conditions, but the odds seem very much stacked against him. Fade To Silence enters Early Access on December 14.

For a limited time, Epic Games’ popular competitive survival title Fortnite:Battle Royale is getting a “50 vs. 50” mode, which will allow for up to 100 people at a time to wage war on each other. Essentially a souped-up “team deathmatch”, this temporary mode will be the first of many unique game types headed to Fortnite in the future. 50v50 will be available from Thursday, December 7 until Sunday, December 17. 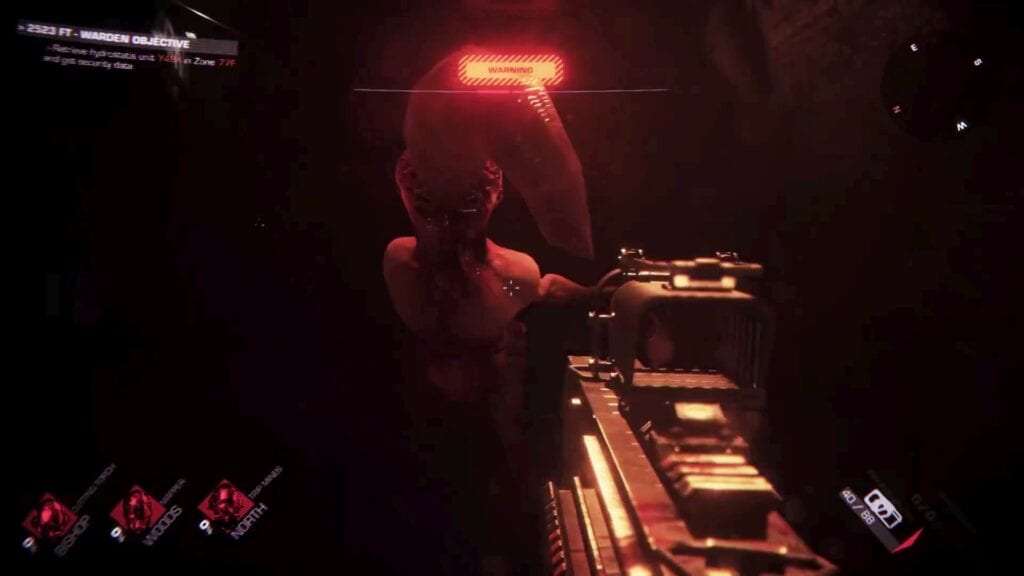 GTFO are wise initials indeed after witnessing the trailer for the titular game at The Game Awards 2017. The four-player co-op shooter comes from 10 Chambers Collective, a studio started by former Payday series designer. The brave souls who decide to play GTFO are tasked with extracting valuable artifacts from an underground labyrinth of passages, with the threat of gruesome beasts slithering around every corner. The horror title is expected to fright the masses sometime in 2018.

In The Valley Of Gods 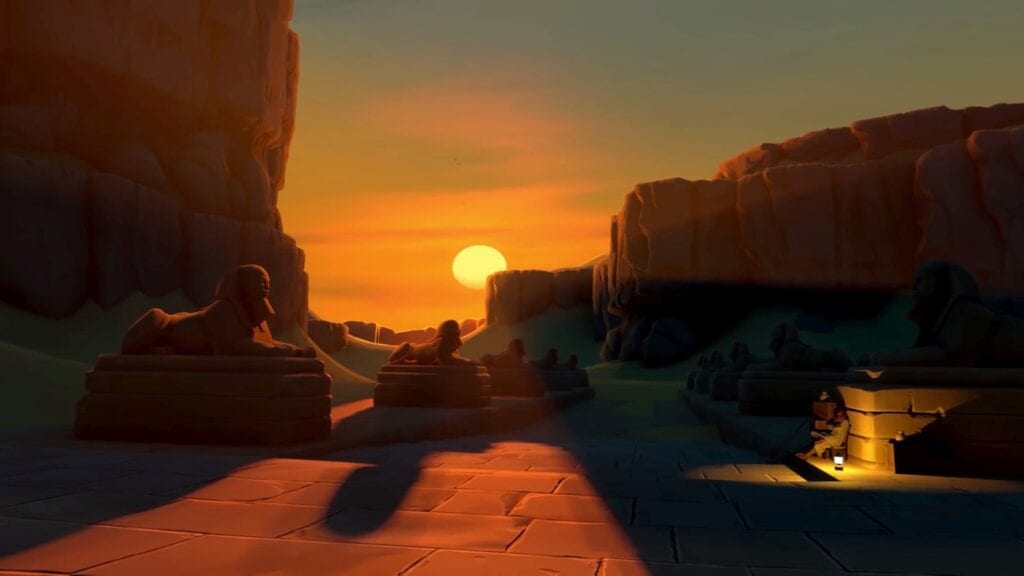 The crew at Campo Santo Productions have been relatively quiet as of late, having last given the gaming world the adventurous delights of Firewatch. With the announcement of their next big game In The Valley Of Gods, it isn’t difficult to see what kept them busy. The first-person adventure takes players on an expedition within an ancient Egyptian civilization, discovering ruins and uncovering treasures, all while unknown danger lurks among the sands. No release information is yet available.

The Legend of Zelda: Breath Of The Wild – The Champions’ Ballad DLC 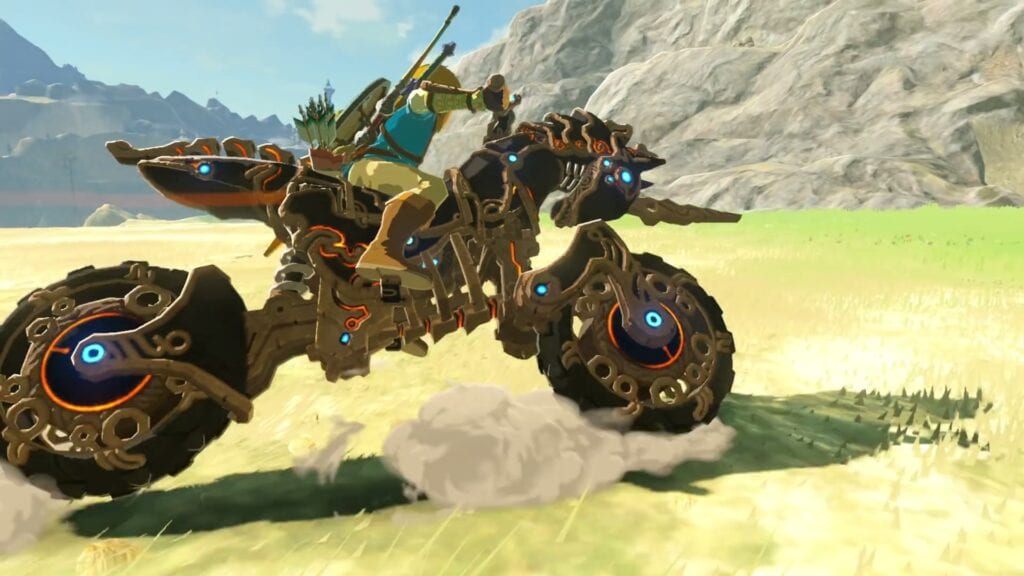 Yes, a motorbike. Those who picked up the Expansion Pass for The Legend of Zelda: Breath Of The Wild are likely through the roof with excitement after The Champions’ Ballad DLC finally had its first trailer. The footage gives us a great look at Link’s expanded adventure ahead alongside the other four Champions of Hyrule. How they factor into the story is unclear, but at least we’re getting amiibo for each of them! The Champions’ Ballad is now available for Wii U and Switch. 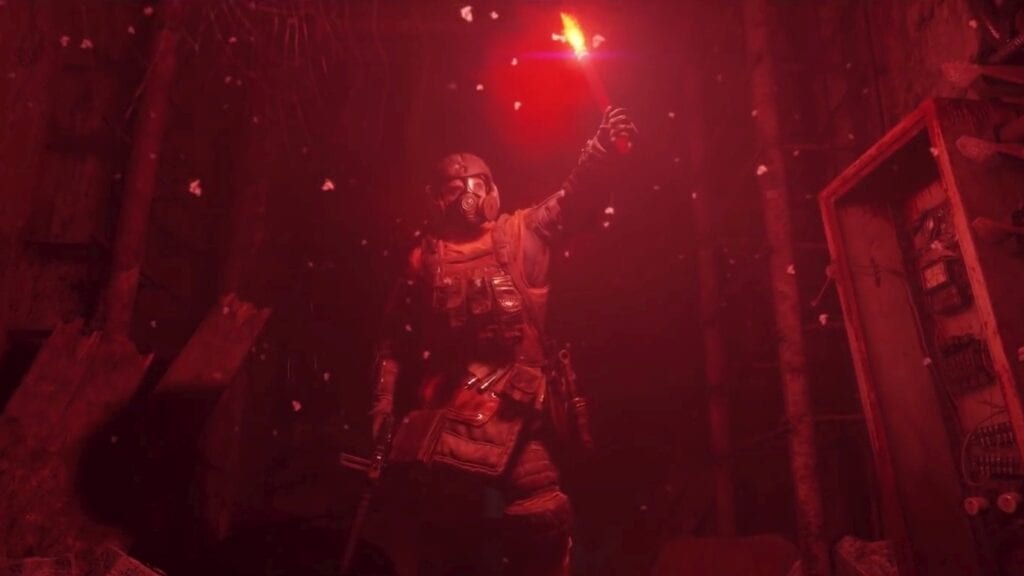 4A Games’ post-apocalyptic series continues with Metro Exodus, following the “Redemption” ending of the previous game Last Light. Players follow protagonist Artyom and his wife Anna as they make their way through the war-weathered streets of Russia, gathering supplies around the empty city. The footage shown off at The Game Awards 2017 retains the desolate atmosphere Metro is known for, but packing some gorgeous cinematic visuals for its debut on 4K systems. We can expect Metro Exodus to release in Fall 2018. 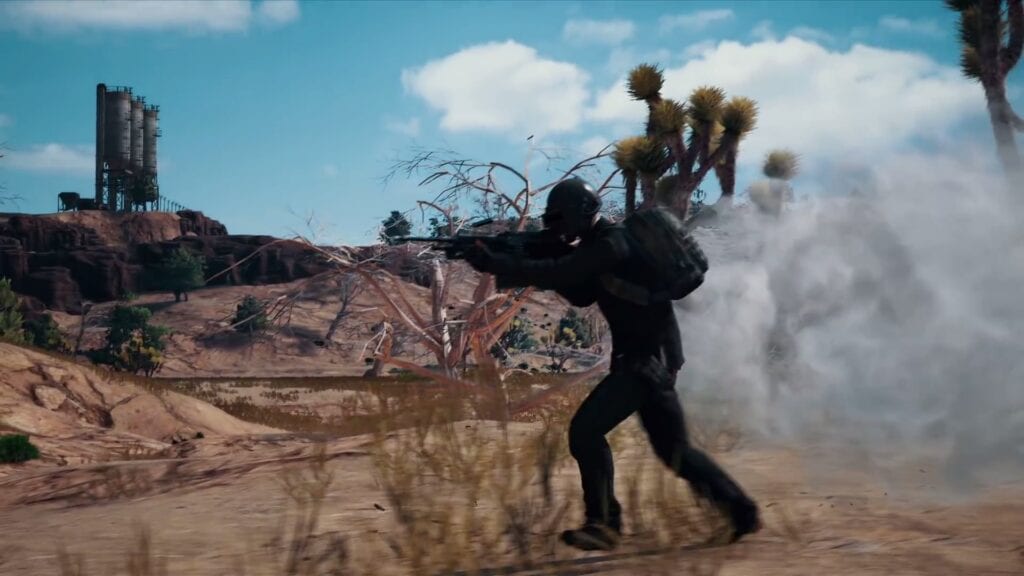 Battling endless waves of people just got a bit more interesting now that PlayerUnknown’s Battlegrounds is getting an all-new desert map. As featured in the recent trailer, the desert locale of Miramar will provide that balmy sunny weather we’ve been craving, as well as several new weapons and vehicles to better quench our thirst for murder in the desert heat.

Rare’s multiplayer pirate extravaganza Sea of Thieves is aiming to give players the most swashbuckling gaming experience across the seven seas. Customization, combat, and exploration are key in the PvP game, as is the age-old pirate trope of finding buried treasure. Our inner buccaneer will surely let out a hearty “arr” upon learning the title will release on March 20, 2018 for PC and Xbox 360. Arr! 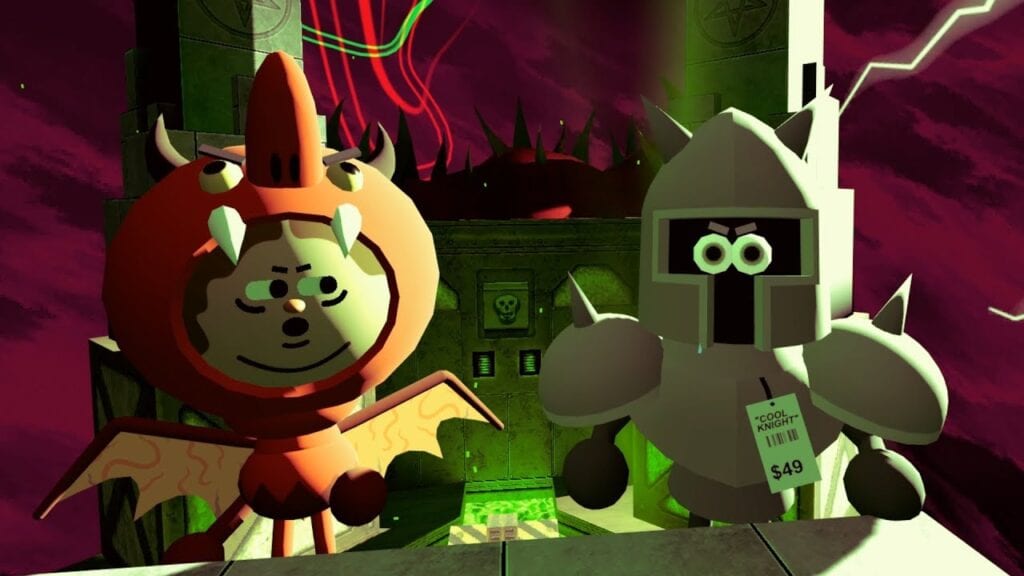 From ‘Stanley Parable’ developer Crows Crows Crows and Rick & Morty creator Justin Roiland comes the bizarre and very foul-mouthed game Smith & Smitherson Accounting+. The footage revealed at The Game Awards 2017 fully captures all the strange charms of an angry white blob hurling obscenities through a montage of outlandish scenarios that in no way relate to accounting. A grotesquely hilarious adventure awaits when Accounting+ hits PlayStation VR on December 19.

The creators of the quirky VR title Rick and Morty: Virtual Rick-ality return to the immersive medium once again for Vacation Simulator. Players will lounge around the paradise of Vacation Island in hopes of exploring and awkwardly accomplishing the tasks of recreation, relaxation and the classic human pastime of sunburn. Taking a break from their last career-based Simulator, Owlchemy Labs’ new Vacation experience will arrive for the HTC Vive, Oculus Rift, and PlayStation VR sometime in 2018.

Not all reveals were so “revealing” at The Game Awards 2017. An ominous teaser presented by Dark Souls developer FromSoftware made that extremely evident, only divulging an obscured, bloody apparatus followed by the equally cryptic phrase “Shadows Die Twice”. Could this be a subtle Bloodborne 2 announcement, or perhaps a monstrously gruesome Armored Core sequel? In all likelihood, it’s probably an entirely new IP, but we’ll see more details as the project develops. 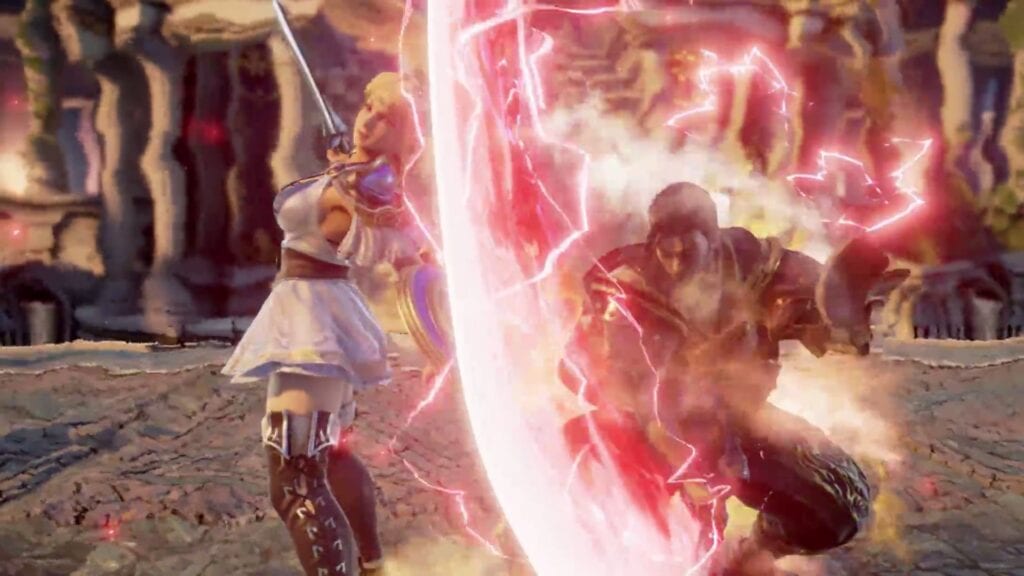 The iconic fighting franchise of Soul Calibur has finally returned! Bandai Namco announced Soul Calibur VI at The Game Awards 2017 to a hefty fanfare, as well as the expected clashing of blades. This new entry marks the first new sequel in the series since Soul Calibur V back in 2012.  The next game’s scheduled 2018 release can’t get here soon enough.

Dark fantasy-shooter Witchfire was a standout at The Game Awards for its stylish and brutal gameplay. Developed by The Astronauts, the game showcases a visual polish not unlike their previous title The Vanishing of Ethan Carter, but that’s where the obvious similarities end. Glowing monsters, decaying environments, and fast-paced gameplay make Witchfire more akin to Bethesda’s Doom, which is 100% a good thing. Thought the visuals seem extremely crisp, The Astronauts assure fans that the final product is still very far from a reality, leaving a potential release date up in the air for the time being.

With a sequel in vague stages of production, the 2013 zombie film World War Z has been pursuing numerous avenues to keep its name from becoming undead. A new survival game by Halo: Anniversary studio Saber Interactive may do just that by injecting a little Left 4 Dead fun into the one-film franchise, sporting that familiar four-player co-op. We’ll see if those ultra-vicious zombies receive their just deserts when World War Z hits PC, PlayStation 4, and Xbox One in 2018.

What was your favorite reveal from The Game Awards 2017? Let us know in the comments below and be sure to follow Don’t Feed the Gamers on Twitter to be informed of the latest gaming and entertainment news 24 hours a day! For more big news from recent weeks, check out these next few links: 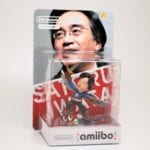 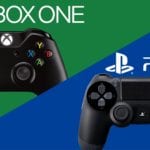